When World War II Army Veteran Maurice (Mo) Lanquette reached his 100th birthday on December 19, 2022, he celebrated in a grand manner. First, friends and family gathered in the Kings Point clubhouse for a party that also honored his sister’s 101st birthday—also in December. 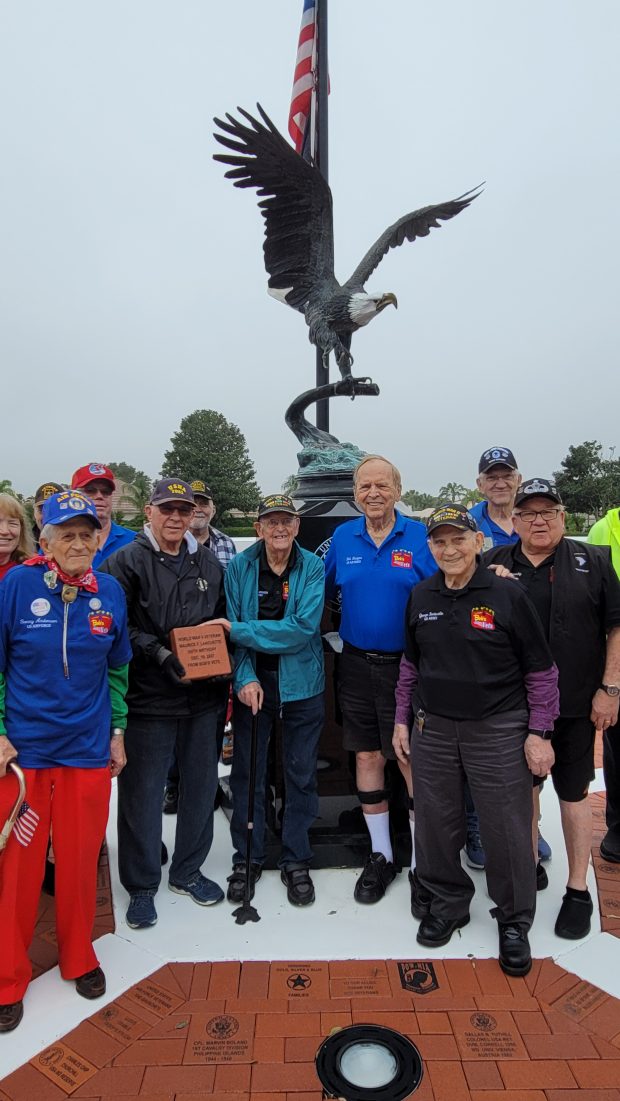 Phyliss Hodges photo
Friends from Bob’s Vets contributed to the SCC Charitable Foundation for a brick at the Sun City Center Veterans Memorial in honor of WWII Army Veteran “Mo” Lanquette. They attended a ceremony where the brick was installed by Walt Cawein, foundation president.

A brick-laying ceremony followed a few days later at the Sun City Center Veterans Memorial. It was scheduled immediately following a Bob’s Vets weekly gathering at Bob Evans that Lanquette attends regularly. SCC Charitable Foundation President Walt Cawein was on hand with hammer in hand to install the 8×8” brick and explain construction aspects of the four-year-old memorial. 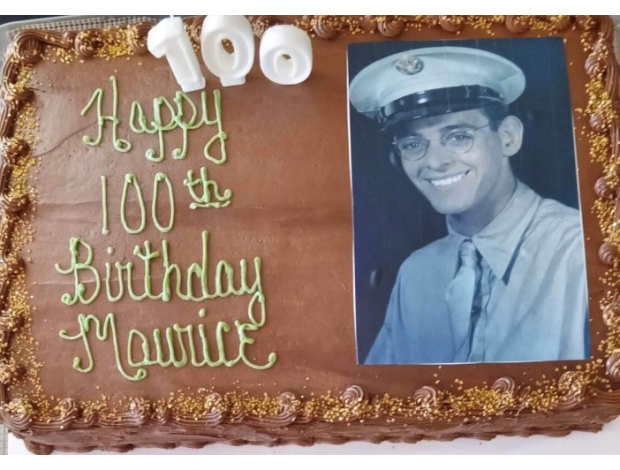 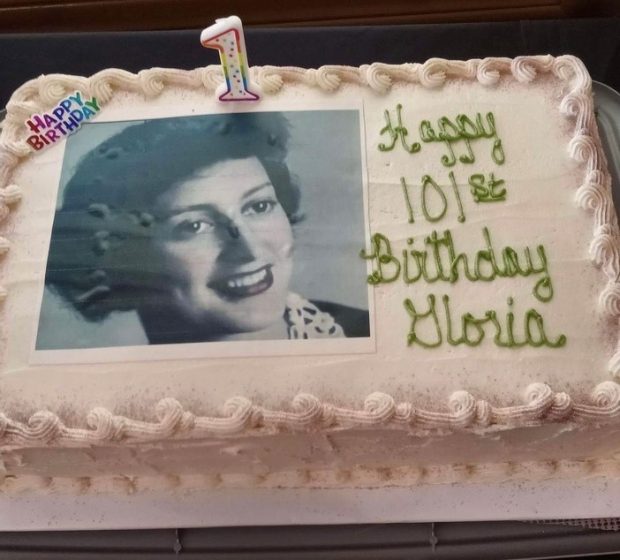 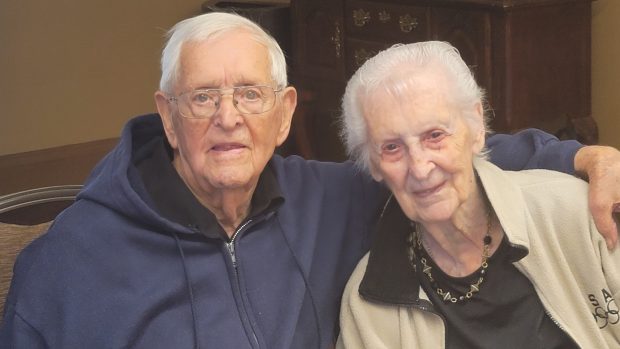 Cawein also informed the group that the foundation offers bricks for 100-year-old veterans at no cost, thanks to gifts designated for this purpose. Lanquette’s brick was funded by his Bob’s Vets friends.

Donations can be made, or a brick order form obtained by visiting the foundation’s web site (charitablefoundationscc.org). Order forms are also available at the memorial site (1910 S. Pebble Beach Blvd.) and at the SCC Chamber of Commerce, the Community Association Library, Information Center as well as at many community events. For more information on eligibility, etc., contact Cawein at 813-340-0533 or waltcawein@gmail.com/.