Behind the Eagle Scout community service project at Riverview United Methodist Church is Ian Habeck, a senior at Brandon High School, who in completing the fenced-in playground deepens his family’s legacy on two fronts.

After earning the required merit badges and constructing from inception to completion the playground project at the historic Riverview church, Habeck was set to go before the Eagle Board of Review for a signed Eagle Scout application for the South Florida Council Office. Habeck turned 18 this month, which is the age required to become an Eagle Scout.

“My cousin and dad are both Eagle Scouts and my uncle made it all the way to Life Scout, which is one level below Eagle,” Habeck said. “Scouting is a long-running thing in the family.” 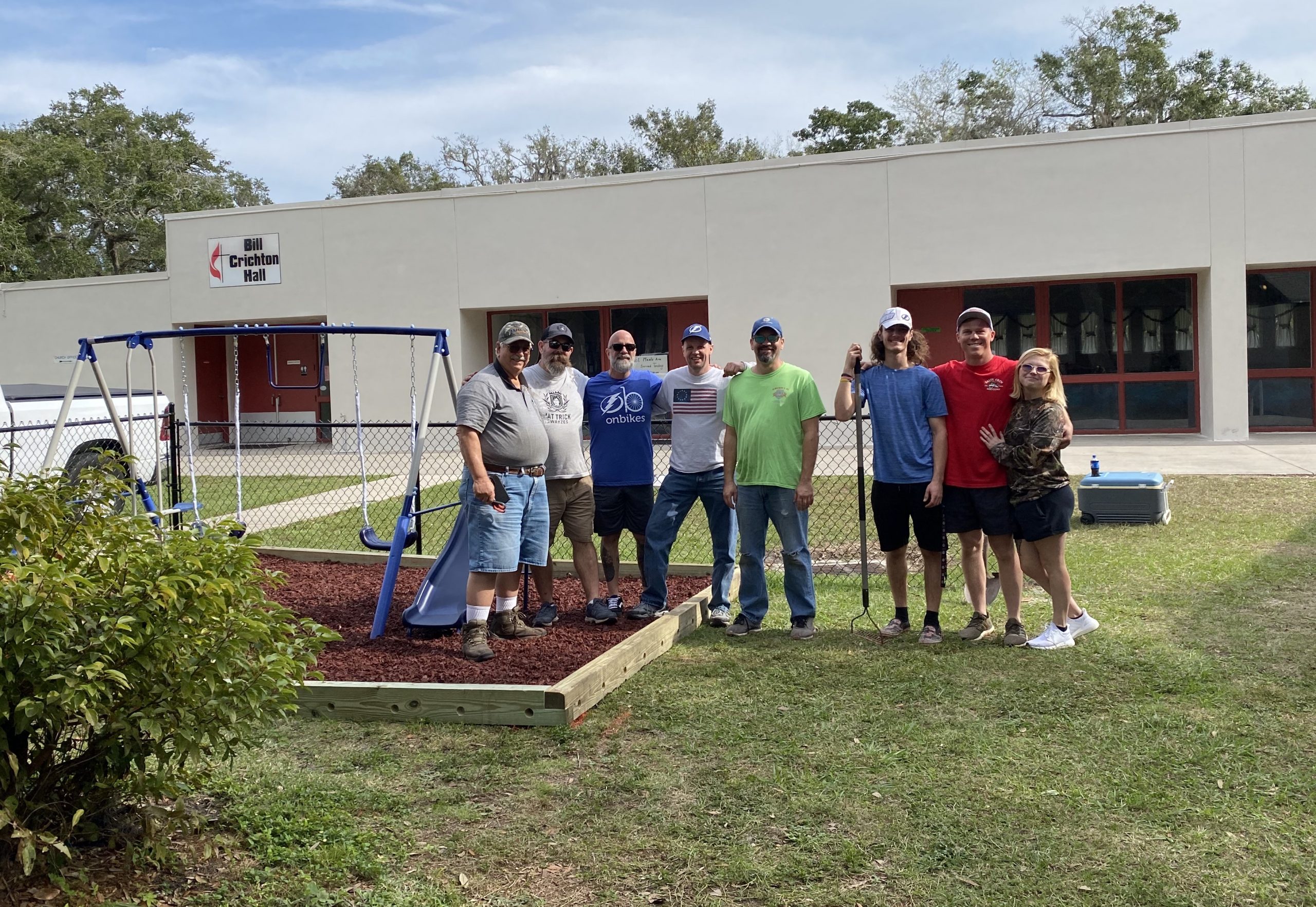 Deeply rooted as well is the family’s history in Gibsonton, well-known as the town that gave winter shelter to carnival and circus workers. Count among them Ian Habeck’s grandparents, Larry and Gala Habeck, who retired a couple years ago from the carnival business, where they worked in various states, including Pennsylvania, New Jersey North Carolina and Florida.
Overall, the playground project cost around $3,000, Ian Habeck said. What he didn’t receive as in-kind donations for materials needed, Habeck said he received from family, friends and his extended carnival family.

“In Riverview, there’s carnival people everywhere, and my grandfather gave me a list of people to call to see if they would help out,” said Habeck, who worked a few summers at carnivals. “Once you get to know all the different people there, it’s one big family and everybody helps each other out.”

Habeck hails from Troop 83, led by his father, the troop leader, which meets at Riverview United Methodist Church at the southeast corner of U.S. Highway 301 and Riverview Drive. The church in 2021 celebrated the 175th anniversary of its founding. 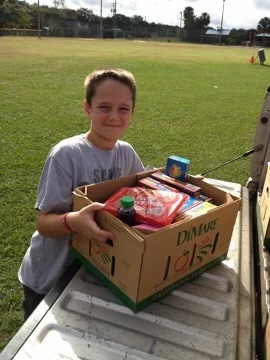 Ian Habeck as a young scout

“My grandparents moved back here when Riverview was mostly cow pastures and that church was there when they got here,” Habeck said. “It’s got some pretty serious history about it.”

In need of a children’s playground, Habeck got to work, mapping out the 50-foot by 40-foot footprint and working to get the materials needed to get the job done, both with funds raised and in-kind donations for such things as rubber mulch, borders, posts, concrete and fencing. Church members donated the playground apparatus.

Posts were laid in November, the project completed in December, and there was “a lot of help from family, friends, scouts, and one of the main scout leaders, Mr. Gary Floyd, a church member, who helped with every process of the project,” Habeck said.

“I’m very proud of Ian, I think he’s learned a lot,” said Andrew Habeck, Ian’s father, and a Troop 83 alumnus himself. “Ian really picked up the torch and went with it.”

“Not everybody needs to enjoy the college experience,” Habeck said. “Someone has to be the person to do the hands-on stuff, to be the worker. Everybody can’t sit behind a desk all day. When we don’t know how to fix stuff, then we have a problem, because nothing lasts forever.” 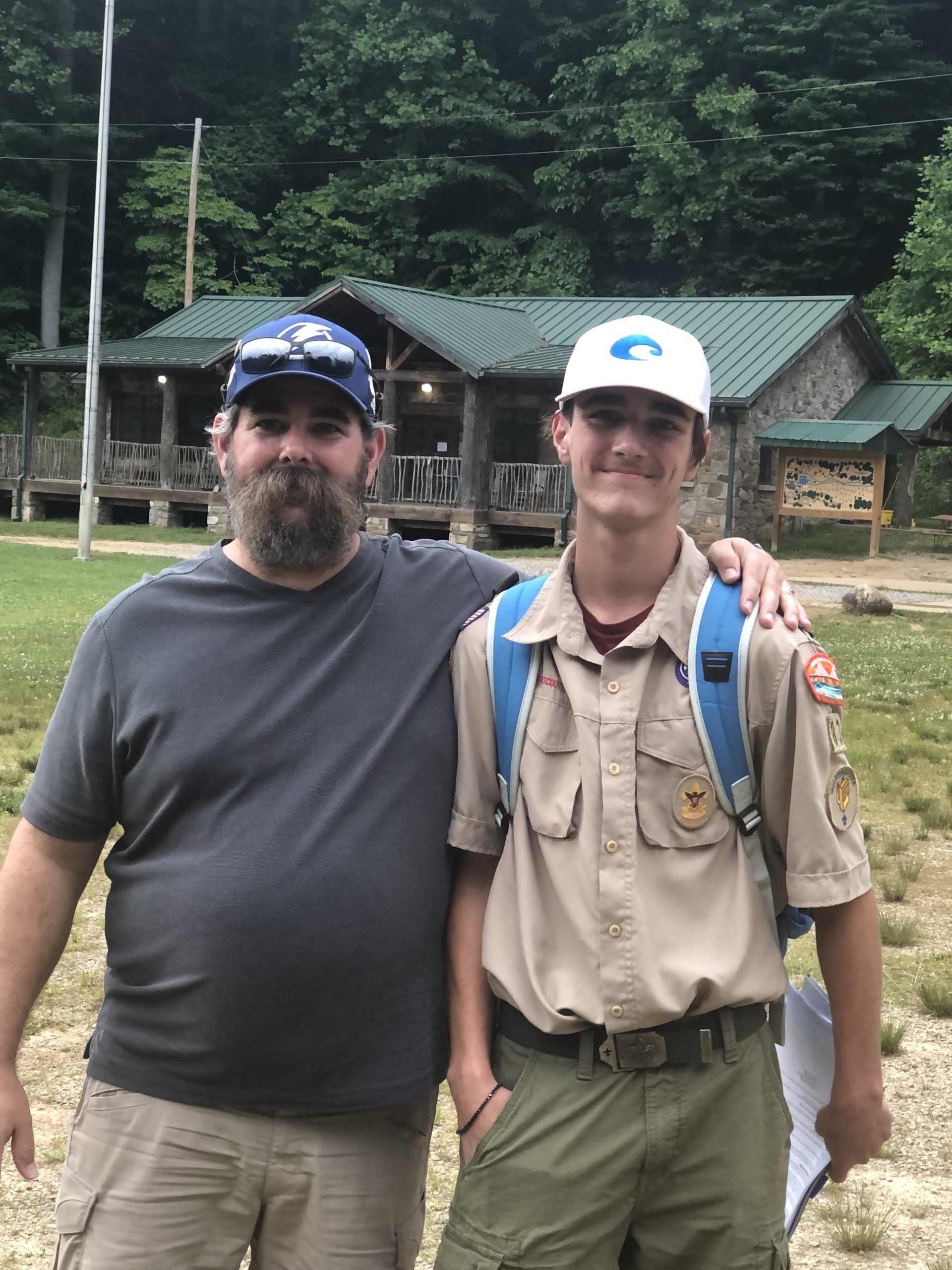 Habeck said he gets great support from his father, who as a kid grew up working summers in the carnival business and today worries about the “two-generation gap in the trades.”

“College was the way to go for two generations worth of laborers who didn’t go into the skilled trades,” Andrew Habeck said. “Unfortunately, people are aging out of the trades faster than we can fill in people behind them.”

Set to “fill in” is Ian Habeck, who said he always knew he wanted to work with his hands. “When I tried welding, it spoke to me and seemed like something I would enjoy doing,” Habeck said. “Plumbers, A/C guys, roofers, welders, all of the stuff that you need to build and have functioning, and working in today’s society, all of that comes from people working in the trades.”

As for the kids active in the Eagle Scout project playground at Riverview United Methodist Church, “I hope they enjoy it,” Ian Habeck said. “It should last many years and be able to be played upon by many, many kids.”