Ask Craig Beckinger of Ruskin why he is throwing his hat into the ring as a Visionary of the Year candidate for the Leukemia & Lymphoma Society for the north Florida region, and he’ll tell you it’s personal.

In 2017, Beckinger, a Belmont resident, was diagnosed with B-Cell lymphoma and given three to four months to live. Unable to start his treatments until three months after his diagnosis, the odds were not in his favor.

In remission now for five years, Beckinger is thick in the season with holiday events and planning as a solo entrepreneur with ABC Event Planning. But not a moment goes by that he doesn’t count his blessings for every day of life following the darkest hours of his diagnosis. 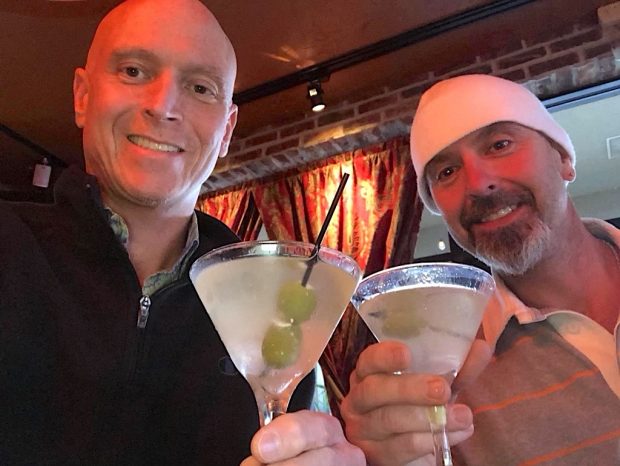 Photos courtesy Craig Beckinger
Craig Beckinger, left, raises a toast in January 2018 with his brother, Brian, to celebrate the news that Craig’s cancer was in remission. 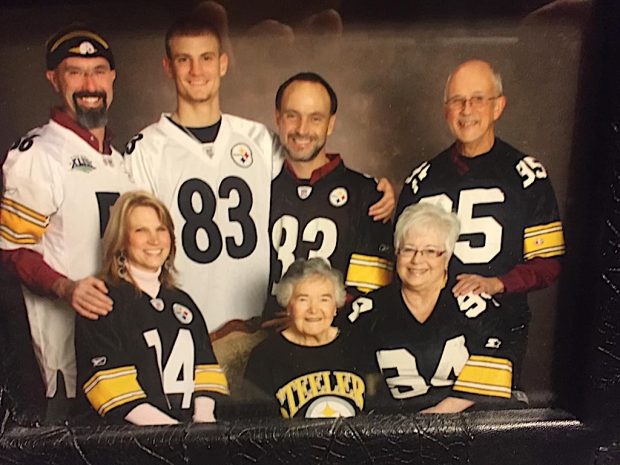 Craig Beckinger, center, with family members in December 2016, shortly before his cancer diagnosis.

“To be able to wake up every morning and continue with life is a blessing,” Beckinger said. “To be able to fly home to be with my family and spend Christmas with my 104-year-old grandmother is a blessing. To taste my mother’s wedding soup and have her Italian dinner is a blessing. All those things, I don’t take anything for granted anymore. Once you’ve been through what I’ve been through, you realize there’s a whole new meaning to life, and you see joy in every moment.”

Beckinger is getting set for his 10-week campaign for Visionary of the Year, which kicks off Feb. 23 at midnight and runs through May 5. The title goes to the candidate who raises the most money for LLS within that time period.

Beckinger said he dedicates his race to “those who are going through the battle now and for them to realize that there is hope, that there is life after diagnosis, that remission is possible and that faith sustains you in the most trying of times.”
According to the LLS, every three minutes someone is diagnosed with a blood cancer. More than 1.2 million people are living with or in remission from leukemia, lymphoma, Hodgkin’s disease and myeloma. More than 33 percent of blood cancer patients do not survive five years after diagnosis. Moreover, leukemia is the number one most diagnosed form of childhood cancer. 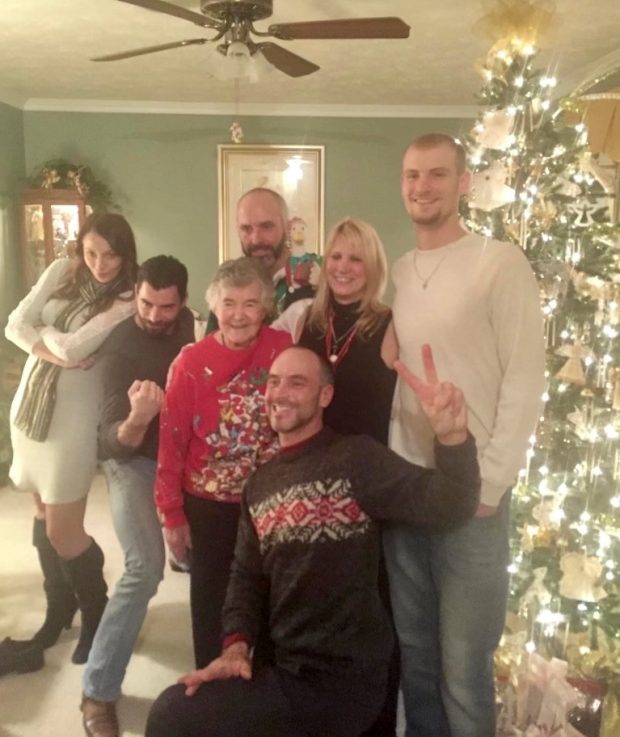 Craig Beckinger, front, kneeling at a Christmas celebration in 2016, shortly before his cancer diagnosis. With him is his brother, cousins and grandmother, who this year celebrated her 104th birthday.

“Too often after diagnosis people fear the worst,” Beckinger said. “I was in that place and I can tell you, without the right mindset, the odds are against you. I chose hope, and to focus on living my life regardless of the challenges faced in my cancer battle. I learned from others, and I hope to be an inspiration to others in return.”

Toward that end, Beckinger is hard at work to establish and determine his team and fundraising initiatives as he aims to contribute to the $450 million raised to date for the LLS mission through the visionary initiative since its inception in 1990.
Visionaries of the Year is a philanthropic competition for leaders in communities nationwide, amounting to a 10-week challenge to raise funds for LLS in honor of local blood cancer survivors. Candidates are encouraged to build strong teams to support and extend their outreach campaigns, as the title “Visionary of the Year” is awarded to the candidate whose team raises the most funds in the community for the LLS mission. 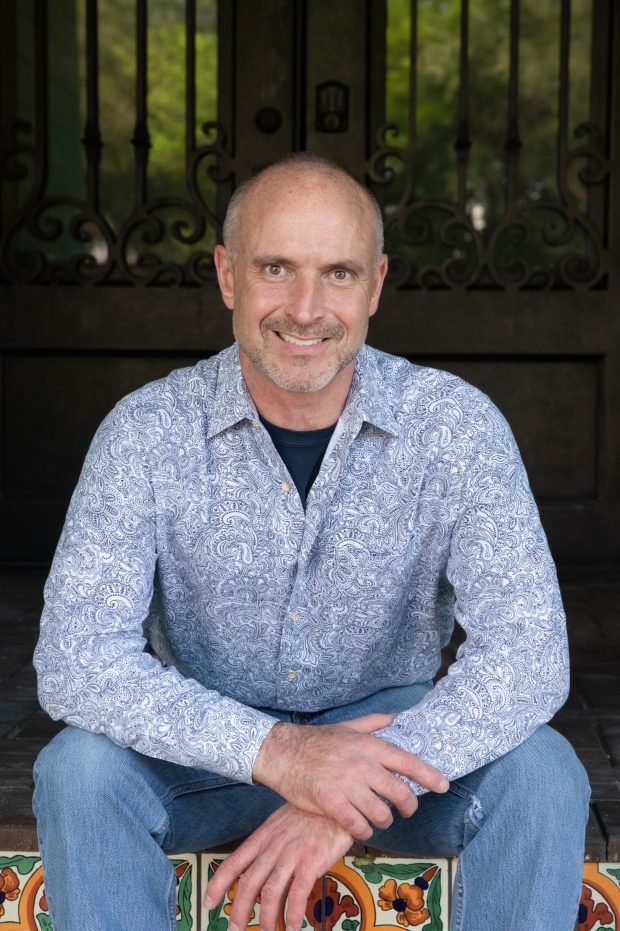 With plans still being formulated, Beckinger said for sure his campaign will include a fashion show scheduled for Sunday, April 23, at Eddie V’s Prime Seafood Restaurant, at 4400 West Boy Scout Blvd. in Tampa. More events and fundraisers will be schedule throughout the race with tickets on sale starting Feb. 23. In running a race of hope for cancer warriors, Beckinger said he is thankful money raised will help support research, medicine and trials to find a cure.

“My race is going to be a ton of work, but if it saves one person, it’s worth it,” Beckinger said.“If it makes one person realize that there’s life after diagnosis, then my mission has been accomplished.