The Jamie Turner led Sumner Stingray squad continues to find early season success. The week started out on the road at Plant City with a hard luck 63-57 OT loss to a very evenly matched Raiders squad. Both squads finished the week with 7-2 records. The Stingrays rebounded with a 71-42 win at Steinbrenner on Wed, Dec. 14. They returned home with a 63-21 win over South Shore rival Riverview and finished the week with a 73-58 win over George Jenkins HS in the 2022 Auburndale Christmas Shootout on Saturday. 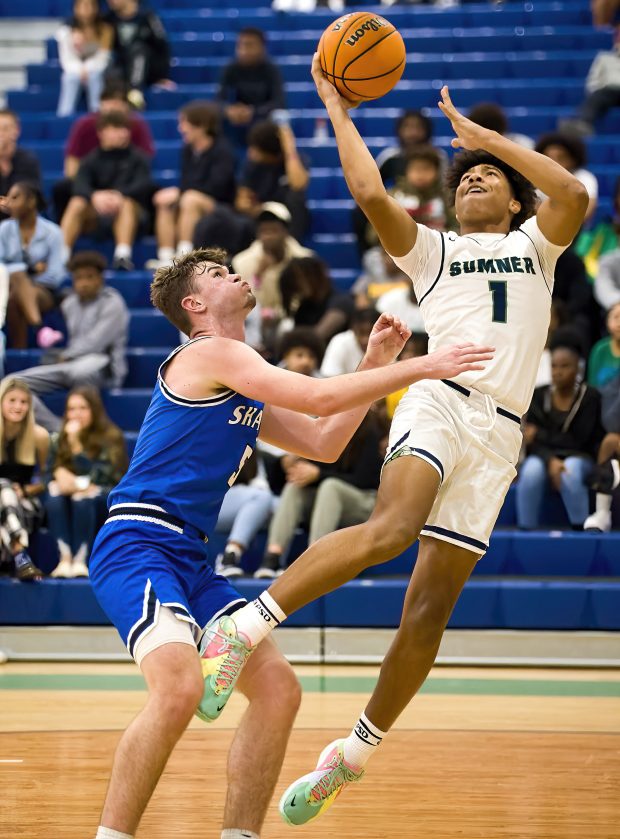 Francis Fedor Photos
Stingray sophomore Tyler Williams takes on a defender as he heads to the hoop. 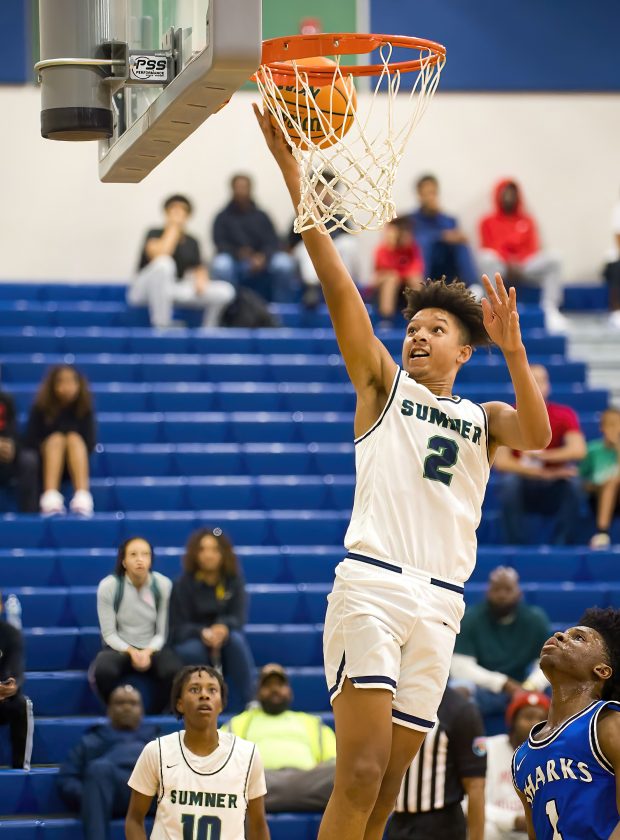 The Stingrays overcame a slow start at Plant City, scoring only 8 points in the first quarter, but found their stride, doubling their output for the second quarter and carrying it over to the third and fourth quarters. The Stingrays could not carry that success into the OT, only scoring 4 points. It was a good early season test for Sumner and will help the team going forward. The Stingrays stayed on the road and were able to take positives out of the game and came out firing against Steinbrenner. The ‘Rays took a commanding 38-15 halftime lead and never looked back. The defense shut down the Warriors, holding them to only 4 first quarter points to set the tone for the night. 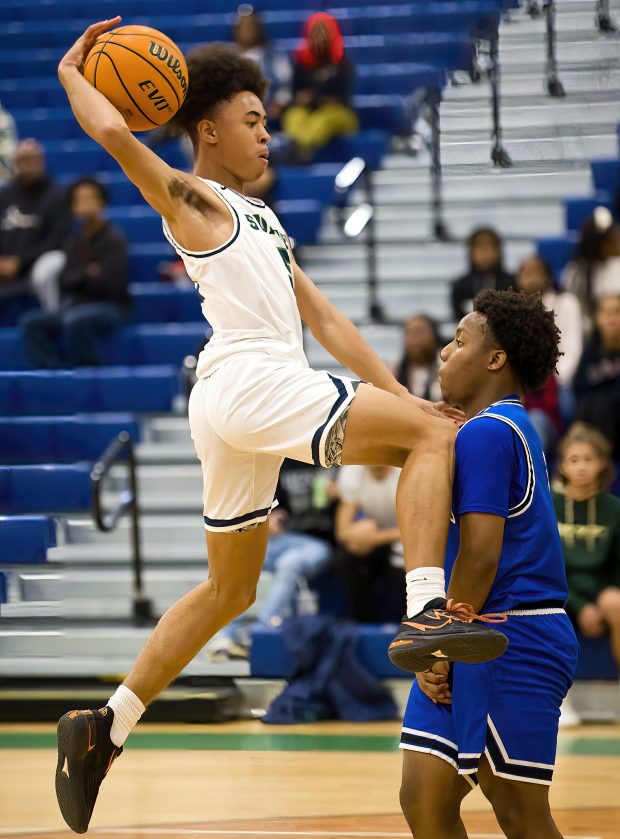 Sumner senior Josiah Harding goes high on a Riverview defender on his way to the hoop.

The big match-up for the week was clearly the Riverview game, the first district game for the Stingrays. The Stingrays hosted the Sharks on Friday night, but were stingy hosts, holding Riverview to 21 points. It was the lowest output allowed by Sumner coach Turner’s defense this season, and the Stingray offense matched that total in just the first quarter of the game. The Stingrays are a very balanced squad, matching their tenacious defense with a lineup stocked with three-point shooters. Riverview put up very little resistance against the Stingrays. Sumner senior Josiah Harding was the offensive star for the night with 21 points, 4 from beyond the 3-point line. Sophomore Tyler Williams poured in 14 points in the victory. Sumner has been the shining star in the South Shore, scoring 575 points on offense this year. Spoto is the next closest with 529 points scored and the only other South Shore HS north of 500 points. The Sumner defense has given up fewer than 400 points on the season, currently standing at 391. The Stingrays will be a formidable opponent for the season as they head towards the playoffs.
The only time the Stingrays will hit the court this week is Friday, Dec. 23, at 6:30 p.m. for a game against Strawberry Crest. Then they’ll pick up after Christmas for some tournament action, Dec. 27 through 29. More information will be available this coming week. Happy Holidays and Merry Christmas!

ECHO’s growth explosive as tough times hit on many levels