The lady Stingray soccer program is halfway through its third season under head coach Tony Pirotta. The team is 3-2-1 with five games left in the schedule. Coach Pirotta is 17-13-2 for his first two seasons leading the girls program. He has led the group to the playoffs in each of his two seasons.
Soccer in the Tank is much quieter than the football games that are played on the same field. But the energy and heart shown on the field are equivalent to the competitiveness of its football co-tenants. The sport doesn’t get the attention it should receive in the stands. On a recent visit to the team’s match vs. Plant City on a dark fall night where sunlight disappears around 6 p.m. with nearly perfect weather, the visitor bleachers (the opponent Plant City were empty. The Sumner bleachers were spotty but energetic, especially from a group of student athletes sitting just below the press-box, creating just the right amount of noise to cheer on the home team. The ladies play the late games in late fall to start the season and after the new year, swap with the boys and play the first match. On this night, the Stingrays would score in the second half to tie the Raiders of Plant City, and the match ended in that tie. The team followed-up with a 2-0 win over rival Riverview to end its week. Miya Sikhakhane is having a strong senior season with almost a goal per game. She is always around the ball and ready to make a play. Fellow senior, Hannah Cline, is allowing under two goals per game as the Stingray goaltender. 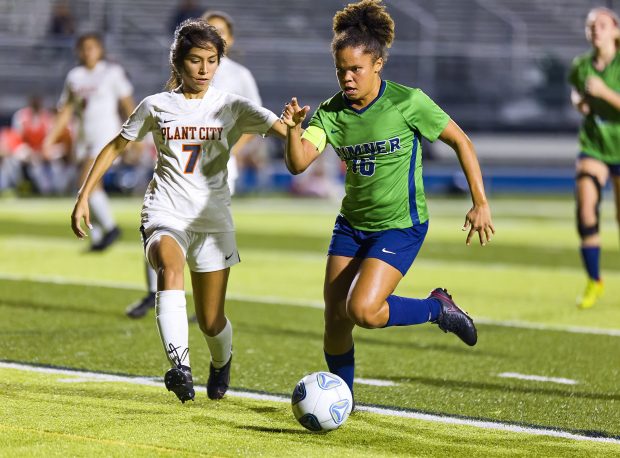 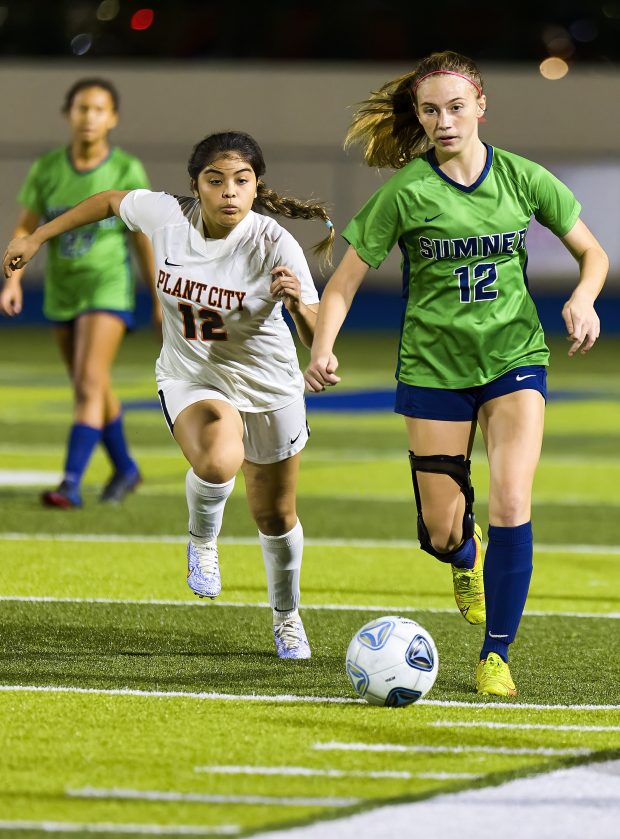 The Stingray ladies have reached the playoffs in each of their first two seasons and hope to replicate that success to finish their 2023 season. The program got off to a great start in 2020-2021, the inaugural school year for Sumner High School, going 7-7-2, and 2-0-1 in district competition, an accomplishment for a first-year program with players learning each other’s idiosyncrasies while coming together as a team. Many of the girls may have known each other through community athletic programs, and some may have even played on the same teams, but they had to learn an entirely new system, and Coach Pirotta and his staff did an amazing job in getting the team to be as successful as they were. The highlight of the season was the team’s very first playoff win in traveling to Hillsborough High School to beat the Terriers 8-3 and then ending its playoff run away at Lake Wales, where the ladies acquitted themselves well but fell 2-1 to the Highlanders.
They followed up their fun inaugural season with an improved 10-6 2021-22 season. They also moved up a district, going from 5A to 6A. The lady Stingrays went 3-1 in that district play and played an opening round playoff game against Manatee, winning 3-2 before losing at Wiregrass Ranch, 5-0, to end their second season.
The lady’s soccer program at Sumner is another success story, and it will be fun to watch the program grow and find its successes as the season hits the home stretch. 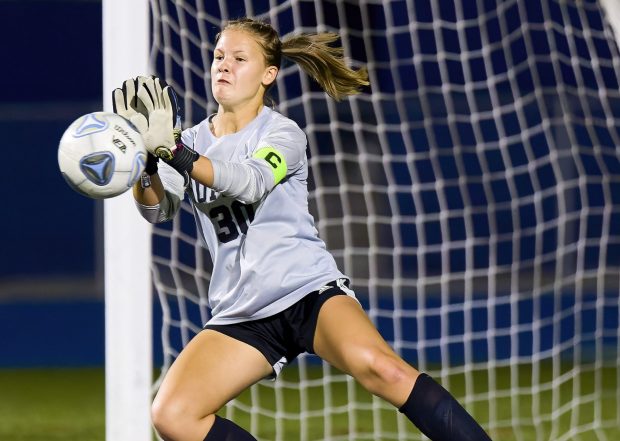