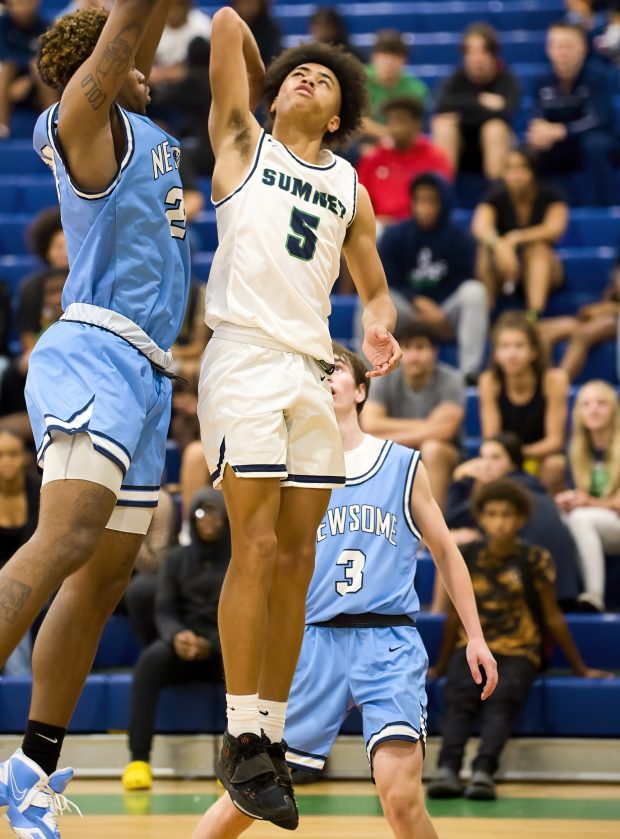 Stingray senior Josiah Harding, leading scorer for the night, battles in the lane with Newsome players. 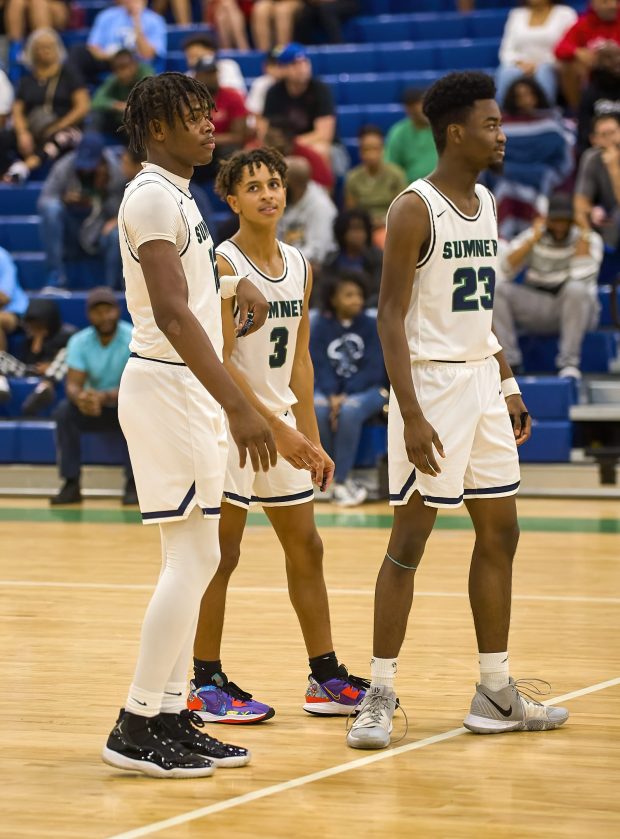 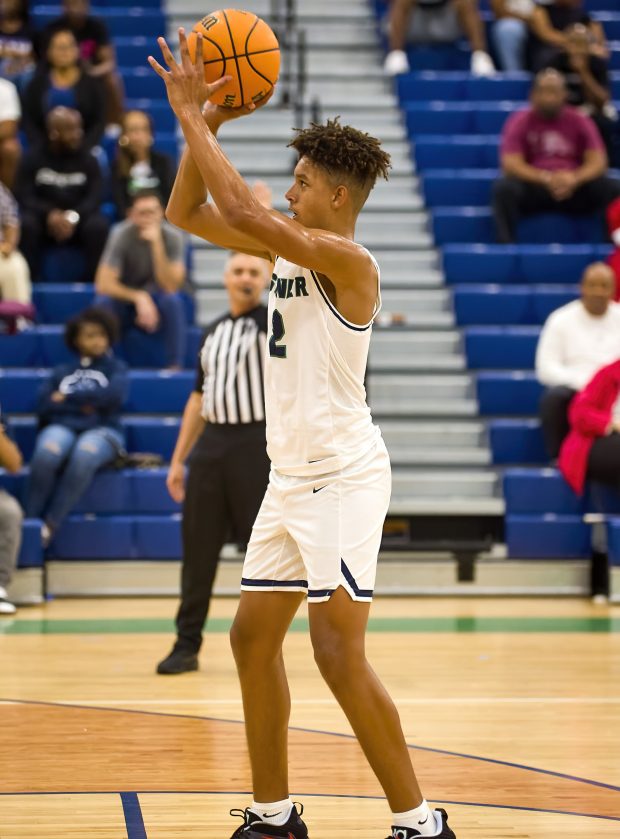 Sumner opened the week traveling across U.S. Route 301 to take on the Longhorns of Lennard. Lennard entered the game 1-2, with a tough luck loss to Riverview, losing by only four points, 60-64. The Stingrays entered the contest coming off a rout of East Bay and simply outscored the Longhorns, lighting up the scoreboard for 71 points, its largest output of this early season, while the Longhorns hit their average so far of 62 points. It was the only time the two South Shore rivals will play each other in the regular season. Sumner returned home on Dec. 8 to play Freedom and easily dispatched the Patriots, 69-25, nearly matching the 68-24 East Bay final score.
The marquee match-up came on Friday, Dec. 10, with the undefeated Newsome Wolves coming into the Sumner gym to take on the Stingrays. Ryan Bethoney was tapped to coach the team as head coach Jamie Turner served out a one-game suspension. The first quarter would be evenly played with Newsome holding a one-point lead, 15-14. The Wolves went on a run early in the second quarter and opened a 26-16 lead and threatened to take control of the game. Coach Bethoney rallied the team, and Sumner went on its own 12-0 run, taking a 28-26 lead at the half. The Stingrays continued to rally and opened a 36-29 lead mid-way through the third period. Sumner never relinquished the lead on its way to the 58-43 victory, a huge early season win against a tough Newsome squad. Stingray senior Josiah Harding led the way for the Stingrays with a 21-point effort, the majority of those coming on drives to the basket. Sophomore brothers Tyler and Caleb Williams each added 13 points for the victorious Stingrays. Aiden Carter paced the Wolves with 15 points.
The Stingrays will play four games this week, having played at Plant City (4-2) and Steinbrenner (1-7) before this edition is at your favorite location. They return home to play another South Shore rival, on what is becoming “South Shore rivalry Friday,” on Dec. 16, with Riverview (3-3) as the opponent. The game vs. the Sharks will be the Stingrays’ first district competition. It will leave only one South Shore rival to play, with that being Spoto on Wed., Jan. 11, 2023. The final game for the week will be on Saturday, a tournament game, with the opponent and location TBD as listed on the schedule.