Bell Creek Academy quick out of basketball gate at 6-0

The Spoto Spartans are the surprising leaders among the five South Shore boys basketball teams in the early going. Now heading into the third week of the 22-23 season, Spoto is 4-1. Sumner also appears to have a pretty good basketball team as the Stingrays look to improve this week on their 1-1 opening record.
Riverview Sharks at 1-2 and Lennard at 1-2 both look like they will struggle through the season, hoping to finish over break even and possibly get a playoff bid in late January.
Last but not least, the 2022 football powerhouse East Bay Indians have stumbled out of the gate on the hardwood. The Indians are a dismal 0-3. Under first-year coach Marcus Ludwig, East Bay has not been able to generate its fair share of offense. 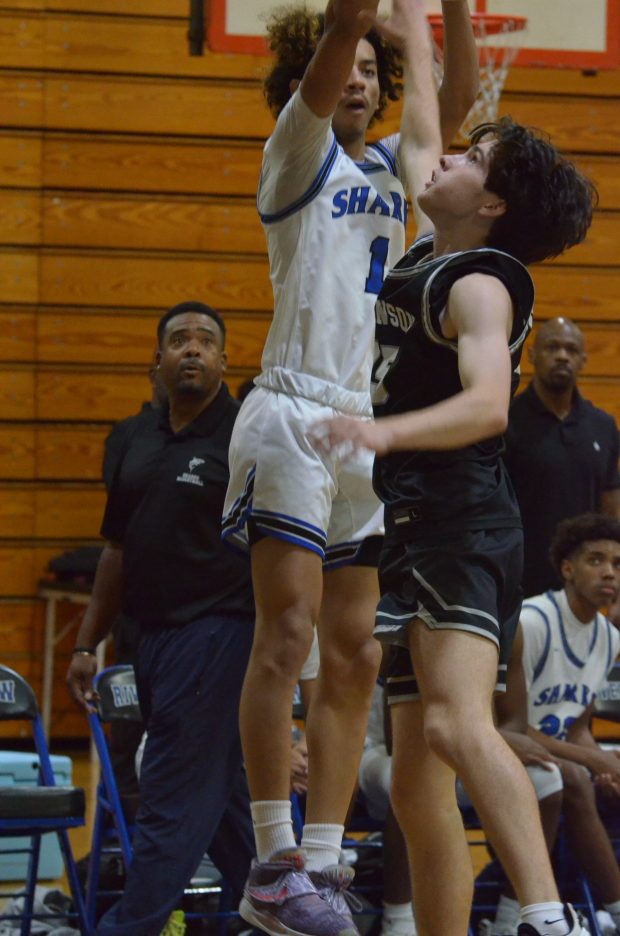 Three other basketball teams in this neck of the woods, but not considered “South Shore,” have launched winning starts in basketball. This early hot trio are Newsome, Durant and one more you may not have heard of, the small Bell Creek Academy Panthers on 13221 Boyette Road in Riverview. Newsome and Durant have games with all five South Shore basketball teams. BCA has already played Spoto, demolishing the Spartans 83-28 for its only loss this season.
BCA is coached by Garrett Ruppel, now 6-0 in his third year. The Panthers went 16-10 last season and 7-19 in Coach Ruppel’s first campaign. The small charter school was started in 2013 and presently reports about 530 students in grades 6 through 8 and about 536 in grades 9 through 12. So far this season, the boys varsity basketball has amassed 504 points and yielded only 188 in its six wins, which includes a 128-13 walloping of Bishop McLaughlin Catholic of Spring Hill. BCA’s next home game is with Brooks DeBartolo High of Tampa, Dec. 14 at 7:30 p.m.
The BCA Panthers scoring is led by a super active freshman, 6’2″ Jermal Jones, pumping in 21 points a game. Jones has plenty of help from a tenth grader as Caleb Saunders is scoring 16.8 points a game. Another big contributor is Ben Wallace, the senior transfer from Spoto. Ironically, Wallace was scoring at about 17 points per game at Spoto his soph and junior season. At BCA, Wallace is scoring 10.8 points per game. The Panthers have only eight guys on the varsity. Other big contributors are junior Elijah Payne, the 6-6 co-captain, reeling in 10.3 rebounds per game and 2.2 blocks over the first six wins. Payne is aided by co-captain 5-10 senior guard, Neil Falconer, dishing out eight assists per game and recording six steals a game.
Back in the South Shore, Spoto has already matched its win total from last year when the Spartans went 4-17 under Coach Waymon Reed. In the 4-1 season so far, senior 6-5 forward Chris Charite has been scoring at 17.6 points per game. Senior Jeremyah Gentle has grabbed 6.5 rebounds per game and junior Jose Deleon has posted a double double. Senior guard Jayden Johnson also transferred to Spoto from East Bay. Johnson has been a welcome addition to his Spartans teammates and coaches. Spoto has already collected wins over South Shore rivals Lennard, 79-63, and East Bay, 55-41. Unbeaten Newsome was the Spartans’ opponent Dec. 6. Spoto returns home Dec. 7 to tangle with Leto. On Friday, Dec. 9, Plant City visits at 8 p.m. Next week Spoto travels to play the Riverview Sharks on Dec. 13 at 6:30 p.m.
Riverview is trying to re-generate under a new coach, Anthoine Corpening. The Sharks opened with a 64-60 win at Lennard. Riverview’s junior Bryson Kennedy scored 12. Four Sharks seniors had 11 each: Sebastian Fowler, Dion Girdner, Dezmond Santiago and Mark Register. The Sharks dropped games to Robinson and to Newsome. This week Riverview’s schedule includes Plant City, Tuesday; Middleton on Wednesday; and Bloomingdale, Friday. The Sharks are back home for Spoto, Dec. 13 and for Strawberry Crest, Dec. 14. All games start at 6:30 p.m.
Lennard High Longhorns are also struggling trying to get above .500 under second-year coach Christopher Putnam. Following the loss to Riverview, despite 17 points by junior Nigel Roseboro, the Horns nipped Armwood 57-56. A 79-63 loss to Spoto followed. This week, a visit to Ruskin was Tuesday from rival Sumner High, and on Wednesday evening Tampa Bay Tech comes calling. Lennard hits the road to Brandon for a Dec. 9 battle with winless Brandon. A short trip to East Bay High is set for Dec. 12. The Longhorns are back home versus Durant on Dec. 13.