After months of delay this year and, overall, several years behind schedule, NASA finally launched the Space Launch System Artemis 1 rocket from Kennedy Space Center’s Launch Complex 39B. The rocket was plagued with technical problems, recurring liquid hydrogen leaks and a pair of hurricanes. 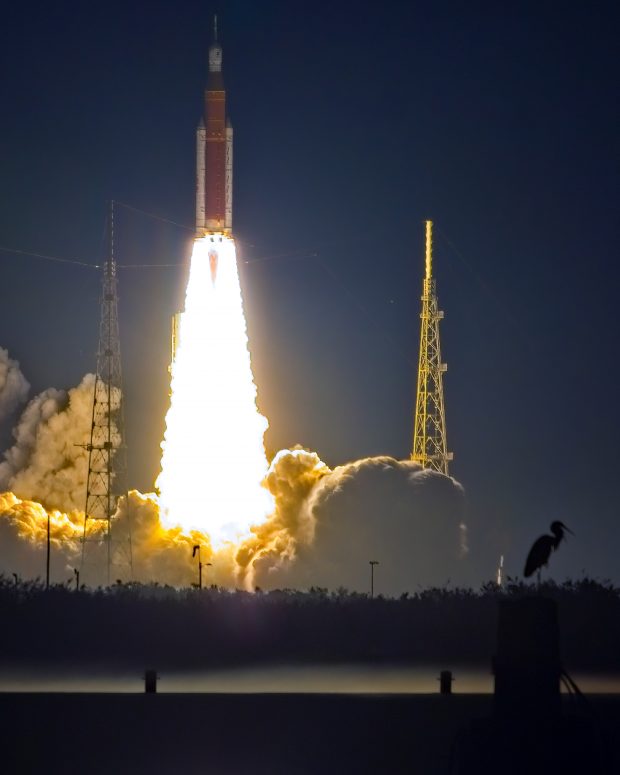 Photo by Troy McCellan
Following a successful launch of NASA’s Space Launch System (SLS), the most powerful rocket in the world, the agency’s Orion spacecraft is on its way to the Moon as part of the Artemis program. 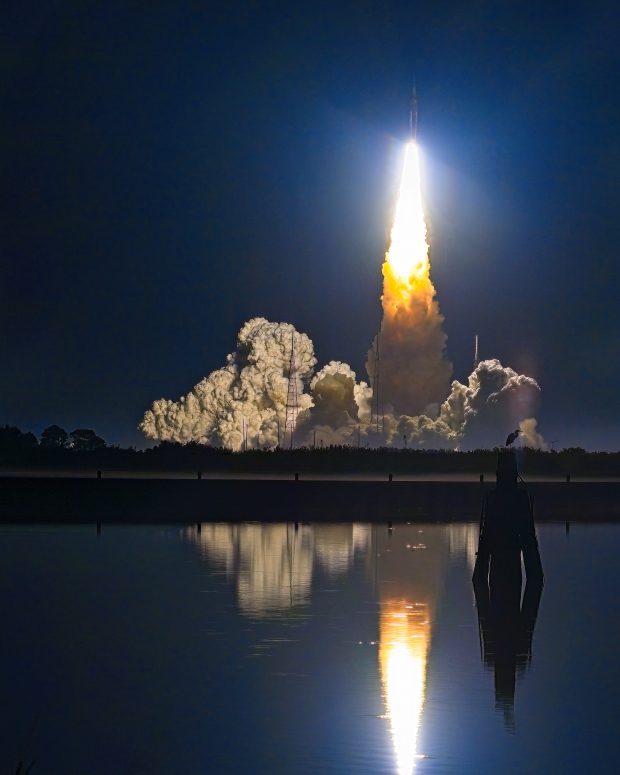 Photo by Troy McCellan
Artemis 1 is sending NASA’s new Orion spacecraft on an uncrewed test flight around the moon.

On the morning of Nov. 16 at 1:47 a.m., the massive 322 foot tall rocket roared to life and surged off the pad. Artemis effectively turned the dark night skies into daylight as it quickly sped upward toward the bright last quarter moon hanging high in the eastern sky. This uncrewed flight will test all of the systems needed to return a human presence to the moon.
As the rocket cleared the launch tower, the sound began to thunder into our viewing location at the KSC LC-39 Press Site, just over three miles away. You could actually feel it as it filled the area with a loud roaring crackle. Artemis shook the ground with a thrust that was more powerful than the mighty Apollo Saturn V rocket that sent men to the moon in 1969.
On top of the Artemis rocket is the Orion spacecraft, where astronauts will make a thrilling 240,000 mile trip to the moon for the first time in over 50 years. This epic event could happen as early as 2024. Artemis 1 will travel 1.3 million miles during this 26 day mission. In addition to ensuring that Orion can make it into lunar orbit, the capsule must also survive a punishing re-entry into the Earth’s atmosphere at a blistering speed of 24,500 miles per hour and then safely parachute into the Pacific Ocean. If everything goes well, Artemis 2 will send a crew around the moon and Artemis 3 will land astronauts on the lunar surface.
This launch is the first in a series of flights that will pave the way for a continued human presence on the moon, breaking the bonds of Earth to explore the Moon, Mars and beyond.