Sumner returned home on Friday, Nov. 4, for the first time in four weeks, including a bye week, to beat Middleton 27-14 and carry the momentum of a four-game winning streak into the playoffs. The Stingrays completed their regular season with an 8-2 record and will travel to Plant HS (8-2) on Friday, Nov. 11, at 7:30 to open the playoffs. 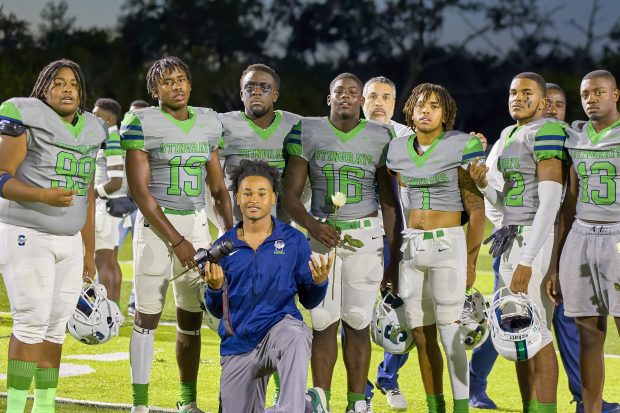 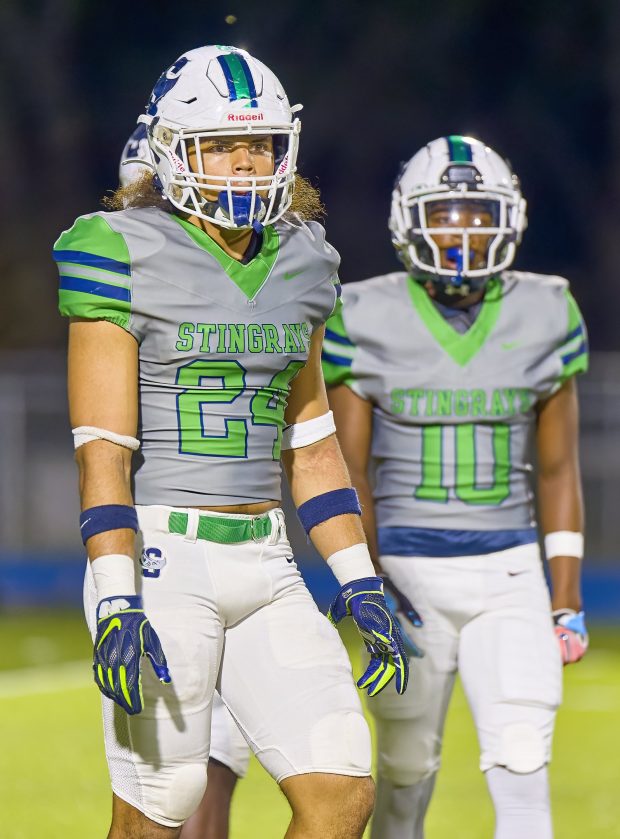 Sumner seniors Keoni Denny and Najee Dade look to the sideline for the offensive play call.

The Stingrays watched both Riverview and Newsome celebrate their senior nights from the sidelines and finally had their chance to celebrate their football related seniors in their final regular season home game inside the Tank. Sumner will graduate nearly 20 seniors from the school’s second senior class. Many of the seniors are integral starters in what has been a very successful three-year run for those players. Stingray WR Eli Singleton caught a TD pass early in the second quarter for Sumner’s second TD of the night. Al’Vondre Lewis paced the Stingray defense with four tackles, all for Middleton losses. Fellow senior Mekhi Slater added seven tackles, senior Keoni Denny, playing both offense and defense, had four tackles and senior Kyler Webb added five of his own.
The game opened with the Middleton Tigers finding a hole in the Stingray line to break a 70-yard run to the end-zone for the game’s first score. Sumner had appeared to knot the score on its own big offensive play, but it was called back by penalty. The Stingrays special teams stepped up and blocked a punt after a Tiger drive stalled. The block set the Stingrays up with great field position, and junior QB Greg Smith connected with sophomore Tyler Williams to tie the game. Sumner opened the second quarter with the Smith to Singleton connection to take the lead. The Stingrays survived some miscues to extend their lead to 21-7 on a push of Greg Smith into the end-zone from the 2-yard line. The half ended with both teams turning over the ball on a single play, and Sumner’s holding the two-touchdown lead. 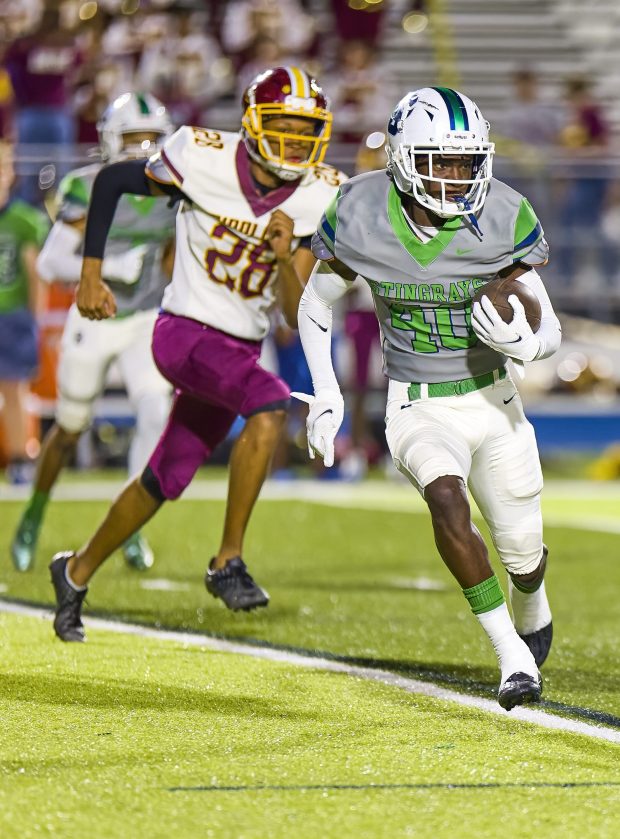 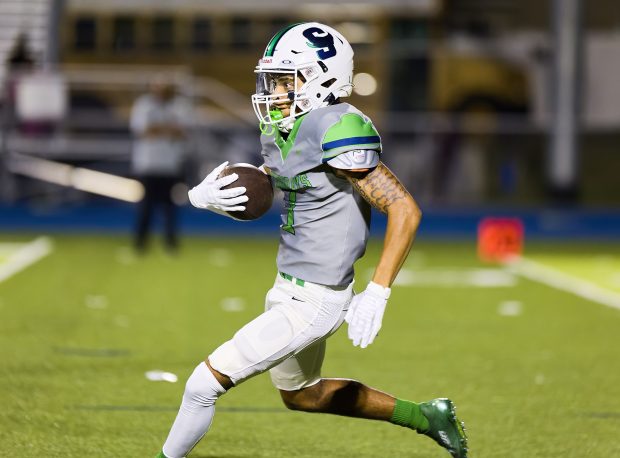 Stingray senior Kade Ray returns a punt up the sideline.

The Stingrays would end the competitive nature of the game with a long run to the end-zone by Devin Spencer to extend the lead to 27-7. The teams would exchange drives until Middleton found the end-zone to make the score appear more competitive than it was. Stingray QB Smith, continuing his outstanding season, passed for 154 yards and RB Spencer sprinted for 72 yards on senior night. The defense and special teams held the Tigers in check most of the night, sent the Tank crowd home happy and now turn their focus to their first-round playoff opponent, Plant.
Another successful regular season has ended with the Stingrays playing a more competitive schedule in their third season as a HS program. The seniors will have great memories of their time as a Stingray and look to add onto those memories in the playoffs. Coach Alonzo Ashwood and his staff also get to take pride in developing a program that has gone 24-6 over those first three years and offered so many great memories to the players finishing their season under their tutelage as they head off to the next chapter of their playing careers in college or whatever their next challenge will be. Good luck!