WeClaige “GiGi” Moise, 43, is the new executive director of Parents and Children Advance Together Literacy Ministries, more commonly known as PCAT. The nonprofit organization is an after-school reading and reading comprehension program, primarily for K-2nd-grade students at risk of failing.
Moise was promoted Oct. 1 by its founder, Christene Worley.
“I originally hired GiGi with the intention of her taking my position when I was ready to retire,” Worley said. “I saw how she interacted with both students and parents and recognized she had the experience we need to move the program forward. She has a faith-based mindset like I do. Her work is truly a ministry for her.”
The youngest of three children of Haitian immigrants, Moise was born in Miami in 1978. Her father had moved there from the Turks and Caicos after coming to visit the United States on a business visa. He decided to stay, and then sent for his wife, Moise and her two siblings.
The new executive director holds bachelor’s degrees in political science and public management, is currently working on a master’s in nonprofit management and plans to eventually obtain a doctorate in educational leadership, all from Florida Atlantic University. She speaks fluent French, Spanish, Creole and English.
She entered the corporate world as a supervisor with Direct Marketing Services Group in Delray Beach and later moved on to Precision Response Corp., where she supervised its Phillip Morris account. Her business experience includes customer service management and training, operations management, troubleshooting and consulting.
As an upperclassman in college and through the years she worked in corporate jobs, Moise became a mentor for young entrepreneurs, student organizations and campus ministries on the FAU campus. The role helped her realize how much she loved working with small groups of people, teaching and giving back to the community.
She spent several years working in administration at a technical college and as dispatcher for a state law enforcement agency at FAU.
“It was there I learned to work under pressure with diverse populations and in diverse situations,” Moise said.
A new course
After volunteering in educational settings and organizations her entire life, Moise became engaged with nonprofit organizations in 2005. She began as a volunteer and then became a full-time employee at her local church, Jesus People Family Worship Center in Tampa. Over 12 years, she worked her way to administrator and CFO. She’s currently assistant pastor.
In 2017, she became a volunteer for PCAT Literacy Ministries at the Sulphur Springs Community K-8 School in Tampa, where she read to kindergarten students every week. It was there she met Worley.
In 2018, Moise joined the PCAT staff in a small capacity to provide temporary administrative support. That same year, she accepted the role of temporary program manager for its South County Literacy Initiative, which included Wimauma Elementary and Ruskin Elementary schools. Her thought was to help out Worley and then move on.
“I fell in love with the program, the children and families,” she said. “I saw my own success in students who were learning English as a second language. So I never left.”
As Worley began thinking of stepping back over the past two years, Moise began shadowing her to see what the role of executive director entailed. She also took Nonprofit Leadership Center courses paid for by the Children’s Board of Hillsborough County and started working more closely with PCAT Education Director Madeline Carter.
“We couldn’t have impacted as many families as we have without the funding and support of the Children’s Board of Hillsborough County, Community Foundation Tampa Bay and the Suncoast Credit Union Foundation,” Moise said.
She also credits the program’s success to the support of two dynamic school principals and PCAT’s “amazing staff and volunteers.” 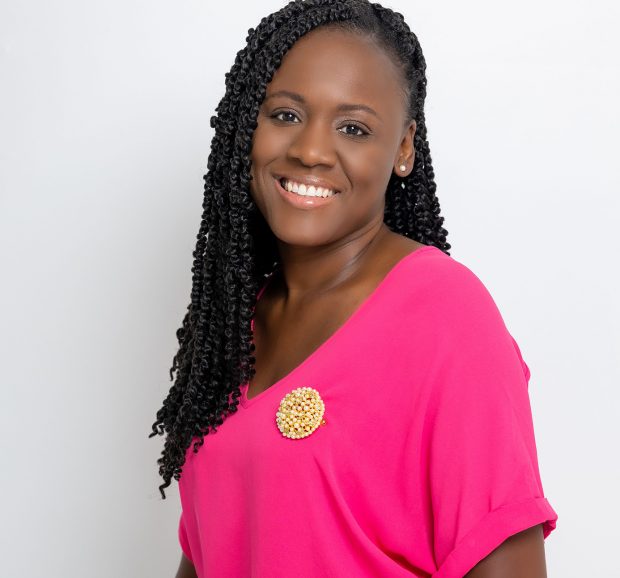 Moise is at home in her new position.
“I had a Spanish teacher in high school who really pushed me to do well and deeply cared about me and my education,” she said. “Because I was learning Spanish as a non-native speaker, that love was a game-changer. Between her and my father, I came to believe it only takes one person to truly make a difference in the life a child.
“My belief in God is the driving force that makes me who I am,” she continued. “This is what led me to commit to what I’m doing now. Reading is such an important fundamental skill in succeeding in life, and I want to see every student and family supported and equipped for success.”
PCAT Literacy Ministries currently has programs at Ruskin Elementary and Sulphur Springs K-8 Community schools. Worley remains active in the organization.
For more information, visit https://pcatliteracyministries.org/.