Sumner looked to rebound from a tough loss at Wharton against the Durant Cougars on a rare Monday night game, the oddity forced as hurricane Ian eliminated Friday’s scheduled games. The Stingrays were looking to defeat Durant for the first time in three attempts but they’d have to do it without the services of star QB Greg Smith who sat out with an ankle injury. 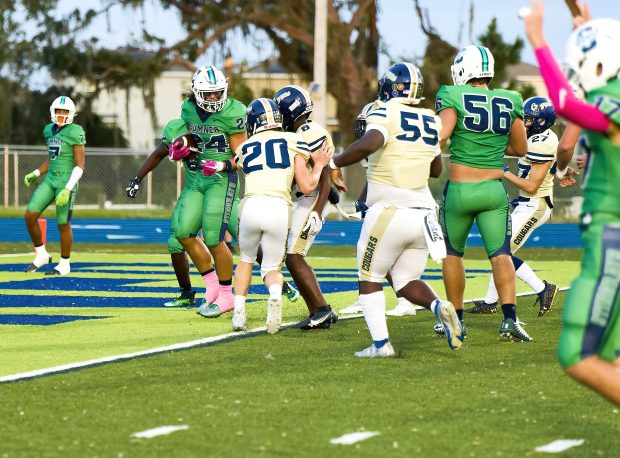 Stingray leader Keoni Denny scores the first of Sumner’s two touchdowns, but it wasn’t enough for Sumner to emerge victorious. 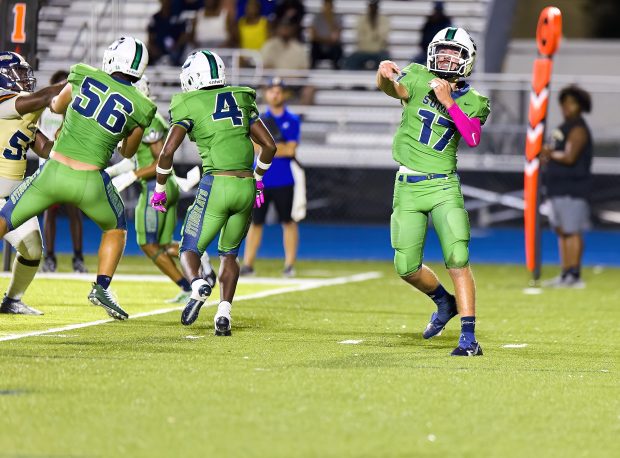 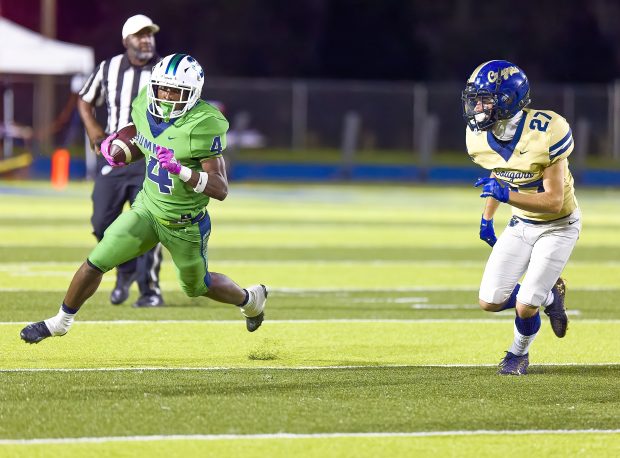 Francis Fedor Photos
Stingray RB Devin Spencer gets outside of the Druant defender for a gain on Monday night.

The Stingray’s took advantage of home field and cracked the end-zone first on a five-yard run by senior captain Keoni Denny. The lead wouldn’t last long as Durant would come back and put together its own long scoring drive to knot the score at 7. The score at the half would be 7-7. Both teams had gone back and forth on drives and turnovers in the first half.
The Stingrays and Cougars would come back out for the second half and would exchange field position but did not add any points in the third quarter. Sumner would break the tie early in the fourth quarter on a long run by senior Kade Ray and the extra point failed. Durant would answer with another long drive to temporarily knot the score at 13 but would make the extra point forwhat would be the final score, 14-13 Cougars.
The Stingrays had their opportunities and a pass for Tyler Williams would be wrestled from Tyler at the end-zone for what would’ve been a Stingray score. Sumner’s final chance came with a pass to Eli Singleton that fell out of his grasp incomplete for what would’ve been a drive continuing first down.
The Stingray’s fell for the second week in a row, but were in the game and likely would’ve had a different outcome with Greg Smith at the QB position. Stingray sophomore Layton Kennison had opportunities but couldn’t carry the team to the win.
Sumner will look to return to the win column vs. rival Lennard on Friday night, the Stingray’s homecoming game, at the Tank.