Sumner struggles at Wharton Looks to rebound against Durant

The Stingrays traveled up I-75 to Wesley Chapel with great promise and a four-game winning streak in hand, only to struggle and leave Wharton with their first loss of the season, a 43-0 growth game. In a match-up with common opponent Gaither, the Wildcats trounced Gaither 47-6; while Sumner did defeat Gaither, it gave up 27 points. Wharton’s only loss on the season was in its opener to a perennially strong Jesuit program. The Wildcats were a team on a mission for the Sumner game, having high respect for a Sumner program that now has a target pointed on its back as a premier program in the Tampa Bay region. 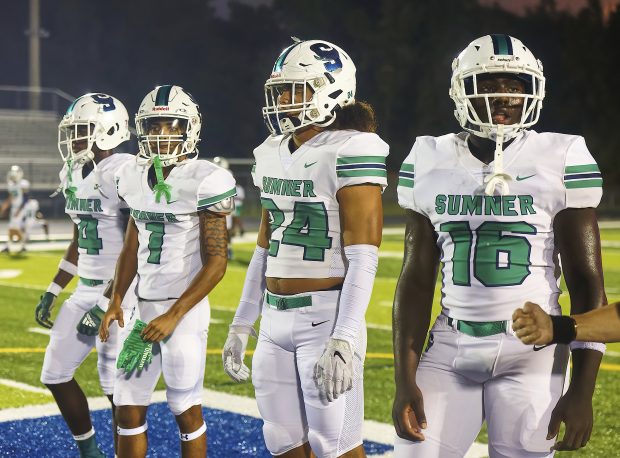 Stingray captains get instruction from the officials before the coin toss. 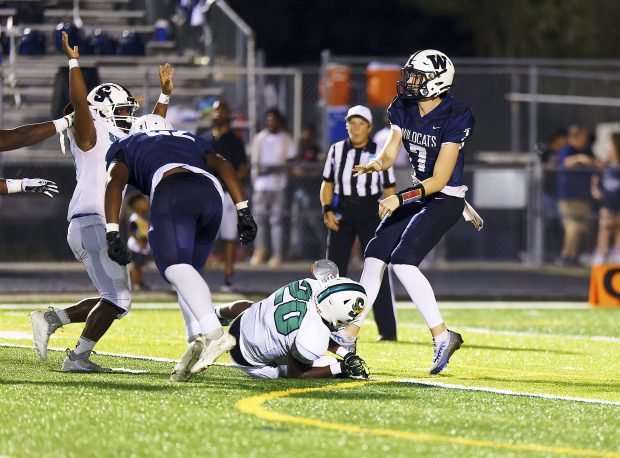 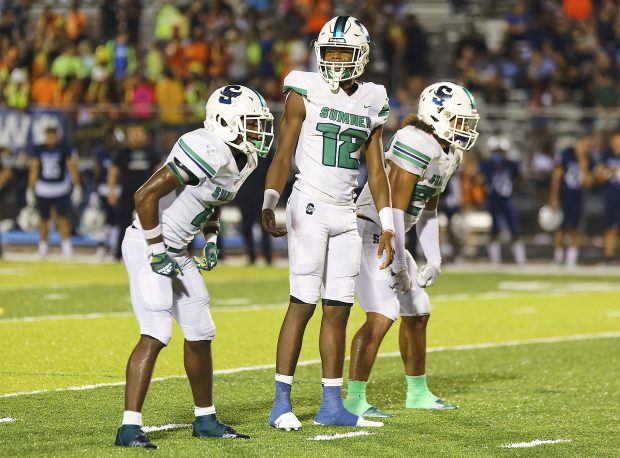 Stingray QB Greg Smith checks with the sideline for signals prior to running the play. 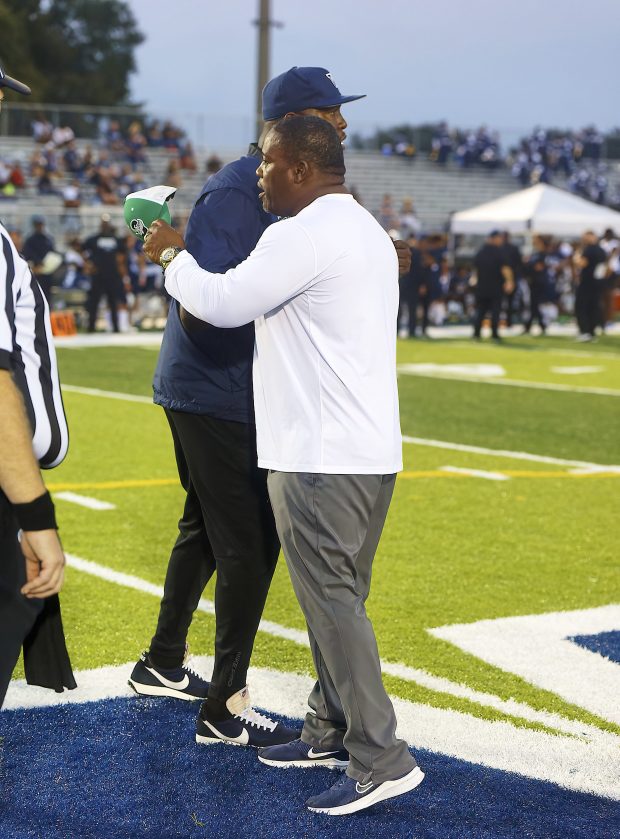 The winning started early for Wharton, winning the coin toss and taking advantage of the opportunity to put the defense on the field first. The high-powered Stingray offense would normally make teams pay for making that choice, and Sumner did move the ball downfield to set up the first scoring opportunity of the game, a FG attempt. The Stingrays failed on converting the FG, and it was the best chance of the game for Sumner to get on the scoreboard. A key player last week in the win over Gaither, Stingray kicker Kevin Elsner had a tough game with emotions running high in a marquee game.
The Wildcats took advantage of the missed FG and put together a drive that resulted in the first of six TD’s. The Wharton defense forced a three-and-out against the Stingray offense; then the junior kicker, also serving as the Sumner punter, had a snap slide through his hands, and the Wildcats covered the ball in the end-zone for their second TD. The Stingrays were challenged to generate any offense against the stingy Wharton defense. Sumner ended the night with 214 yards of total offense but couldn’t translate it to points on the scoreboard. There were moments when junior QB Greg Smith tried to put the rest of the offense on his back and attempted to generate offense using his legs. He had 17 carries for 52 yards on the night. The passing game was stymied by the Wildcat corners jamming the Stingray receivers at the line and pestering them down the field, a couple of times on questionable contact that on other occasions would have drawn a flag. The Wharton offense found holes in the Sumner secondary a number of times on the evening, with two of those occasions resulting in long TD’s. The defense gave up 351 yards for the game. As Wharton gained momentum, the Wildcats clearly looked to keep the Stingrays off the scoreboard to make a point.
Sumner will return to the Tank to face another one loss team in Durant. Durant’s only loss came against Bloomingdale on Sept. 9, a one-point loss. The Stingrays will look to regain their swagger and get back to their winning ways against another formidable opponent in a game that marks the half-way point of their season. They will have easier competition as they tune-up for a deep playoff run, but a win vs. Durant will go a long way towards Sumner’s showing the rest of the competition that it is the team other teams are measuring themselves against.