Slips away from the Cowboys in the tank

Sumner faced its toughest test of the season with Gaither HS coming into the Tank and left the field with a hard fought 31-27 victory over the Cowboys. The Stingrays will travel back to Tampa to play a 2-1 Wharton team on Friday night, Sept. 23, looking to keep their win streak intact. 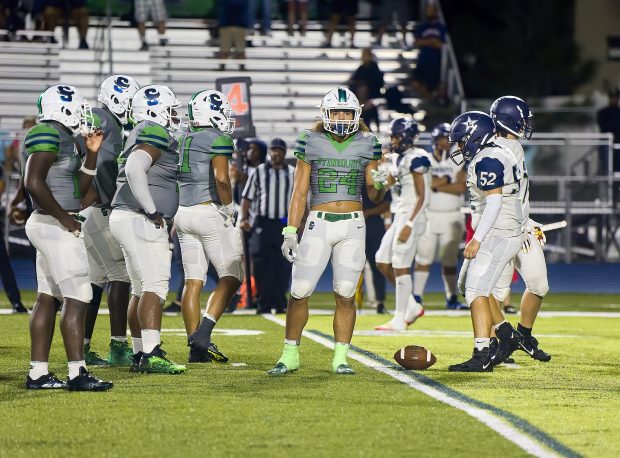 Francis Fedor Photos
Sumner senior leader and two-way star Keoni Denny looks for the defensive play call from the sideline on a key Gaither 4th down. 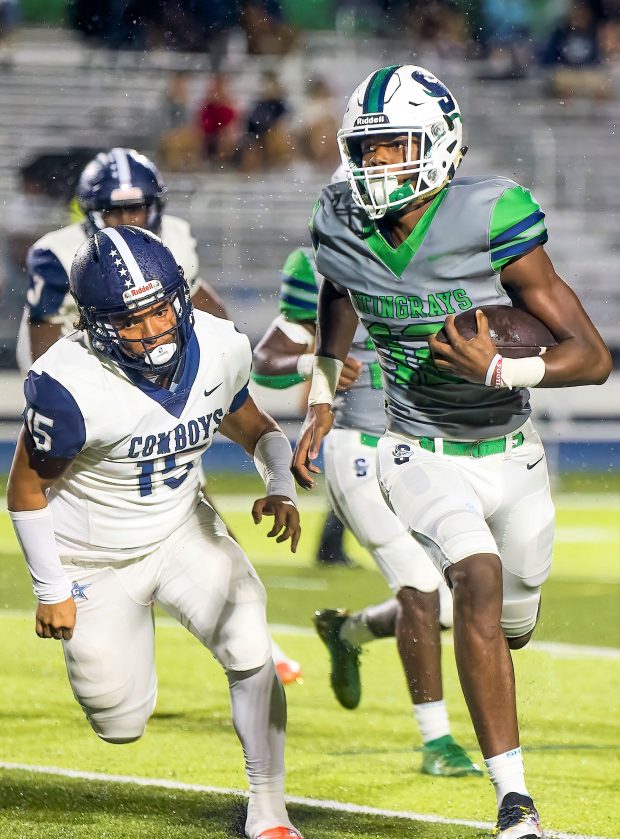 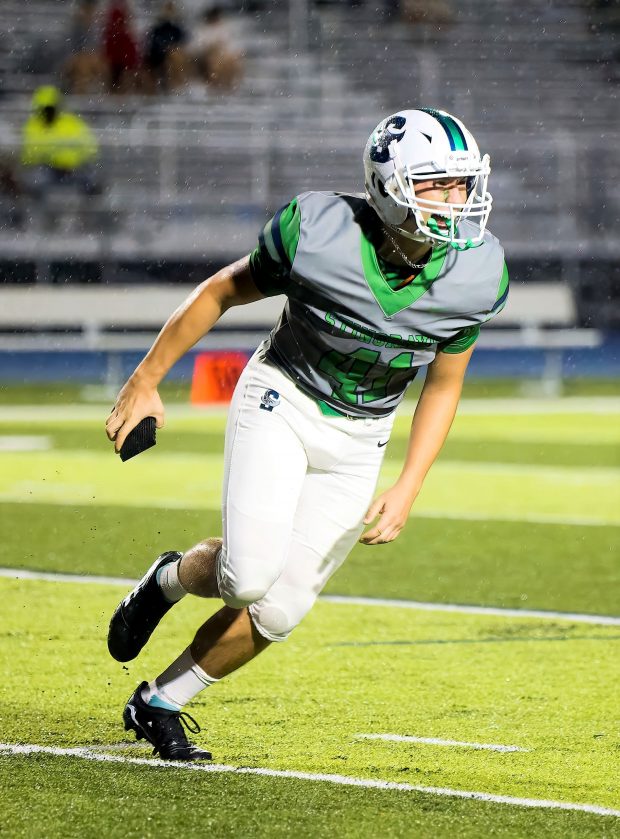 Sumner junior kicker Kevin Elsner celebrates after a clutch FG early in the game vs. Gaither. 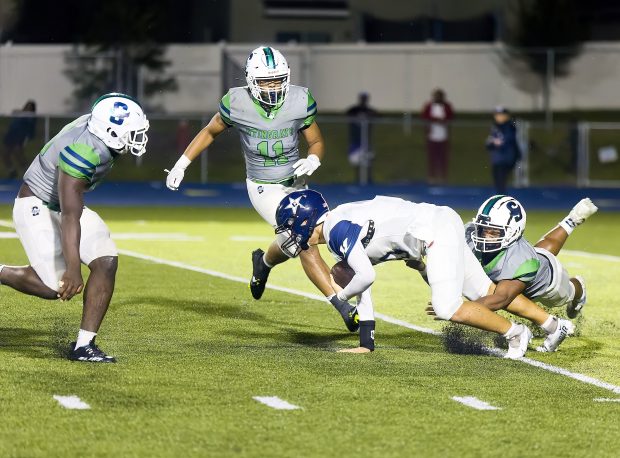 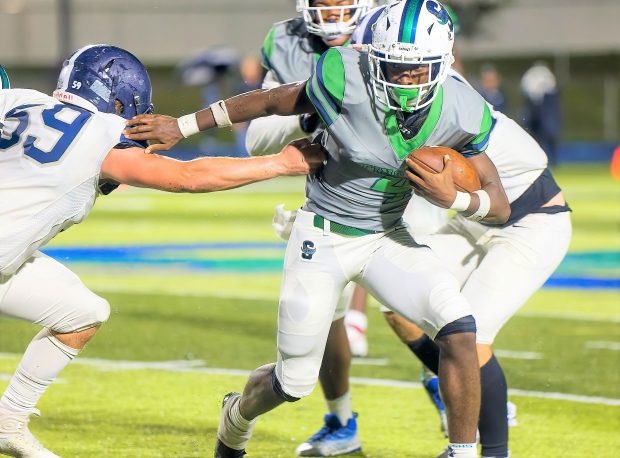 Stingray RB Devin Spencer pulls away from a Cowboy defender.

It was a soggy night at the Tank at Sumner HS on Friday night. Both teams had to deal with driving rain early in the game that made for a slippery football and tested the players ability to hang onto and catch the ball. As the night went on the conditions started to improve and set up an amazing finish for the two teams, fighting to leave with the win. Despite the slippery conditions, the offensives flourished: Gaither ended the night with 250 yards of total offense only to be upstaged by the Stingrays who piled up 348 total yards. Gaither struck first on the night with a three-yard run. Sumner would answer back with a long kickoff return by Stingray senior Kade Ray on the ensuing kickoff, putting the Stingrays at the doorstep of the end-zone. The Stingrays took advantage of a defensive stop of the Cowboy defense and tacked on a clutch 34-yard field goal from junior kicker Kevin Elsner and took the lead. The Stingray kicker also served up a pooch punt that the NFL would be proud of that pinned Gaither inside its 10-yard line. The Cowboys regained the lead on an 80-yard pass completion where the receiver found open space behind the Stingray corners. Stingray senior Keoni Denny would take the lead back with a nine-yard run in the back-and-forth battle. The teams entered halftime with Sumner holding the four-point advantage at 17-13. The Cowboy special teams factored in the next score by blocking a punt and falling on the ball in the end-zone for the TD. Stingray QB Greg Smith, having another big night by air and by ground, found open space and scored on a 22-yard QB keeper. As was the theme on the night, Gaither answered, but it would be Devin Spencer, punctuating a 120-yard rushing night with the final TD of the night, making the decisive score to put the Stingrays up for good. QB Greg Smith took the final knee to run out the clock and ignited the celebration of Sumner’s biggest win of the season.
Alonzo Ashwood’s Stingrays have already had many big victories in their short history, and Friday’s win will add to that list. They will face another competitive opponent on Friday at Wharton before they return home for the much-anticipated Durant rematch, which will close out September and will have the Tank rocking. Mother nature hasn’t been kind to the home fans in the past two home games. If the weather cooperates on Sept. 30, the home bleachers will be filled with energetic fans cheering wildly for the next great moment in the annals of Stingray football.