Stings Dragons on the road

Coach Ashwood took his Stingray squad on the road to visit the Jefferson Dragons and came away with a 49-6 victory, extending its winning streak to three to open the season. Sumner returns home to play a 1-1 Gaither team on Friday, Sept. 16 at 7:30 and will look to keep rolling toward the match-up vs. Durant on Sept.30.
The Stingrays used a huge 30-point second quarter to snuff out any fire the Dragons hoped to breathe. The Dragons only points on the night also were scored in that second quarter. The Stingrays opened the game with a 75-yard sprint by junior QB Greg Smith. It was the first of two rushing TD’s for QB Smith on the night. He also accounted for four touchdowns through the air and finished his night with 94 yards on the ground and 163 yards passing. Smith continues to be a big time player for the Stingray offense. Sumner WR senior Najee Dade caught two of the TD’s and ended the night with 74 yards receiving, leading the Stingray receivers. The Sumner offense failed to score a TD on only one drive. The Stingray defense had a solid night, holding the Dragons to only 131 yards of offense and forcing a fumble. 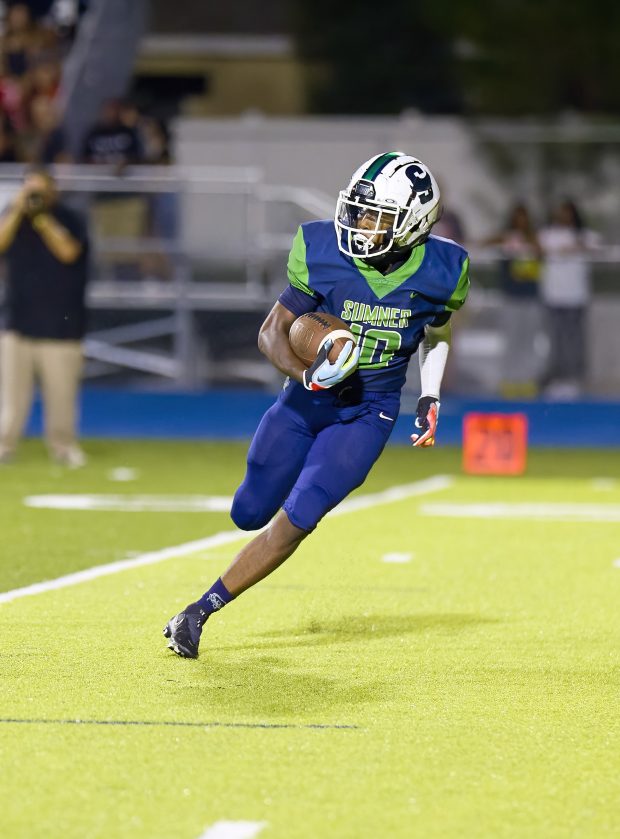 Sumner continues to be up to the challenge of finishing off weaker opponents, but they have stronger opponents coming up on the schedule. Of course, the Durant game has a revenge factor to avenge losses in its first two seasons vs. the Cougars. Before they get to that game, they will have to face a Wharton team that will provide the strongest competition they will have seen so far this season. Wharton is off to a 2-1 start, only losing to perennial powerhouse Jesuit and defeating Sumner’s next opponent, Gaither, by a 47-6 score. Beyond Durant, currently 2-1, South Shore rival Riverview is having a strong season and is also off to a 3-0 start. Sumner will match up against a revamped Riverview Sharks program in week 8, Oct. 14, at Riverview. The Stingrays will have challenges on their schedule in the coming weeks, and staying focused against the weaker competition will be an important aspect of the preparation for Coach Ashwood and his staff. The Stingrays have taken care of business up to this point, and it will be fun to watch Sumner as it heads into the competitive portion of its schedule as it eyes another playoff run.
The Tank will be the place to be on Sept. 30 vs. Durant, and a road trip to Riverview on the Oct. 14 should be on the calendar for some great South Shore football. 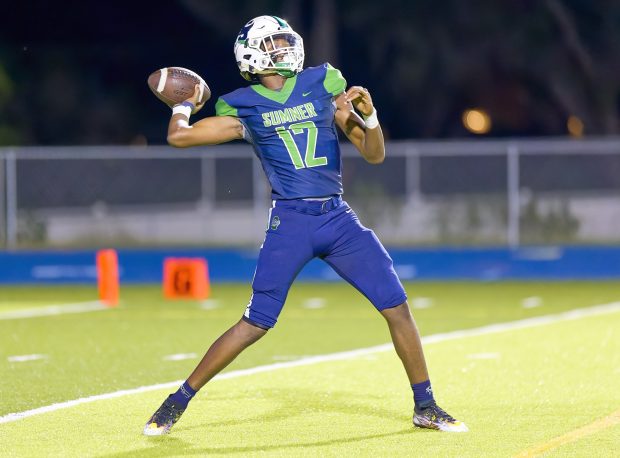