Sumner HS officially opened its third season of football on Friday August 26, on the road at Bloomindale HS with a 42-32 win. The team opens its home portion of the regular season on Friday, September 2, at 7:30 against Chamberlain HS.
The Bulls struck first, scoring a TD on their second possession of the game. The score was aided by a Sumner interception and three offside penalties by the defense. The Sumner offense would come right back and match the score on a sustained 68-yard drive, punctuated by a 4-yard pass completion from Stingray QB Greg Smith to Mekhi Slater. The teams traded touchdowns again to end the half at 14-14. The Stingrays would own the second half with QB Smith connecting twice with sophomore WR Tyler Williams. Williams ended his night with three TD’s and 173 yards, a massive game for the young wide receiver. Sumner RB Devin Spencer added a TD on the ground and QB Smith ran a 3-yard QB sneak to cap the offensive scoring. The Stingray offense had a big night accounting for nearly 450 yards. Smith completed 13 passes against 20 attempts for 257 yards and carried the ball 23 times for 82 yards. The junior QB looks to build on his very successful sophomore campaign. Head coach Alonzo Ashwood has put his trust in Greg Smith, and it looks to be a great decision. The Bulls tried to stay close with scores on three consecutive drives before taking a safety to end the game. The Stingray defense did close the deal but allowed Bloomingdale to rack up 403 yards for the game. 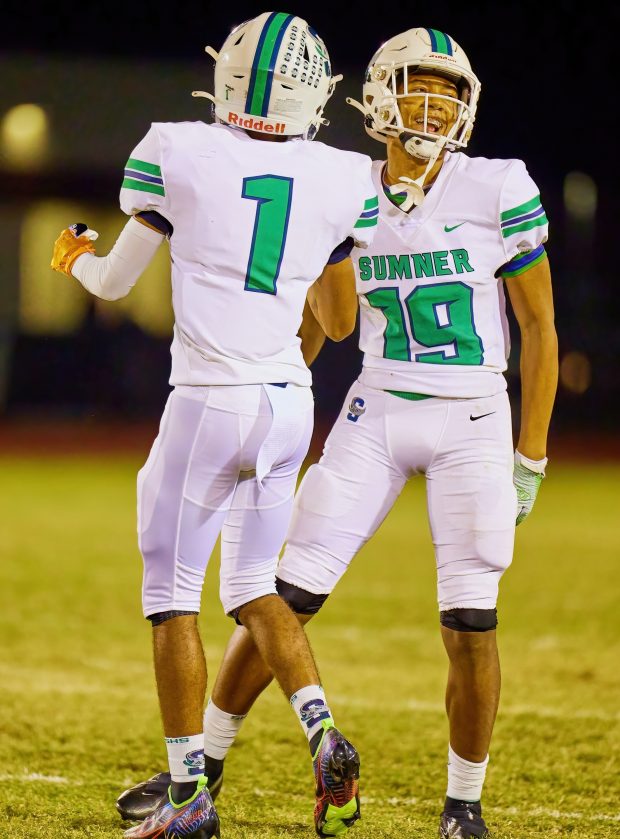 Francis Fedor Photo
Greg Smith warms up prior to game vs Braden River from the 2021 season.

Chamberlain will come into the Tank at Sumner High off a 39-0 home loss to Durant. Durant has been a thorn in the side for Sumner and will play in the Tank to close out September, and that is certainly a date that the Stingrays have circled on their calendar. Coach Ashwood and his staff will have to keep the team focused on the task at hand each week as they march toward that big game. The Stingrays will play a string of Tampa high schools – Jefferson (9/9 Away) – Gaither (9/16 Home) – and Warthon (9/23 Away) – for their September match-ups, facing all of those schools for the first time in Sumner history. They will have momentum coming into their home opener and a big crowd on their side. 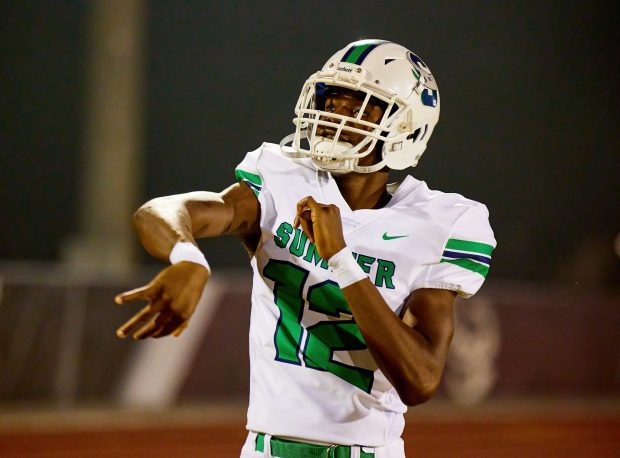