All the pre-season practices will be completed and the high school football season officially kicks off this Friday night for the five South Shore high schools.
Following last Friday night’s Jamborees ­— officially deemed practices and not part of the regular season stats or won-lost records — only Lennard High opens at home Aug. 26. The powerful Sumner Stingrays travel to Bloomingdale for their opener. East Bay hits the road to face Middleton High. Riverview makes a short trip to play hapless Brandon. Spoto visits Robinson High in Tampa.
The Longhorns host the Hillsborough Terriers whose head coach Earl Garcia Jr. is one of the most veteran and legendary coaches in Hillsborough County. Garcia’s Terriers are coming off a 10-3 mark last season. Garcia has been head coach for Hillsborough High since 1993.
Lennard Head Coach Matt Kitchie himself is no rookie. Kitchie has been at the helm of Lennard since 2017. His team went 2-8 last season.
At last Friday’s Jamboree against a talented Braden River squad, the visiting Longhorns fumbled twice inside their own 20-yard line. Braden River capitalized both times, scoring 6 in the first quarter and 6 in the second quarter. The Pirates added a field goal in the fourth quarter for the final score of 15-0. 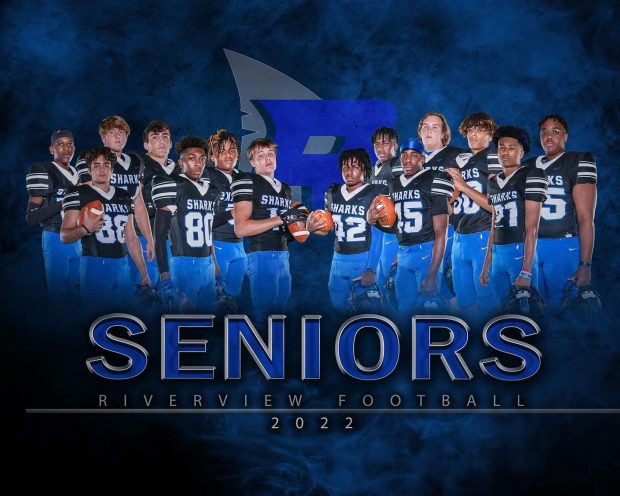 “I’m proud of our kids,” commented Kitchie after the practice or exhibition game. “We are a young team.”
Kitchie is going with senior quarterback Tyler Russell, last year’s wide receiver and backup QB. Three young men sharing the running back position are junior Anthony Hunt, senior Draiden Neidige, and sophomore Mason Burriss.
The Riverview Sharks have a new head coach in Anthony Rodriguez. Coach Rod also has a new quarterback, Aaron Turner. Turner played last fall at a Seffner private high school. He transferred to the Sharks after a spring at Lennard and he played against Riverview in the spring Jamboree. Now Turner is at Riverview and he likes to throw. One of his favorite targets in the Sharks 38-0 rout of Spoto in last week’s Jamboree was Harrison Hensley. That combo and more is expected to spark a win over the Brandon Eagles. Brandon has lost 40 straight football games, last winning against Wharton in the 2018 opener.
East Bay is also looking for a win in its regular season opener. The Indians under Head Coach Mike Gottman fell to Sumner 21-7 in the Jamboree last week featuring two of the best squads in the South Shore and Hillsborough County. That game and all stats were a practice. Now the Indians take a 0-0 record to tackle Middleton. Last season, East Bay went 8-3 and Middleton compiled a 3-7 record.
Spoto had a rough Jamboree, dropping its practice game 38-0 versus Riverview. This Friday the new Spartans’ Head Coach Keith Chattin takes a evening trek to Tampa to clash with Robinson High. Spoto went 2-8 last season. The Spartans have not experienced a winning season since going 8-4 in 2015. Robinson’s worksheet last year was 3-7.