Jule F. Sumner High School in the Balm Riverview area of Hillsborough County, the largest school in the nation’s eighth-largest school district, is set to expand even further, with a 25-classroom wing set to open in January.
If all goes well, this last-ditch effort to avoid double sessions will also buy time before a high school sited for Wimauma opens to relieve crowded schools in ever-growing south Hillsborough County.
“We’re close, we’re very, very close” to double sessions, “but the district building the wing will absolutely help,” Sumner Principal Robert Nelson said, in an interview Aug. 4 at the “Teaching To Excellence” breakfast at The Regent in Riverview. “It’s been a top priority to get that wing built as soon as possible.” 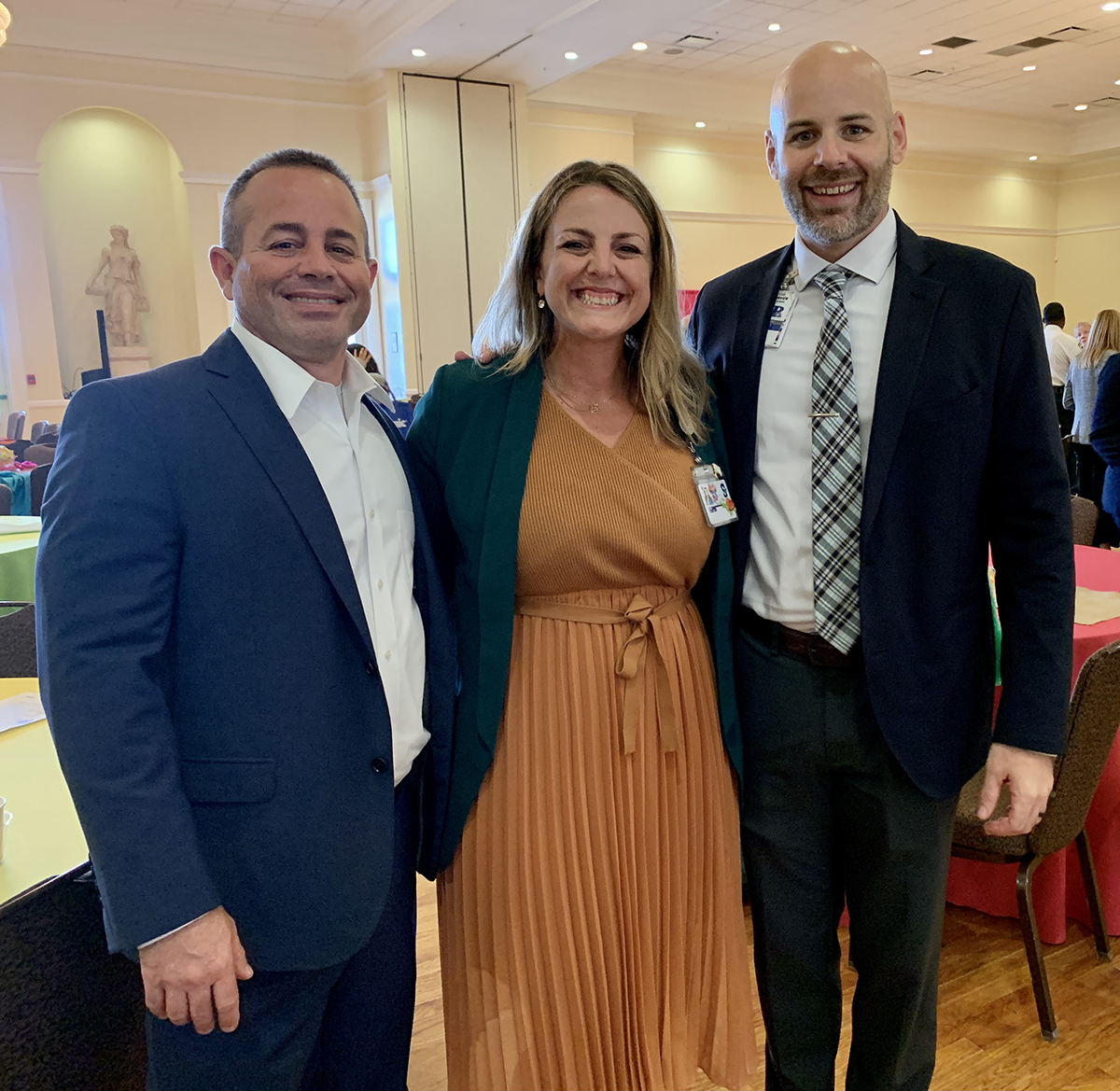 Meanwhile, Sumner school officials have 20 portable classrooms to work with, the same ones they put to use at the start of the 2021-22 school year, Nelson said. Moreover, he added, campus faculty and staff have navigated the trials of a burgeoning student enrollment and are the wiser for it, even in the midst of a health pandemic.
“Going through the past year, as hard as it was, only makes you stronger for the next couple of years,” Nelson said. “You could say 3,500 students, but until you experience it, that’s something else.”
Adding to the challenge is the coronavirus pandemic, from onset through protocols, with the ebb and flow of uncertainties seemingly taking a turn for the better as the new school year gets underway.
“That’s what we’re all hoping for,” Nelson said. “We’re hoping for a little more normalcy this year. What does that look like? We’re about to find out.” 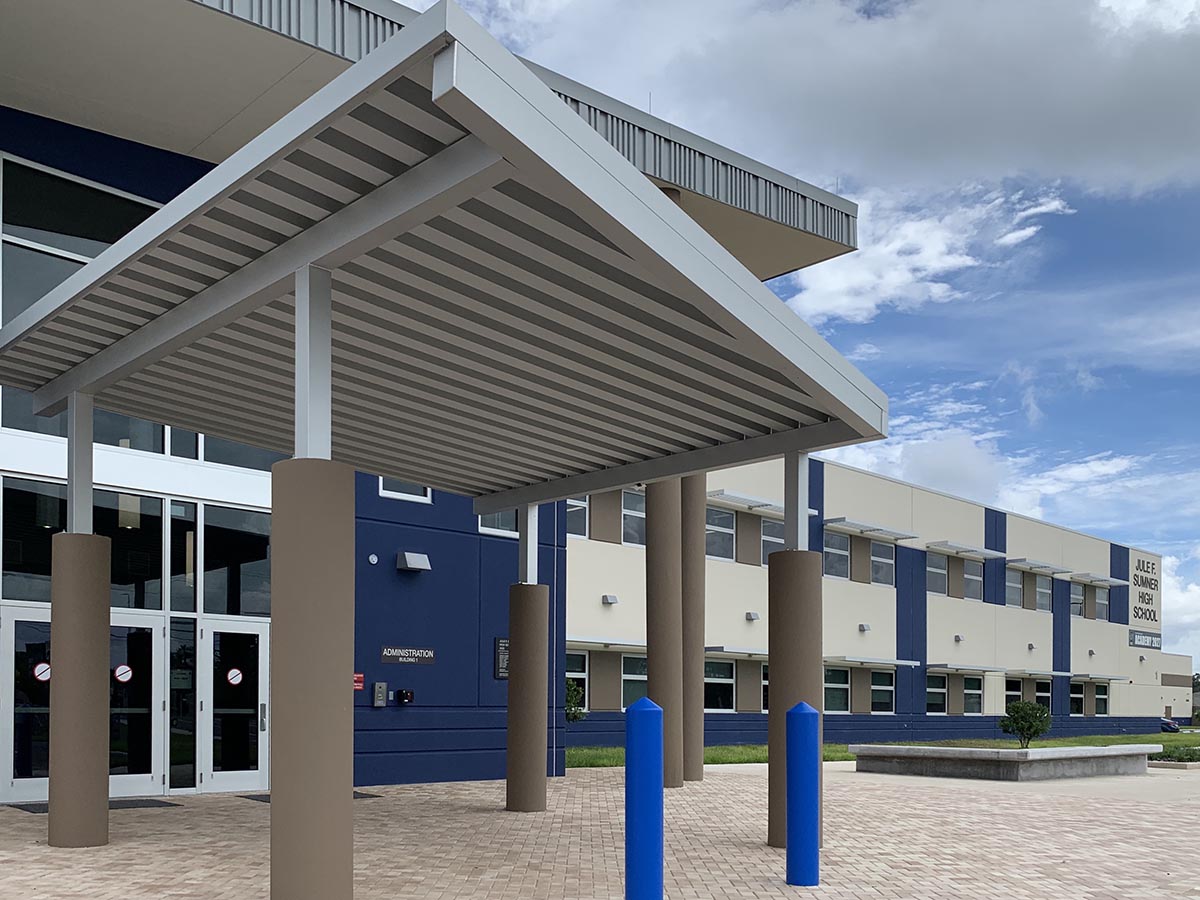 Meanwhile, hope springs eternal with a new classroom wing set for a January opening and a new school in Wimauma at the top of the must-do list for school officials.
Until then, “we’re making it work,” said Nelson, who added that most of his 180 slots for teaches have been filled. “I’ve got a great, diversified staff, and we have a tremendous, diversified student body. Do I feel so much better going into this year over last year, even though we’re bigger? One hundred percent better.”
When it opens with its official name, High School “UUU” in Wimauma is expected to affect attendance boundaries for Bloomingdale, Brandon, East Bay, Lennard, Newsome and Sumner high schools, according to “Proposed Attendance Boundary Changes,” a district document updated in July 2021.
School district plans were to construct a middle school and a high school on Bishop Road property in Wimauma, one of two sites under consideration. School officials appealed a county decision that halted those plans based on transportation issues. In May, county commissioners reportedly approved a 299-home Lennar Homes developmentpin Wimauma, with a related road plan that paves the way for school district officials to build a high school, middle school and elementary school in the area. The area encompasses land at the northeast corner of West Lake Drive and Brigman Avenue, about 500 yards north of Bishop Road.
Meanwhile, life goes on at Sumner, which debuted at the start of the 2020-21 school year. Driven by its motto, “Unity Through Diversity,” the school’s first graduating class received their diplomas in June. By district policy, newly opened high schools in Hillsborough County open without a senior class.
Nelson points to milestones of achievement, including the first graduating class of 36 AICE diploma students in 2022. When Sumner opened in 2020 with the district’s first Cambridge AICE high school program, it paved the way for more schools to follow. The Cambridge Advanced International Certificate of Education (AICE) encompasses the “gold standard” Cambridge International AS- and A-level qualifications and offers students the opportunity to tailor their studies within an international curriculum framework to their interests, abilities and future plans.
According to Nelson, 230 students are on track to receive the AICE diploma upon graduation in 2023.
To help relieve overcrowding in nearby middle schools, Sumner opened in 2021 with an academy for middle school students, which today numbers about 360 students, Nelson said. Those student spots will be converted to high school seats once the original cohort of students completes its middle school studies.