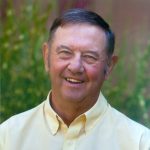 Robert Louis Chase, 85, of Lakeside, Ohio, and formerly of Aurora, New York, passed away peacefully on Tuesday, July 26, 2022, at Otterbein Marblehead SeniorLife, Lakeside, where he had resided for the past five and a half years. He was born in Auburn on April 5, 1937, the son of Claude F. and Florence (Harwick) Chase. Robert graduated from Sherwood Central School, Sherwood, N.Y., in 1954, and in 1955 he enlisted in the United States Naval Reserve, where he served until 1963. On Sept. 5, 1959, he married Priscilla (Stoker). They shared 53 years together until her death on Jan. 24, 2013.
Robert was a heavy equipment operator for the Town of Ledyard, N.Y., Highway Department for 33 years, retiring in 1999. He joined both the Grand Lodge of Free & Accepted Masons of the state of N.Y. and the Order of the Eastern Star of the state of N.Y. in 1964. He was a longtime member of OES DeWitt Clinton Chapter #625, serving as patron too many times to count. Robert was a lifelong member of Scipio Masonic Lodge #110, of which he was past master. He joined the Ancient Accepted Scottish Rite N.M.J. Valley of Binghamton, N.Y. Lodge in 1970, of which he was past master. Both lodges recognized Robert with Dedicated Service Awards, and he also received Scottish Rite’s Award for Meritorious Service. He served as dad advisor for the Union Springs, N.Y. Assembly of the International Order of Rainbow for Girls and was awarded its Grand Cross of Color.
Robert, in his younger years, played basketball with the Auburn YMCA league and was the scoutmaster of Aurora Boy Scout Troop #36. He served on the school board of the Southern Cayuga Central School district for several years. Robert was a member of the Central New York Two-Cylinder Club, working on and collecting tractors. He and Priscilla enjoyed traveling, especially to Sun City Center in Florida, where they made many lifelong friends. Robert loved to stay active and enjoyed playing the position of catcher for the SCC Softball Club and riding his bicycle.
In addition to his parents and wife, Robert was predeceased by bothers, Paul Chase and Harold Chase, and sisters, Susan Chase and Rhoda Lee (Chase) Curtiss. Left to cherish his memory are daughter Pam (Chase) and son-in-law Rich Ryan of Port Clinton, Ohio, along with several in-laws, nieces, nephews and cousins.
A special thank you to Robert’s Otterbein Marblehead family for the TLC they provided to him.
Visitation and interment in Evergreen Cemetery in Ledyard, N.Y., have taken place. Memorial contributions may be directed to the Aurora Masonic Center, P.O. Box 74, Aurora, NY 13026.

Captain James T. Robison Jr., born June 11, 1943, in Alton, IL, died on July 19, 2022, surrounded by his wife and family. A 1965 graduate of the U.S. Air Force Academy, he earned the Distinguished Flying Cross and served during the Cold War, stationed first in Vietnam and then in West Germany.
He is preceded in death by his parents, Edith and James Robison Sr., and his wife of 32 years, Sally Robison. He is survived by his wife, Donna Robison; his daughters, Amy Nance and Ashley Harris; his stepdaughter, Carol Karp; his stepson, Jonathan Cushman; his siblings, Kay Hinegardner and Ed Robison; and 13 grandchildren.

Davie L. Wightman, 75, of Westfield, New York, and Sun City Center, Fla., died Tuesday, Aug. 2, 2022, at Westfield Memorial Hospital, with family by his side. He was born March 8, 1947, in Wellsville, N.Y. The third child of Richard Burton Wightman and Rosemary Green Wightman, Davie was raised in Andover, N.Y., and moved to what he considered the urban metropolis of Westfield in 1973 with his wife and children. After he retired from working as a carpenter, he and his wife wintered in Florida for several years, where he loved the winter warmth and sun.
Davie is survived by his wife of 53 years, Rose; his daughters, Melissa Janidlo (Patrick), Jennifer Shearer (Kenneth Jr.); grandchildren, Michael Janidlo (Josephine Winter), Kenneth Shearer III, Samuel Wightman, Gail Wightman-Bouldin and Joan Whelpley; he is also survived as well by many in-laws, cousins, nieces and nephews. He valued the concept of extended family and followed the adventures of relatives near and far.
In his early years in Andover, Davie was a very active and committed member of the Andover Volunteer Fire Department and Rescue Squad, where he was an EMT and officer of the organization. With his wife he trained rescue squad members for the American Red Cross.
He graduated from Alfred University with a Bachelor of Fine Arts in Sculpture and used his artistic training in designing and making custom furniture pieces for his wife and daughters. He used walnut and cherry wood from the yard in Westfield for some of those pieces.
Davie had been a lifetime member of the NRA, and a lifetime member of the Westfield Fish and Game Club. Each grandchild was given its own child size fishing pole at birth and invited to fish with Grandpa as soon as they were able and willing. The favorite fishing spot for the first trip out was the Westfield Fish and Game Club.
According to Davie’s wishes, there will be no visitation or formal service. He loved the outdoors and living with nature, so the family and friends will gather later at a favorite spot.
The family wishes to thank the nurses, doctors and staff at Westfield Memorial Hospital for the outstanding compassionate care provided during his final days.
Memorial donations in his name may be made to any of the dedicated volunteer rescue squads in Chautauqua County, New York, or Sun City Center, Fla., or to the Westfield Fish and Game Club.

Joe W. Adkins entered into God’s Kingdom on Aug. 3, 2022, at age 89, with his wife Elaine at his side. Joe was born October 5, 1932, in Hazel Green, Ky.
Joe was preceded in death by his parents, Joshua and Lillie; his wife Joyce; his son, Rev. Michael; also four brothers, Jesse, William, Arnold and Paul; six sisters, Mary Ann, Ova, India Belle, Bessie, Carrie Lee and his beloved Lillian.
Joe is survived by his loving wife, Elaine; two sons and their wives, David (Renee), Kent (Susan); a daughter-in-law, Dreama; one brother, Roger; two stepsons, Mitchell Tharp (Brittany) and Mark Tharp; four grandchildren, Nathan, Jason, Chase and Beth; three step-grandchildren, Mitchell, Sebastian and Emilia; and seven great-grandchildren, Hunter, Tyler, Makayla, Abby, Aiden, Scarlett and Brantley; also many nieces and nephews.
Joe served in the Army, was the pastor at the Streetsboro Church of God for almost 30 years and he had a lifelong love for baseball.