Engages the community for a day of football fun, food and games

Sumner football hosted its annual summer camp and engaged the community for a day of football fun, food and Games
Sumner football held its 2nd Annual Back to School Football Camp on Saturday, July 30, from 8 a.m.-2:30 p.m. The camp featured former NFL players George Selvie (Dallas) and Ed Williams (Green Bay) and offered a chance for the Sumner community to come together to celebrate the upcoming football season. The event brought out a variety of food trucks to offer different tastes to the campers and visitors to the event. The food truck part of the event was billed as a “Food Truck Festival & Market Place” and offered a truly festival environment with face painting, family games and a silent auction to complement the food and wares vendors. The on-field portion of the day included a flag-football quartet of action. The campers split up into eight groups, spanning four segments of the field to enjoy some fun, competitive action.
Sumner football players have been diligently working during the off-season to prepare physically and mentally to make a deeper playoff run and exceed the efforts of the 2021 season where they went 9-3 overall and an undefeated 5-0 in winning the 6A District 12 division. 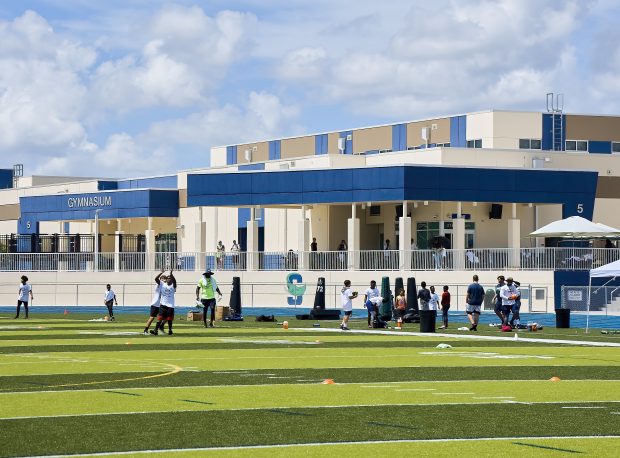 Sumner’s football field was the site of the 2nd annual back to school camp. 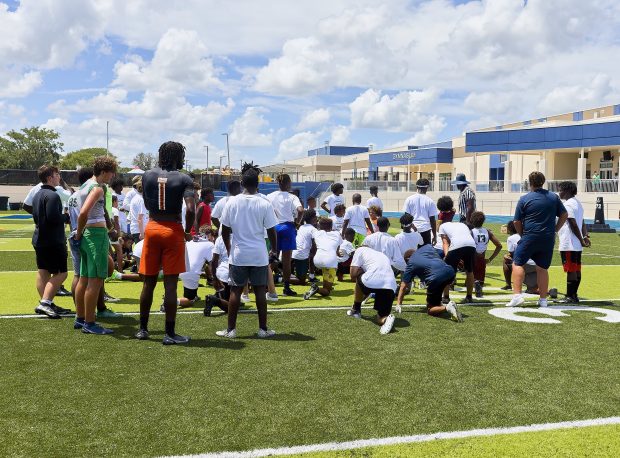 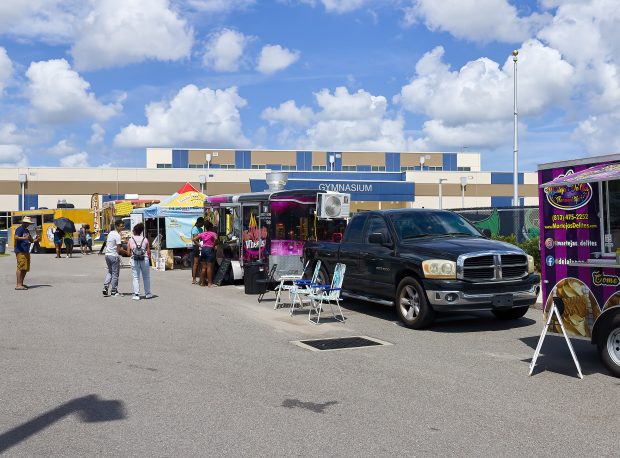 The team returns a number of stars to the field who will complement the younger talent who will be the future of the Sumner program. QB Greg Smith, a transfer in the 2021 season who made an immediate impact on the field with his mix of a strong arm and elusive leg work, enters his junior season looking to use a successful season to take his game to the next level. Keoni Denny, a two-way star, playing LB on defense and RB on offense, looks to be the on-field leadership for his senior year to elevate the talent on both sides of the ball while he strives to cement his star stature. He has committed to UNC Charlotte. The Sumner roster has a number of players who will also be playing out their Stingray careers as seniors, which should make for a very formidable group of cohesive talent. The team will challenge every opponent to bring its best or end up on the losing side of the scoreboard. One opponent that has been a thorn in the side of Sumner over the past two seasons has been Durant. Sumner has played very competitive games against Durant only to lose. Both losses have been at Durant, but this season, the Cougars will be coming to Sumner, and the Stingrays are looking to avenge those losses on Sept. 30 at 7:30. p.m. It will be one of the many must see games in the “Tank,” the moniker for the Sumner football complex.
Head coach Alonzo Ashwood returns for his third season at Sumner, compiling an overall record of 16-4, while winning big games against Braden River in October of 2021 to clinch the district championship and winning the first ever playoff game against Northeast in front of the home Sumner crowd. The team wasn’t eligible for playoff action in the inaugural season of Sumner football as it played a mixed JV/Varsity schedule that is typical of first year schools. Coach Ashwood and his staff energize the Sumner players to challenge themselves and leave it all out on the field, while learning and growing in the game that could provide those successful with college offers to continue their football careers.
As one coach commented, there “are no excuses.” Competitive play kicks off on August 19, at home, vs. South Shore rival East Bay in the Kickoff Classic. It should be an exciting season for the Sumner football program. 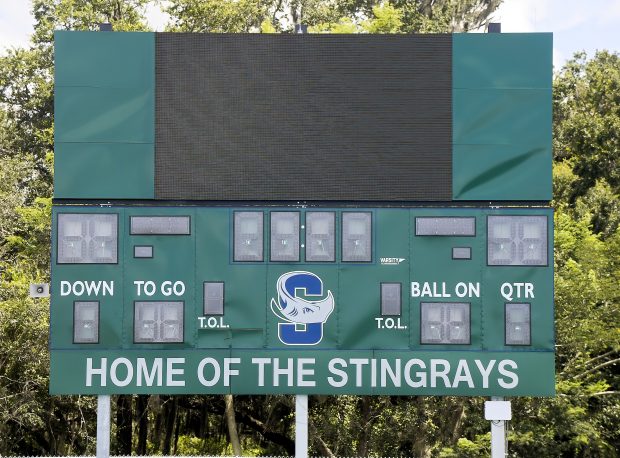 Francis Fedor Photos
Sumner (like other Hillsborough High Schools) will be opening the season with new scoreboards. 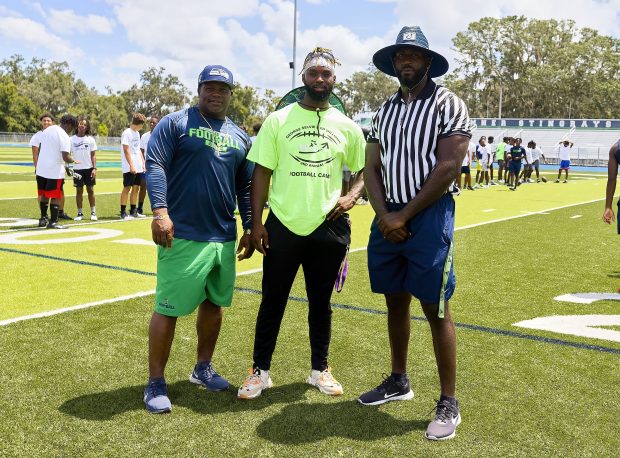