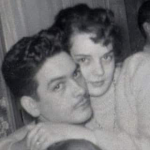 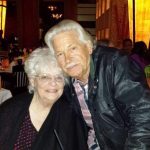 Michael Arthur Hughes, 75, of Sun City Center passed away on July 23, 2022. Michael was born in Minneapolis, Minn., on Oct. 2, 1946. He proudly served in the United States military and was a fighter pilot trainer and SIM Tech for many years.
Michael is survived by his loving wife, Jean Marie Hughes; children, Brain and Chad; stepchildren, Michael, Greg, Michele Rodgers of Ohio; five grandchildren; sister, July, and her husband, Dave Olson, of Pennsylvania; and a host of other family and friends.
Private burial at Skyway Memorial Cemetery in Palmetto. Online condolences at Skywaymemorial.com/.

William James Morahan Jr. of Sun City Center, Florida, passed away Thursday, July 28th, 2022, at the age of 79. He was born in Chicago, Illinois, and resided in Schaumburg, Illinois.
Bill worked most of his years in the beverage industry and retired from Coca Cola Bottling after 40 years.
He was preceded in death by his loving wife Marilyn of 45 years.
He is survived by his sister, Peggy Morahan, and three children, Kelly (Michael) Haas, Colleen (Joe) Pierce and Michael (Teril) Morahan. He was the proud grandfather of Erin Morahan, Tyler and Hailey Pierce. He was a loving, generous father and trusted friend.
He will be dearly missed and in our hearts forever.