Sixty years after she said “I do” at the altar, Fran Senory is remembering the man she said made her laugh, loved people and lived by the belief that if you make a commitment, you keep it.
“He was a good man,” Senory said, about her husband, Paul William Senory of Lithia, who died July 13 in Sun City Center at age 84, one month after his June 9 wedding anniversary. “Paul never met somebody he didn’t like. He found something he liked in every single person.” 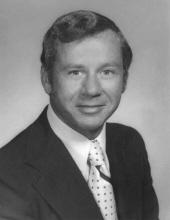 Word spread quickly through the Greater Brandon, Riverview and Tampa communities about Paul Senory’s passing after a short illness and to the sudden surprise of many who knew him.
Among them is Joe Eletto, who said Senory, as chair of the Greater Brandon Chamber of Commerce Military Affairs Council, lent great support to establishing the Military Affairs Committee at the Greater Riverview Chamber of Commerce.
“Paul was very tuned in to the military community,” Eletto said. “He was honorary squadron commander at the MacDill Air Force Base, he chaired the military affairs committee for Brandon and he did a lot to help airmen.”
Moreover, Eletto said, Senory was instrumental in helping to grow and move the annual Military Affairs Reception to the Tampa Garden Club in Tampa, nearer to the base. Derailed in recent years because of COVID, Eletto said he is hopeful the event will return again under the joint efforts of the Greater Riverview, Brandon and South Tampa chambers of commerce.
“Paul was instrumental in helping us participate in that military reception, and that was strictly for active-duty military,” Eletto said. “He wanted to give back to the base and those active-duty airmen.” 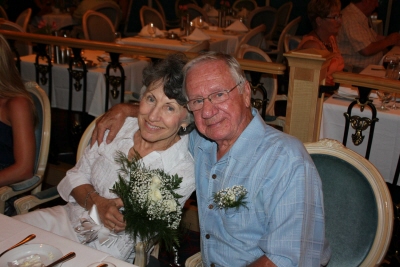 Paul Senory, with his wife of 60 years, Fran.

Senory’s love for the military took root in Korea, Fran Senory said, noting his four years of service grew into an enduring devotion to serve. Toward that end, “he paid to have a veteran, who could not afford it, go on an Honor Flight, and Paul went with him,” Fran Senory said. “He said it was one of the most meaningful things he ever did.”
Senory was more than his military connections, however, and key among them was his commitment to his family, to his community and to Sencommunications, the Tampa business he founded in 1989 with his wife. The company resells telecommunications equipment.
Structured strategically from the start as a woman-owned business, with his wife as president of the company, Sencommunications continues today under the helm of Paul and Fran Senory’s daughter, Stacie Miller, and her husband, Bill.
“Paul was so proud of their company and treated his employees like family,” said Bill Miller, in delivering Senory’s eulogy July 21 at St. Stephen Catholic Church in Riverview. “The company was successful then and remains successful today, 33 years later.”
Ever vigilant to do the best for his family, Fran Senory recounts her husband at lunch one day at Chili’s, during a business break, where he told his waitress he had an employee he would like her to meet. “I’m so happy he did,” Fran Senory said, “because he rounded out our family, and now our son, Bryan, and his wife, Cessy, have been married for 20 years.”
As for community service, “I don’t even think I know all he did, he did so much,” Fran Senory said. “When he left the company, he threw all his time and energy into the community.” 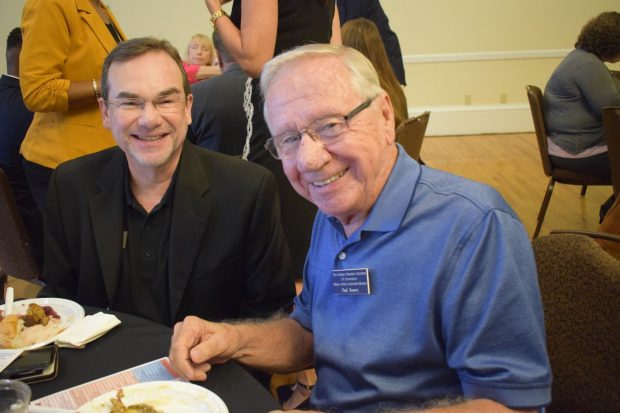 Fran Senory said her husband, Paul, shown here at a chamber luncheon with Steven Blinder, left, “made me laugh every day of my life.”

“They say 20 percent of the people do 80 percent of the volunteering,” Stacie Miller said. “My dad decided to be one of the 20 percent.”
Preceded in death by his parents, Anthony and Yvonne, and his brother, Bob, Paul Senory leaves behind his wife, daughter, son and their spouses; three grandchildren, Megan, Weston and Connor; and many nieces and nephews.
With them he leaves a legacy of life lessons learned.
“He raised us to be respectful,” Miller said. “You never go wrong when you build your life and business on respect and integrity. I never knew Paul to do anything ever in his life that was not above board and ethical.”
“You know all those in-law jokes?” said Bill Miller in his eulogy. “None of them apply to Paul. He was generous, gracious, funny and loving. He also was a man of great faith.”
Born and raised in Massachusetts, Paul Senory as a 16-year-old at Wayland High School met his wife, who, at age 14, remembers her husband as “just always kind to everybody.” Together they loved to cruise, having visited 55 cities in 35 countries. 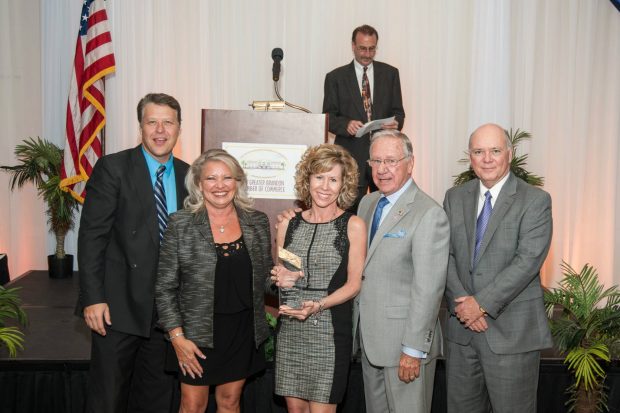 Paul Senory, second from right, with his daughter, Stacie Miller, receiving an award for Sencommunications, the company Senory founded in 1989 with his wife, Fran, and that Stacie, with her husband, Bill, continues to run.

Despite the occasional ups and downs, theirs was “a marriage made in heaven,” Fran Senory said, which, in turn, led to another life lesson learned.
“You make a commitment and you keep it, and Paul made me laugh every day of my life, one way or another,” Fran Senory said. “When you find somebody to love, make sure they can make you laugh.”
It was Senory himself who wrote his obituary, who near its closing includes words to ease the grief, as he reflects upon his life in the third-person: “Paul asks his friends and family not to mourn him because, as he often said, he had a wonderful life, and thanked God every day for his blessings.”
For Senory’s obituary, visit www.SouthernFuneralCare.com. A private interment at Sarasota National Military Cemetery followed Senory’s service at St. Stephen. In lieu of flowers, the family asks that donations be made to LifePath Hospice in memory of Paul Senory.