Harold Wadhams Gates died peacefully at the age of 102 on July 2, 2022, in Sun City Center, Florida, where he and his wife Evelyn had happily made their home in recent years. He lived a long, full life, filled with family, a broad circle of friends and keeping up with scientific innovations.
He was born on May 1, 1920, to Edson and Edith Wadhams Gates in Ashland, Mass., where he attended schools and married his wife, Evelyn Kimball Gates, in 1944.
He was part of “the greatest generation” and served during WWII as an Army Air Corp pilot, flying a B24 Liberator out of the air base in Wending, England, bombing targets in Germany, where his final mission with the 392 bomber group was to target the city of Hallein, Austria, which was the supply chain to Hitler’s mountain retreat. After the end of the war, he talked rarely of war times and, instead, turned to family, education, work and community.
He graduated from Northeastern University with a degree in engineering in 1947 and worked in sales for Hosmer R. Kimball in Boston, Mass., for many years and then, later, for Flomatcher Inc., located in Corvallis, Oregon.
Married to Evelyn for 75 years, they enjoyed his lifetime hobby of flying his private plane, which brought them to travel the United States and Caribbean islands. He loved gardening, grandchildren and golf, and maintained discussions of current events with family and friends right up to his recent decline. A treasured message to his children reads, “I have regrets, there are things I wish I hadn’t done, things I should have done, many things I’m happy to have done, all in a happy lifetime.”
Harold is survived by his four children and their families, Beverly and Joseph Gracia, and their children, Caroline, Glynnis and Joseph; Wendell and Mary Elise Gates, and their children, Jeffrey and Kimberly; Carol and Michael Rice, and their daughters, Gretchen and Rebecca; Emily and Richard Brown, and their daughters, Carrie, Alison and Deborah. Harold’s family also includes 10 grandchildren and 24 great-grandchildren. He is predeceased by his wife Evelyn in 2021.
The family offers their heartfelt appreciation to all who were so kind and caring to Harold these past years, especially Teresa Rowe-Wilson, his friend and long-time caregiver who has helped him respectfully and faithfully.
The family will honor his life privately.
In lieu of flowers, please consider contributing to Ashland Emergency Fund, P.O Box 112 Ashland, MA 01721, Phone: 508-736-8892 or ashlandemergencyfund.org/.
‘“Since 1987, the AEF has been Ashland’s behind-the scenes, private place to which those in need have been able to turn for help.”
Matarese Funeral Home and Cremation Services, Inc. of Ashland, Mass., has care of the arrangements. To extend online condolences, please visit mataresefuneral.com/. 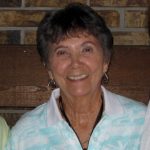 Elaine Van Der Baan – Domroes, age 94, of Ft. Myers, Fla., formerly of Sun City Center, Fla., passed away peacefully on May 24, 2022. She was born March 11, 1928, in Zeeland, Mich., to Charles Zeerip and Janet Kraai.
Elaine is preceded in death by her husband(s), David Domroes, married five years, and Donald Van Der Baan, married 61 years.
Elaine and Don moved to Sun City Center in 1995, where they were involved in golf; the German American Club; United Methodist Church of SCC, where they helped establish the Memory Garden; and many other social activities.
After being a widow for several years, Elaine found the second love of her life, David, and they together enjoyed golf; church activities, such as choir, at Redeemer Lutheran Church; and many social activities. After several years of being a widow again, Elaine moved to the Fort Myers area to spend time with family down there.
She is survived by two daughters, Dee Mac Donald and husband Paul, of Brandon, Fla., Lynda Whitman, and husband Glenn of Estero, Fla.; four grandchildren; seven great-grandchildren; and two great-great-grandchildren.
A celebration of life will be held at Redeemer Lutheran Church, 701 Valley Forge Blvd. in SCC on Saturday, July 23, at 11 a.m. In lieu of flowers you can send contributions, payable to USF Foundation, Inc. and mailed to USF Health Byrd Alzheimer’s Center and Research Institute, 12901 Bruce B Downs Blvd., MDC 70, Tampa, FL 33612, ATTN: Frank Koulianos.

Alton Nelson (“Bubba”) Jones Jr., 93, passed away on July 2, 2022. He is survived by his wife, Beverly, of 61 years; a son, Steven, (Tracy) of Lakeland; grandchildren, Jordyn and Chandler Jones of Lakeland; and sister, Shirley Peeler, of Sun City Center. He was preceded in death by his parents, Alton N. (Papa) and Annie Lee (Nannie) Jones; his brother, Donald Jones; and his daughter, Tammy Jones.
Nelson spent his childhood in Wimauma and was a graduate of Wimauma High School. He was a 20-year veteran of the U.S. Navy, serving from 1945-1965 in the South Pacific, Korea and Vietnam. When he retired from TECO after 27 years, he then began working at several golf courses and shops in the area. He loved golfing, reading western novels, watching John Wayne movies, spending time with family and friends, and telling stories of his many adventures.
His final resting place is Florida National Cemetery in Bushnell.
Those who would like to express their condolences may do so by making a donation to LifePath Hospice of Sun City Center.

Jennie Novellino, age 101, of Sun City Center, Fla., went home to be with the Lord on July 7, 2022. She joined her husband Peter, who predeceased her in death on Nov. 25, 2003. Jennie is survived by her three sons, Thomas, Peter and Phillip; six grandchildren; and two great-grandchildren.
She was born in Brooklyn, N.Y., on June 19, 1921, and raised her family on Long Island. Always devoted to her family, friends and Christian faith, she moved with her husband to Florida upon his retirement from teaching.
Though she lost her husband too soon, her remaining years were filled with the ever-present love and support of the dear friends in her church and community. Her family will be forever grateful for their loyalty and devotion.
A Celebration of Life Service was held at 1 p.m. on July 8, 2022, at Trinity Baptist Church in Sun City Center, Fla. Burial will follow at Florida National Cemetery in Bushnell, Fla., at a later date.
The family requests any memorials be sent to Lifepath Hospice and Palliative Care, 3010 West Azeele St., Tampa, FL 33609.

Capt. William Hagen of Sun City Center, Fla., passed away Monday, July 4, 2022, at the age of 97. He was born on Staten Island, N.Y., and resided in Freedom Plaza, Fla.
Capt. Hagen, a third generation pilot, was also the oldest living Sandy Hook pilot. He guided ships entering and leaving the New York harbor, including iconic ships such as the Queen Mary 2 and the Queen Elizabeth 2. A highlight of his career was taking part in Operation Sail in 1976, the celebration of our bicentennial. He also served in the Coast Guard during World War II.
He is survived by his wife Esther. Additionally, he had three proud, adoring daughters, all of New Jersey, Bonnie Hagen, Nancy Hagen and Susie Delaney. Other survivors are six grandchildren and five great-grandchildren.
Capt. Hagen, affectionately known as “Red,” will be remembered as a fabulous ballroom dancer and performer. He was a loving, generous father, grandfather and trusted friend.
He had an infectious sense of humor, which delighted everyone he met. He will be dearly missed and in our hearts forever.

David Haro, of Sun City Center, passed away on Monday, May 30, 2022. Born Jan. 1, 1941, in Chisholm, Minn., he was the son of the late Donald and Julia Haro. He graduated from Waukegan High School in 1958. He graduated from Marquette Dental School in 1964. After graduation he served in the military at Walter Reed Medical Center; in Paris, France; and at Ft. Leonardwood, Mo.
He met his sweetheart, Camille, in 1968. He attended the University of Missouri Kansas City Dental School, specializing in orthodontia and graduating in 1969. Following his graduation, David and Camille were married. He served in the United States Army for 26 years, obtaining the rank of colonel.
He is survived by his wife, Camille, of 53 years; his daughter, Davana (John) Robson; and son, Patrick Haro. He is the proud grandfather of Jadyn and Ashlyn Robson and Cameryn, Shayne, Caden and Sophia Haro. David enjoyed reading, studying, golfing, photography, gardening, running and traveling. Compliments of the military, he traveled all over the world.
There will be a private celebration of his life by his family members. He will be interred in Kansas.

Donald Hugh Vaughan, 88, of Ruskin, Fla. passed away on July 7, 2022. He was born and raised in Tampa, Fla. He is predeceased by his wife, Esther, and his sons, Darell and Michael. He is survived by his only daughter, Julie (Taylor) Chapman; eight grandchildren; and eight great-grandchildren.
Donald was a longtime employee of TECO for 40 years. He proudly served his country in the Army for eight years. A visitation will be held on Wednesday, July 13, 2022, from 10 a.m. to noon at Sun City Center Funeral Home, 1851 Rickenbacker Drive, Sun City Center, Fla., immediately followed with a Baptist service. Donald will be laid to rest in Ruskin Memorial Park following the service.

It’s been 10 long years since you left us, but not a day goes by that you’re not thought of and loved.
Everyone, family and friends, we all miss you very much. You are missed beyond words, loved beyond measure and forever in our hearts
Love, Mom, Dad and family