The Valencia Lake Lakers, a team made up of the best of the best from the Valencia Lakes softball community, welcomed the Center Mass Police Softball Team, a competition group that is based in Tampa, Florida, and comprised of Federal, State and Local Law Enforcement officers from the surrounding Tampa counties. The teams came together for a benefit game where the proceeds would be split equally between the Hillsborough County Sheriff’s Office (HCSO) and the USA Patriots (formally the Wounded Warriors). The HCSO charity has distributed more than $1 million to HCSO families in need. The donations allowed for a split of around $1K to each of the foundations. 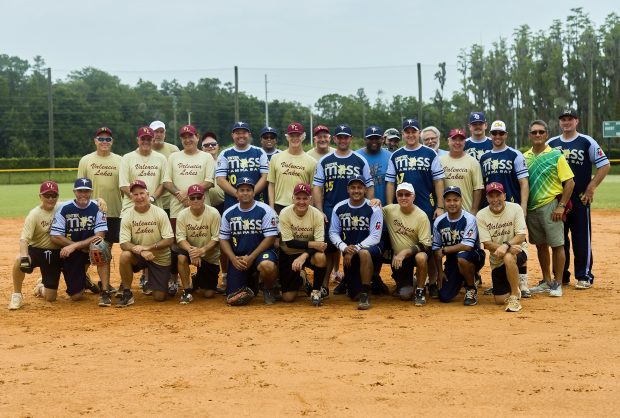 The day started at 10 a.m. with a round of batting practice where the Center Mass team showed its prowess by hitting some massive HR’s, including a few that cleared the 30-foot-high netting at Celebration Field. That show of power would be a harbinger of things to come. After BP, the players from each team were introduced and took their places along the respective baselines with the Valencia Lakes singers taking the stage to sing the national anthem. Then it was onto the game. The Center Mass team got off to a quick start, scoring five runs (the limit for an inning). They put up the five runs without recording an out, and they only went base to base on their hits. A couple of their batted balls found leather but just eluded VL Laker gloves. Then it was the Lakers turn to step up to the plate. It appears that the team from the sheriff’s community doesn’t have many gaps in the field, either, retiring the VL Lakers hitters in order for the first inning. The game continued for five more innings, with the sheriffs up 21-1. The VL Lakers got on the board in the bottom of the fifth inning, and the crowd went wild. The sheriffs’ team blasted four HRs in the first segment and had the side retired in just the last inning, where they only scored one run. 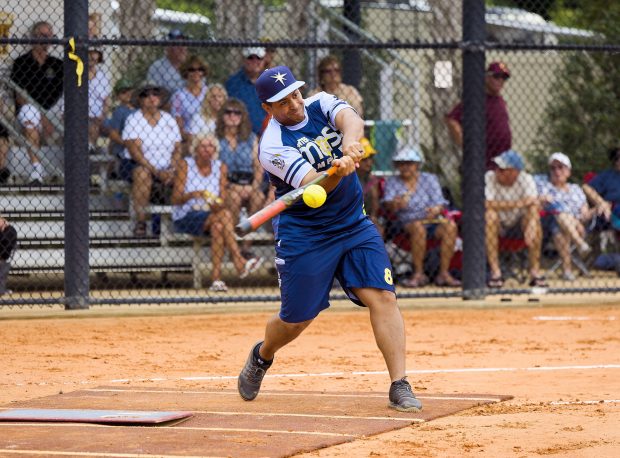 Offering a little context on the makeup of the teams, the Center Mass (Police) group was a collaboration of very talented and very active members of the policing community who work in a role that requires them to be the most physically fit in order to be able to answer the call. The police team also plays in very competitive tournaments and takes pride in being able to drive the ball. The VL Lakers, coached by Brad Marks, was made up of many physically fit seniors who still take pride in their play but are on a different level from Center Mass, whose roles are very physically demanding. 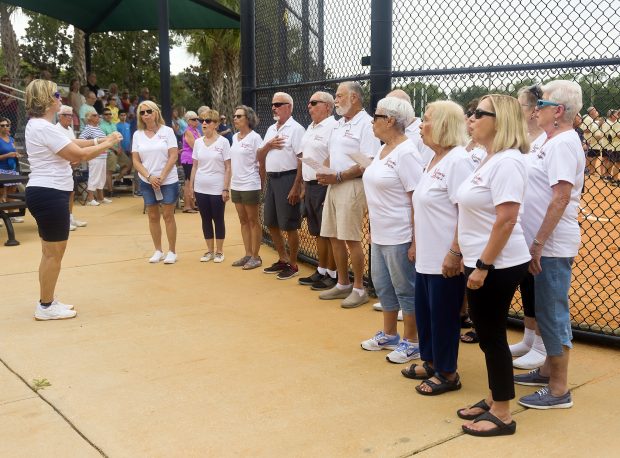 The VL community showed up in big numbers to support their locals and to contribute donations and their voices to both teams. The concession stand was also busy, running out of yummy hot dogs. Cupcakes (baked by a resident), as well as soft pretzels, were on the menu for the late morning game. And the game was narrated by public address extraordinaire Jon Burstein, who kept the attendees in the know on the players and the score. Between inning music was also a feature with Pat Massari acting in a DJ capacity. 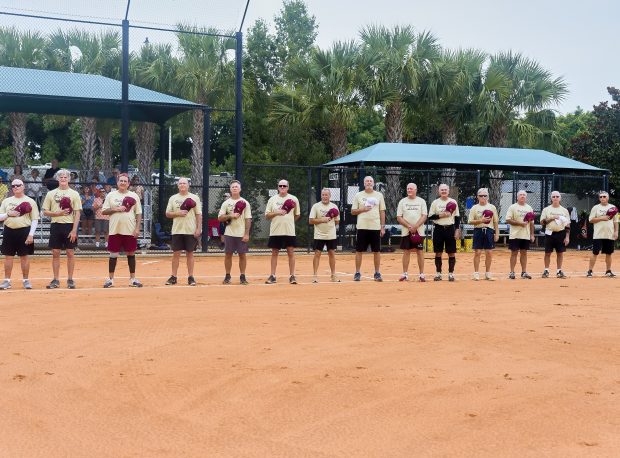 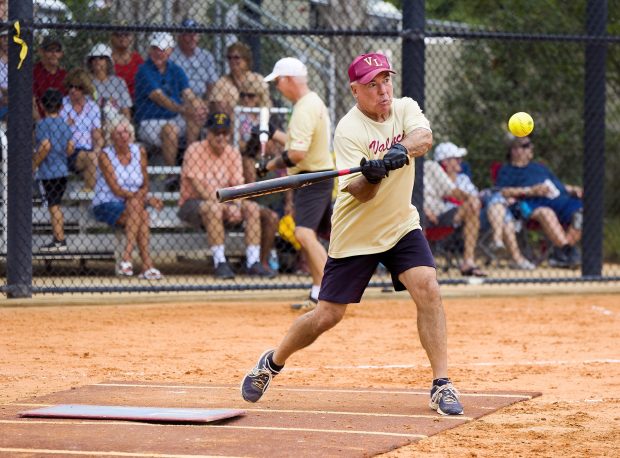 Back to the game, with the score slanted to the visitors, the decision was made to end play, reset the scoreboard, and start another four-inning segment to complete the originally planned nine innings. The second segment would be a revival for the VL Lakers, this time as the guest on the scoreboard, as it strung together a number of hits to put up a three-spot on Center Mass. Center Mass only plated two runs in its half of the inning and the VL Lakers had its first lead of the day! It would be short lived, and Center Mass would again hit its stride and score five runs in each of the next three innings. The second segment would end 14-6.
The day was a success for the community. It was a fun event for both the players from each side and the fans who made it out to cheer for the teams, donate to the cause and just enjoy the pageantry of the game. A shout-out to Pete Liotta, VL Softball club president, for arranging the game and making it a festive time.