Nick and Dolores Gagliardi met in a candy store on Staten Island, N.Y., more than seven decades ago. She was a soda jerk, and he was a customer.
Their first real encounter was on a double date set up by one of his buddies, but it was not with each other. Dolores said it gave her a chance to get to know him.
Not long after that, the two started dating each other.
“I used to rate girls by their kisses, and she was tops,” Nick said. “I really liked her company. It felt good to be with her.
“She was smart and had an attractive personality and appearance.”
Dolores described Nick as tall, dark and handsome. 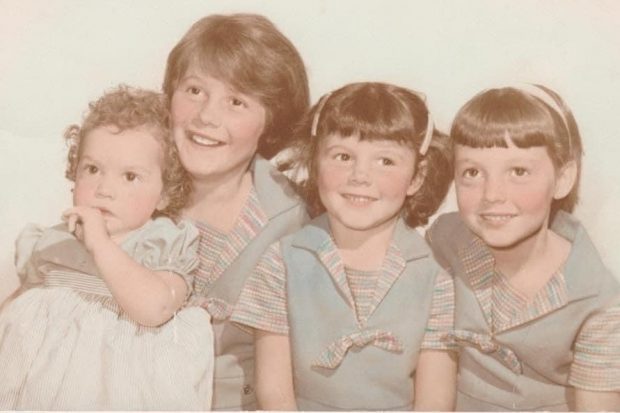 COURTESY PHOTO
This photo was taken in the early ‘60s of Nick and Dolores Gargliardi’s four daughters. From left are Sandy, Peggy, Lori and Debbie. The youngest and oldest are nine years apart.

“He was funny, was a good dancer and had a great intellect,” she said.
After Nick took Dolores to their senior prom, the couple dated on and off until he joined the Army in 1952. He was about to be shipped to Germany, and they decided to marry before he went.
Dolores became pregnant and stayed here in the states. Their first child, Peggy, was born in 1953. Over the next nine years, they added three more daughters to the family – Debbie, Lori and Sandy.
When Nick left the military in 1953, he attended college at night and began a career with IBM as a customer engineer. Dolores also started working there as a part-time keypunch operator.
The family relocated from Staten Island to Florida after Nick was transferred to Boca Raton in the late 1970s. Nick and Dolores retired in early 1987 and moved to Apollo Beach. 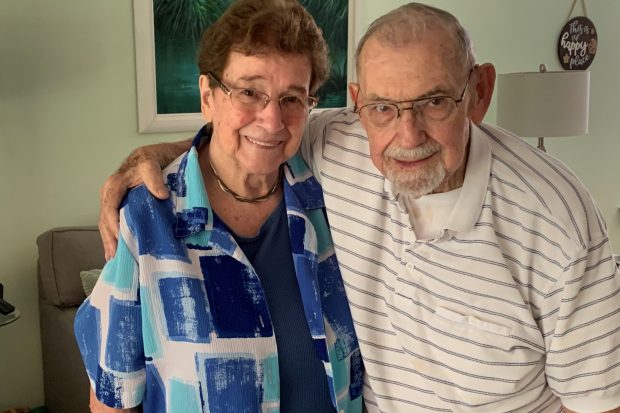 In 2013, they followed Peggy to Hutchison Island and lived there for five years but missed Apollo Beach and returned. They bought a home in the Del Webb Southshore Falls community, where they still live.
“When we first retired, we wanted to stay busy, so we did a lot of volunteer work,” Dolores said. “Anytime anyone needed help, we volunteered.”
The couple joined the Krewe of South Shore Marauders, VFW Post 6287 and the local chamber. Each of these organizations recognized the Gagliardis as longtime members and ambassadors who actively participated in events, activities and charitable efforts.
The VFW made Nick a permanent member in 1987. He also served as commodore of the old Apollo Beach Yacht Club.
“Nick and Dolores are a beautiful couple,” said Melanie Davis, executive director of the SouthShore Chamber of Commerce, noting the chamber honored them as its only lifetime members. “They’ve been active in this community for as long as I can remember and have always made it a point to include their family [members] in all they do.
“I’m always so happy to see them out and about,” Davis added. “You can’t help but smile when you see their faces. Nick and Dolores are treasured in this area, and I am thankful to be friends with them.”
Throughout their marriage, the Gagliardis cruised to ports of call in the United States, Canada, Europe, Mexico, the Caribbean and many other destinations. 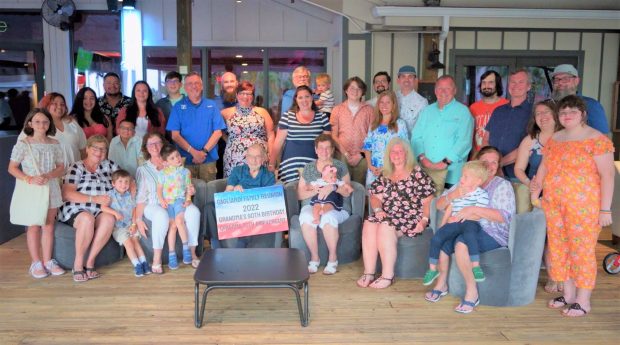 COURTESY PHOTO
All but five members of the Gagliardi family gathered at Club Med in May to celebrate Dolores and Nick’s upcoming 70th wedding anniversary and her 90th birthday.

They especially enjoy gatherings with their family. For example, the couple invited their entire family, which now includes 38 members, to Club Med Sandpiper Bay in Port St. Lucie.
“We’re believe in spending money on our four daughters now,” Nick said. “We enjoy watching them, while we spend their inheritance. “They take very good care of us, visit regularly and basically do anything we need.
“They don’t realize we can do most things ourselves,” he said, smiling, “but we let them [help us] anyway.”
On June 14, the Gagliardis celebrated their 70th wedding anniversary and feel they’ll both live to be 100. If they do, that will add another decade to their marriage. 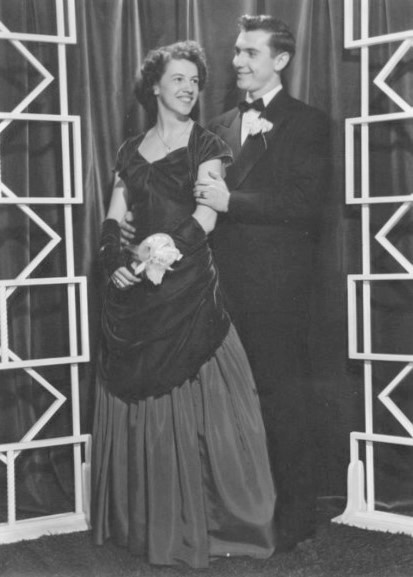 COURTESY PHOTO
Nick Gagliardi and Dolores Caddell were still in high school when this photo was taken at their senior prom. The couple dated on and off before marrying each other in 1952.

So what’s the secret to this 70-year love affair?
“It think it’s love and having a good sense of humor,” Dolores said.
For Nick, it’s being able to settle differences.
“We can get mad at each other and quit talking, but we always eventually work it out,” he said.
Their daughter Debbie Van Wagner, an Atlanta-area resident, feels its their lifetime commitment to supporting one another.
“Their relationship is very balanced,” she said. “Neither of them is more important than the other. They’ve always worked together to achieve whatever goals they set.
“When we were kids, my mom wanted to work and had her own goals, which was very unusual [for a woman] back then,” she continued. “But both of them were willing to work as a team [to] make that happen.”

Candidates and voters qualify and ready for Primary...