Dorothy D. Platt, 90, of Riverview, Fla., passed away on May 25, 2022. A native of Blakely, Ga., she had resided in the Tampa Bay area for most of her life, working at Ruskin Vegetable Corp for 40 years.
She is survived by her sons, Dan Platt (Kristal) and Dennis Platt (Kim); daughter, Diane Lipe (Bill); brothers, Brun Davis and John Davis; sister, Linda Adams; her six grandchildren; and seven great-grandchildren. A visitation was held on Wednesday, June 1, 2022, from 5 to 7 p.m. at Southern Funeral Care. SouthernFuneralCare.com/. 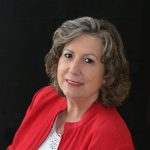 Mrs. Sonja Council suddenly left this life of 74 years for her place in Heaven on May 26, 2022. Born March 19, 1948, in Lake City, Fla., she is preceded in death by her husband of 46 years, Michael “Mike” D. Council Sr., and mother and father, Hilda and John Wilson.
Sonja was a devoted wife, mother, grandmother, sister and friend. She is survived by her son, Michael Jr.; daughter-n-law Robin; and three granddaughters, Makenzie, Madelynn and Macey Council. She is also survived by her youngest son, Jason Emmett Council. Sonja leaves two brothers, Karl (Doris) Wilson and Keith (Maxine) Wilson; sister, Glenda Kaye Oliverio; sister-n-laws, Gail and John Paulk and Betty Jo Council, as well as numerous nieces and nephews.
Sonja was married for 46 years to Michael “Mike” D. Council Sr. and gave birth to two children, Michael D. Council Jr. and Jason E. Council. She was a graduate of Mulberry High School and the University of South Florida with a bachelor’s degree in education. Sonja taught elementary school for a number of years, and once she began having children, transitioned to homemaker. Sonja was instrumental in founding M.D. Council and Sons, of which she held the officer’s position of secretary and managed all administrative and bookkeeping activities. One of Sonja’s passions was the Ruskin Woman’s Club, where she was an active member for 42 years. She was currently serving as trustee and had been chair of the Hostess Committee, chair of the annual Christmas Tea for multiple years and co-chair of the annual Sweetheart Tea event, as well as past club president.
Sonja loved to cook and bake for her family and friends. She spent time canning tomatoes and making jelly from numerous fresh fruits. She loved the company of her three granddaughters, helping her in the kitchen with holiday desserts and teaching them the best baking tips. She was a devout Christian and very passionate about spending time with family. Sonja will be remembered for her loving personality, kind soul, generosity, humor and, of course, her amazing southern cooking.
Arrangements by Sun City Funeral Home.

Captain Lloyd D. Lowell, 93, of Sun City Center, Fla., passed away May 17, 2022. He was born in Houlton, Maine, the son of Earl F. and Alice Arndt Lowell of Parker Head, Phippsburg, Maine. He graduated from Morse High School (Bath, Maine), and Maine Maritime Academy. Following service with the U.S. Navy during the Korean crisis, he married Lorraine Skolfield, and they moved to New Jersey. He was employed for 32 years by United States Lines, Inc., achieving the rank of captain. Upon retirement, they became snowbirds, spending their summers in Parker Head, Maine, and winters in Sun City Center, Fla.
Lloyd was a member of the Masons, Shrine and the Scottish Rite. For many years, he volunteered at the Maine Maritime Museum in Bath, ME. Additionally, he was past president of Cliff Club, the Parker Head one-room schoolhouse where his mother had taught.
He was predeceased by his son, Mark R. Lowell, and daughter-in-law, Linda Shea Lowell. He is survived by his wife Lorraine; daughter, Eini Lowell (James Ammeson); sons, David and Brian Lowell; and three grandchildren.
At the request of the deceased, there will be no services. In lieu of flowers, donations may be made to Cliff Club, c/o Joan Chrane, treasurer, 616 Parker Head Road, Phippsburg, ME 04562. A celebration of life will be held later this year.

Charles R. Kleiber, 87, of Sun City Center, Fla., passed away May 31, 2022.
He served in the US Army and retired from Proctor and Gamble after 30 years of service in sales.
He was a golf ranger at Cypress Creek Golf Club when first coming to Florida and later at Caloosa Greens Execute Golf Course and the Sandpiper.

Success can be found at any age

She came as an intern and ended up executive chef