Sumner girls soccer saw immediate success in its inaugural season, reaching the 5A state tournament and losing in the regional quarterfinal to Lake Wales HS, a team that went all the way to the semifinals. Sumner followed up in its second season by reaching the state tournament again, losing in the first round to Wiregrass Ranch. It was no small feat for the team to reach the state brackets in each of its first two seasons, and a big part of that success is Katie Rocha.
Katie played in her first season as a junior in a brand-new high school. She became a teammate whom others looked to for leadership and was a very dynamic talent on the field. The ball would find Katie, and when she had control, especially around the goal, there was a good chance it was going to end up in the back of the net. She led the team in that first season in both shots (11) and goals (at 1.5 per game). Katie finished the first season as the team leader with 20 goals. Her efforts helped the team to finish at .500 (7-7 with two ties) in a season where a group of girls who hadn’t played together jelled to put together a fun, exciting and successful season. 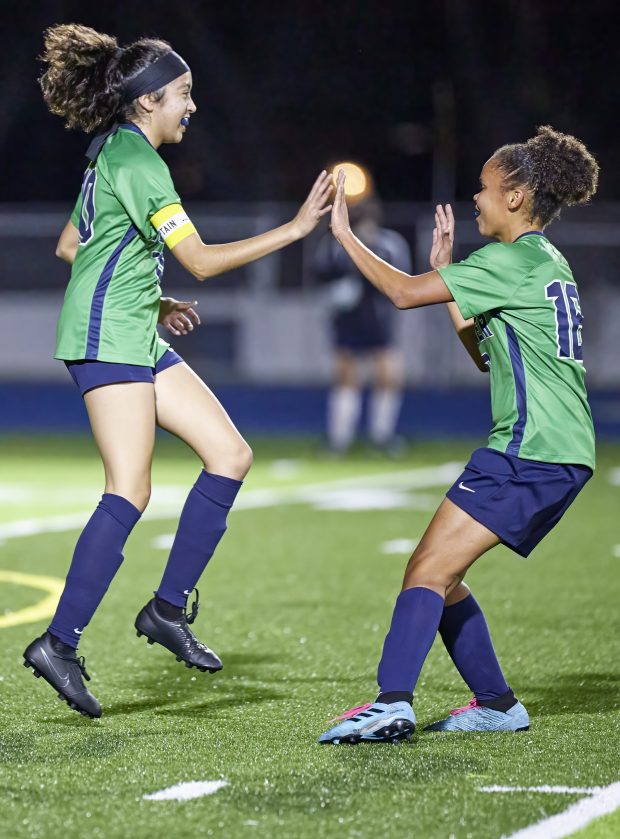 Katie followed up that very successful first season to again lead the team in shots (12), assists (1.5 per game), goals (19) and points (54). Those numbers propelled the team to a 10-6 record, a solid improvement in only the team’s second season. Sumner blasted into the playoffs with three consecutive 8-0 wins, shutting out Lennard, Blake and Armwood, to gain momentum heading into the district playoffs. Katie scored twice and added four assists for an eight-point game vs. Lennard and followed that up with a nine-point game against Blake with three goals and three assists. Sumner defeated Manatee 3-2 to open the district playoffs, lost the next match to Bloomingdale but gained an invite to the state playoffs where the team fell to Wiregrass Ranch.
Katie’s dynamic play has her as a commit to play college soccer at Georgia College and State University, a Division II NCAA program. Katie will take fond memories of being one of the players who was a part of a successful program, under head coach Tony Pirotta, and will bring her exciting play to her new school. Katie will be pursuing a Sports Therapy degree while attending GCSU. Good luck, Katie! 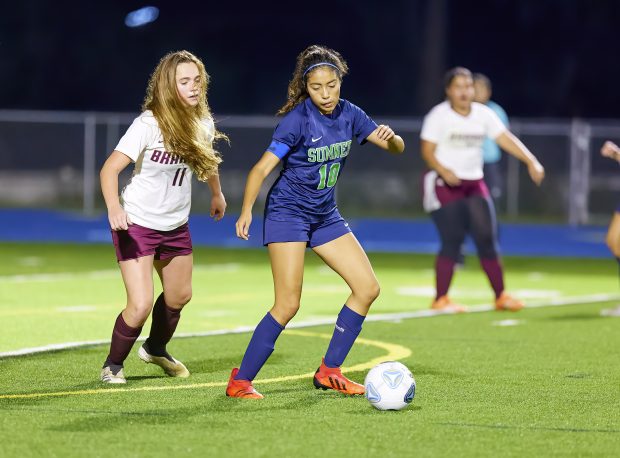