All five South Shore high schools participated in the 2022 Spring Football Jamboree last Thursday. The jamborees are an annual affair in football-crazy Florida. Actually, each jamboree lasts for only two quarters or a half of a game, for each team. Four teams play in each Spring Jamboree. And the stats, including the win or the loss, are not official. But be sure that the various coaches, players and spectators are keeping track of the “score” and how each player performs. To make an analogy, the jamboree is similar to a dress rehearsal for the upcoming official season, which begins in August. The jamboree provides the coaches and the players the opportunity to see what the team needs to work on to have a successful next season, which is right around the corner. 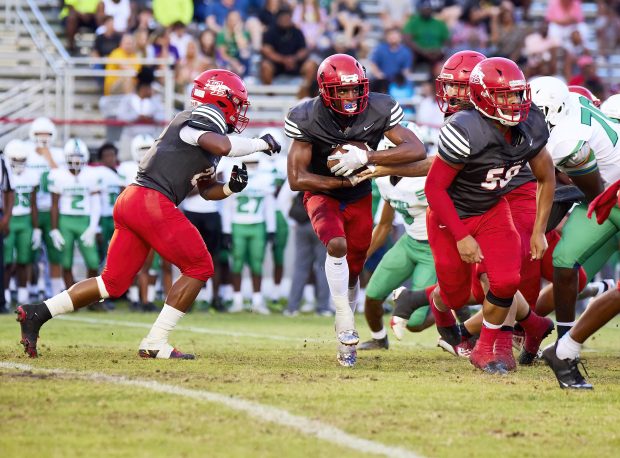 The South Shore squad with the most potential and the highest expectations is the East Bay Indians of Coach Gottman. An 8-3 team last season, the Indians are loaded, at least on offense, for the 2022 campaign. The Indians return 10 starters on offense but only four on defense.

The Indians piled up plenty of points in last week’s jamboree. Behind an experienced, first-rate quarterback and some stellar receivers, East Bay put 34 on the scoreboard in two quarters. But the defense yielded 29 points to Sumner.
“I was pleased with our offense, but we need to do better to improve our defense,” was the obvious remark of veteran Coach Gottman, adding, “That’s what the Jamboree is for.” 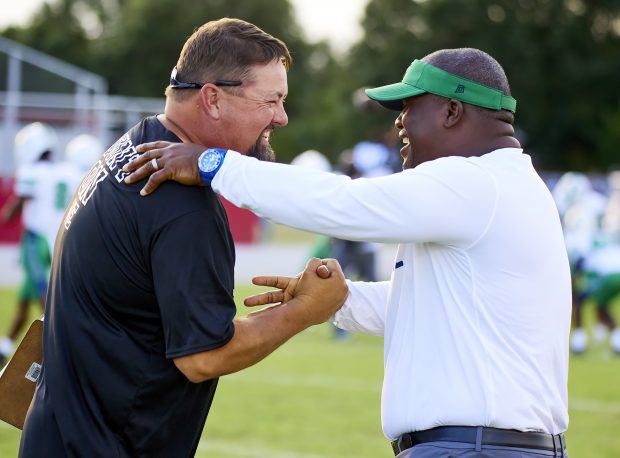 The Spoto High Spartans are struggling to get out of a football rut. Head Coach Keith Chattin is in place in an effort to return the Spartans to a respectable record. Last season that record was 2-8. The Spartans showed some improvement in a 26-0 pasting of Brandon High in this spring’s jamboree in the Eagles’ backyard. The only problem is that Brandon is a pretty weak contender, having lost 46-0 in regular 2021 season play to Spoto. The Eagles were 0-10 last season, but at least Spoto showed some spark. Coach Chattin knows what he and the team need to work on to prepare for the Aug. 26 opener at Robinson High. 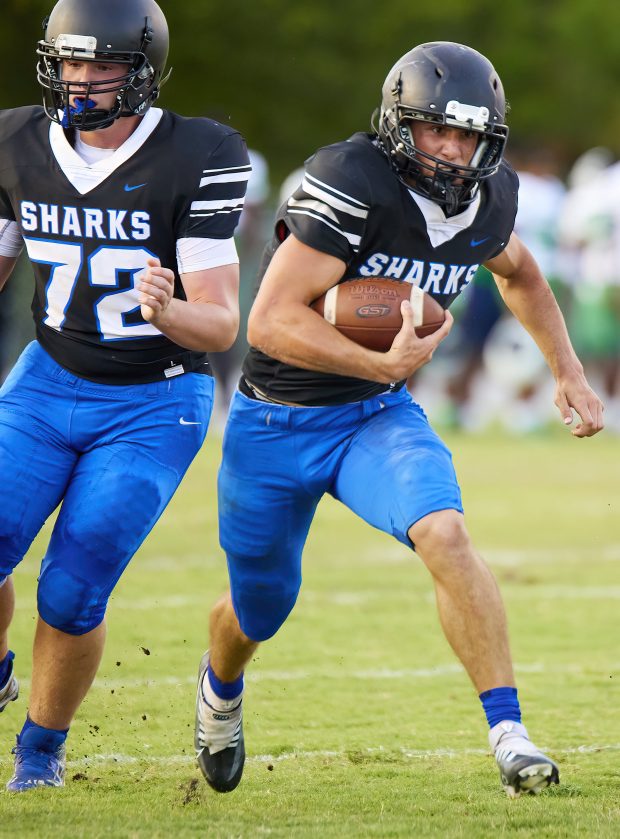 Another South Shore squad with a new head coach is the Riverview Sharks who had a dismal season last year. New at the helm for the Sharks is Coach Tony Martinez. Riverview played with a new system and a new enthusiasm against Lennard in the jamboree last week in East Bay. The final score for the two quarters was positive for Riverview and negative for the Longhorns. Lennard could not stop Riverview’s new offense which registered 20 points to only six for the Longhorns of veteran Coach Matt Kitchie, who must replace a graduating, top notch, multi-year starter at quarterback.
Coach Kitchie observed, “We have to replace not only last year’s QB but the entire starting offensive line.
“We only had four offensive possessions against an improved Riverview,” said the coach.“We saw some good things. We have Aaron Turner as one of the competitors for QB, a transfer from Seffner Christian.”
Both Riverview and Lennard finished 2-8 last season. Riverview opens next season at home with Freedom High on Sept. 2. Lennard opens with Braden River away Aug. 19, and its first home game is Aug. 26 versus Hillsborough High. 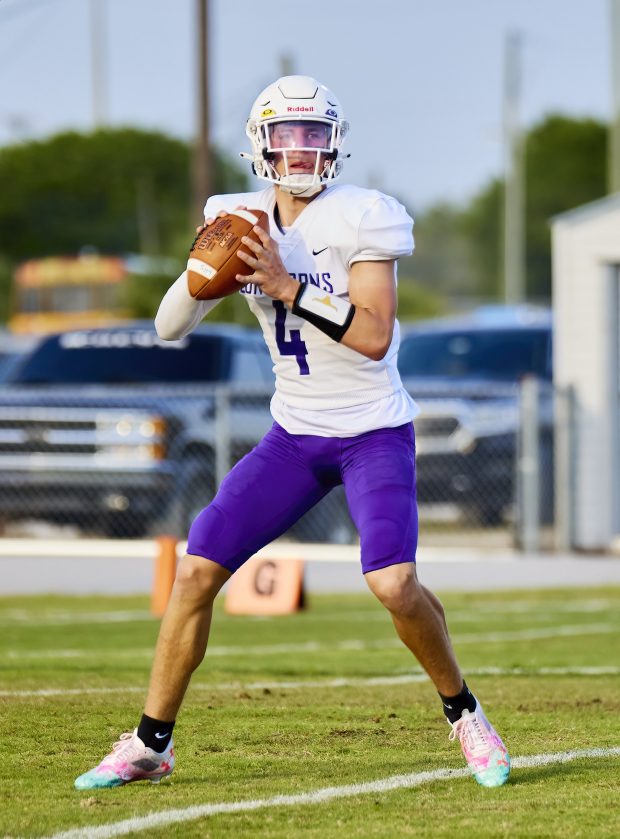 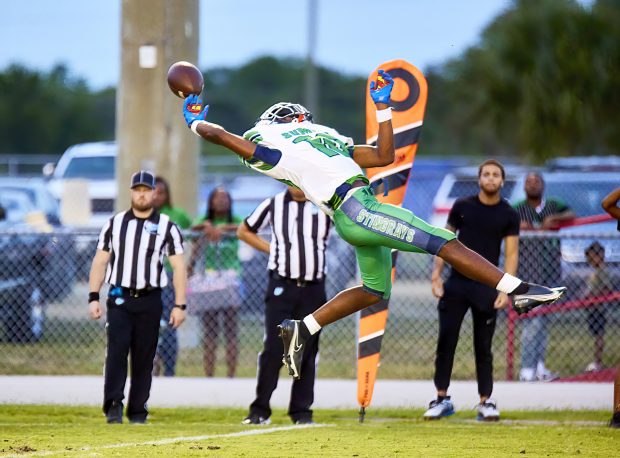 Sumner WR Najee Dade stretches out in an attempt to make a catch on a ball that falls off his fingertips.