Future is bright for Sumner Baseball and Softball Programs

Sumner saw its four game winning streak come to an end with a 4-1 loss in the first round of the playoffs vs. Seminole.
The Stingrays went on an impressive run to reach the 6A FHSAA Regional Quarterfinals by defeating Southeast, Brandon and Braden River, winning the last two games on the road against the top two seeds in the 5A District 7 tournament. Sumner entered the regional tournament as a No. 4 seed, drew the fifth seeded Seminole Warhawks and hosted the game. Sumner and Seminole played three scoreless innings before the Warhawks managed a four-run bottom of the fourth. All of the Warhawk offense in the fourth was generated with two outs. Stingray starter Jayden Brown issued a walk to allow the inning to continue. The next Warhawk hitter drove a ball to the fence, resulting in a run scoring double to get Seminole on the board. Jayden walked the next hitter to put runners on first and second. The defense stumbled, and a couple of playable fly balls allowed the final two Warhawk runs to cross the plate. The Stingrays challenged with the bases loaded in their half of the fourth, but a key strikeout ended the threat. Sumner finally got on the scoreboard in the sixth but that was its only run on the night; Seminole celebrated and moved on to get routed by top bracket seed Jesuit. Stingray starter Brown gave up only a single earned run out of the four that Seminole scored and was the tough-luck loser. Sumner senior Jason Rivera drove in the only run, going 1 for 1 at the plate. Stingray senior Gabe Manqual, who had an outstanding season with a .313 average and leading the team with 21 hits, was held to only one hit in four plate appearances. 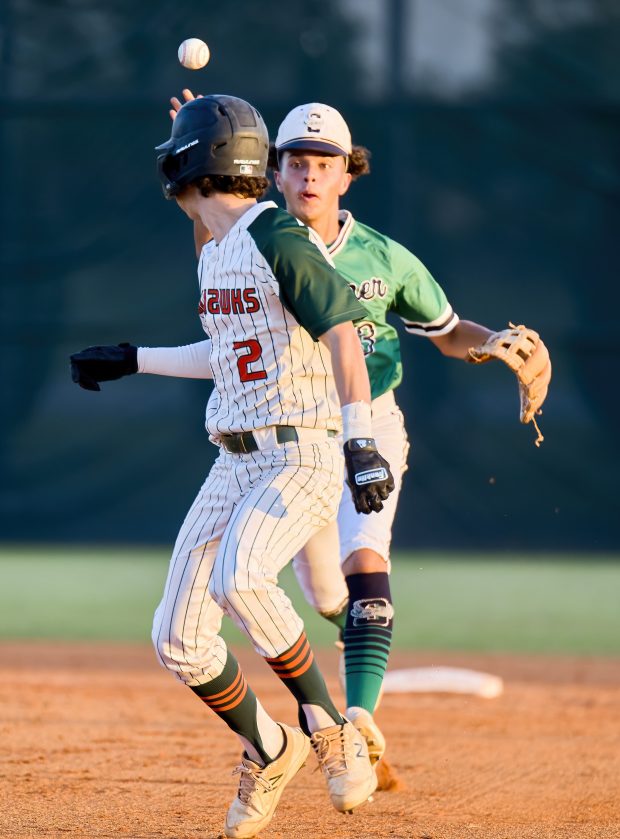 Francis Fedor Photo
Sumner junior Brenden Diaz chases a runner back toward first on a rundown.

Sumner, as documented in these pages, lost a number of close games this season and showed resiliency in its playoff run. Earning the district championship in only its second season of play is another step in the evolution of Stingray baseball and may be the chapter that the team looks back on in the future as the cornerstone for its future successes. Coach Kennedy Duran is building a program that will serve the team and the school well as it continues to mature as a program.
Stingray softball is also another strong Sumner athletic program. The girls won district in their inaugural season and were the sixth seed in their regional quaterfinal bracket, facing off against the No. 3 seed Northeast Vikings. The Stingrays lost a 3-2 heart-breaker to the Vikings after managing a couple of seventh inning runs to tie the score, only to see the Vikings push across the deciding run in the bottom of the seventh. Stingray juniors Megan deVilliers and Alyssa Vallad each had 2 for 3 games at the plate. Alyssa relieved freshman Kendyl Dunne and struck out six but allowed the game winning run to score, which went into the scorebook as unearned. Northeast moves on to face the second seeded East Bay team. As with many of the Sumner programs, the future is bright for softball under head coach Autum Hernandez, who inspires her players to be the best they can be every time they hit the field. 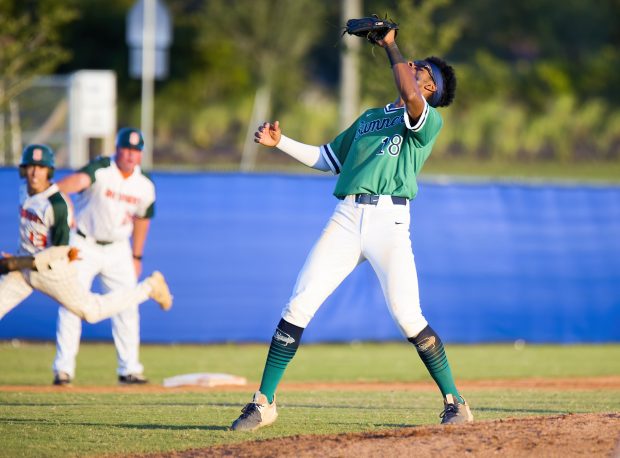 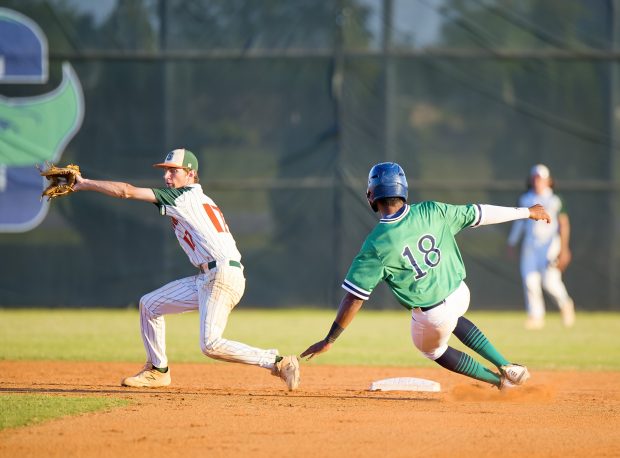 Stingray junior Manny Ramos goes into his slide on a stolen base attempt. 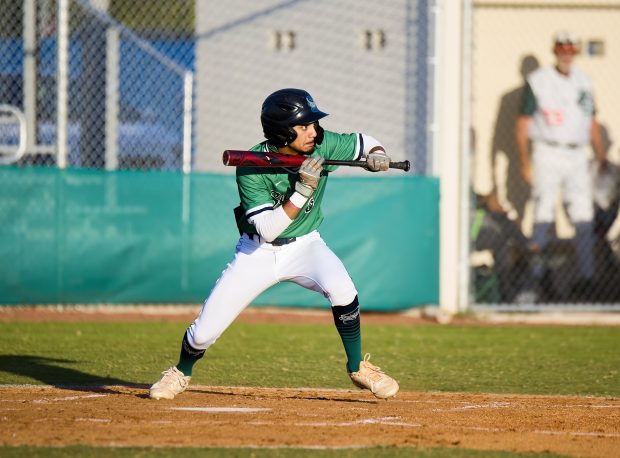