Moves on in the playoffs

Sumner Stingray baseball won three games to move on to the next round of the playoffs, entering the bracket as a No. 4 seed, starting out the week by defeating Southeast 10-0, traveling up to Brandon to win 8-1 and traveling south to Bradenton to defeat Braden River 6-4 in extra innings. Sumner will have played a playoff game vs. Seminole, the No. 5 seed, by the time you pick up this paper. Should Sumner advance, it will play the winner of Jesuit (No.1 Seed) vs. Hillsborough (No. 8 Seed) on Thursday, May 12, site TBD. 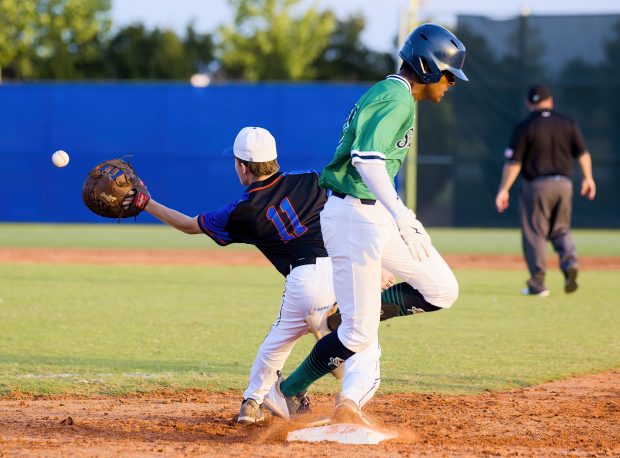 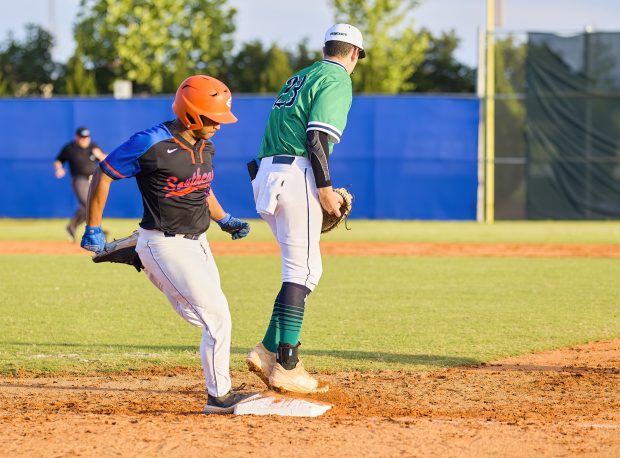 The Stingrays used the momentum of a dramatic extra inning win vs. Armwood and the lessons learned from playing a number of tight games to enter the playoffs as a No. 3 seed. Sumner hosted Southeast and took advantage of a home playoff game to get off to a fast start, scoring all 10 runs in the first three innings, seven of those runs in a breakthrough third inning. The game ended on a 10-run rule after five innings. Stingray starter Isaiah Welch, a freshman, tossed a stellar complete game, giving up only one hit and striking out 10 of the 17 Southeast hitters he faced. The big seven-run third inning was aided by a key double and a number of Southeast errors. The Stingrays offense was led by big games from Dereck Burgos and Isaac Martinez. Dereck went 2 for 3 with a double and triple, driving in three runs while scoring two. Isaac also went 2 for 3 and drove in a run. It was a big confidence builder for Sumner as it prepared to be on the road for the next two games. 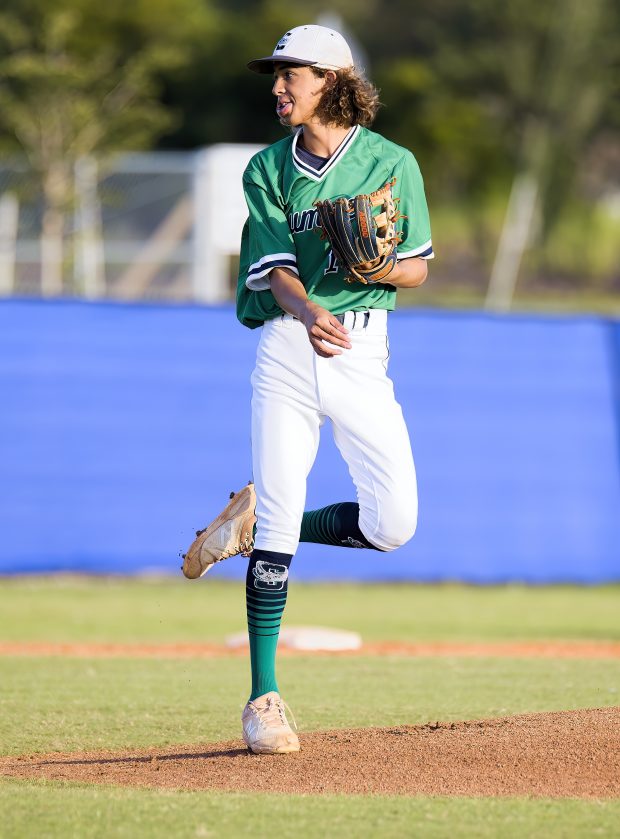 Next up for Sumner was a trip north to face an awaiting Brandon, who had had the benefit of a No. 2-seed bye in the first round of the bracket. The Eagles got on the board first with a two-run first inning, but Sumner came right back with a big three-run third inning to take the lead. Brandon tacked on a run in the third to knot the game at three. Stingray hurlers Jayden Brown and Noah Hancock held Brandon scoreless after the third inning, giving the Sumner offense a chance to win the game late, with adding the winning run in the sixth and two insurance runs in the seventh to advance to the championship game. Stingray regular season offensive star Gabe Manqual sparked the offense, going 3 for 4, driving in three runs with a bases-clearing triple. Stingray Jayden Brown struck out seven, and Noah added four K’s to shut down Brandon.
Sumner was rewarded with the chance to play the No 1-seed Braden River in Bradenton. The Stingrays could easily have reveled in their success in getting to the District 7 tournament, but Kennedy Duran and his staff focused the group on the task at hand. Stingray freshman Juan Ovalle was handed the task of starting the game on the mound and only gave up one run in two innings. Isaiah Welch got the win with two innings of scoreless baseball. The Stingray offense was led by Cole Montgomery’s going 3 for 4 with a double, an RBI and scored a run. Brenden Diaz added a 2 for 3 game and drove in a run. It was a great moment for Stingray baseball in only its second season. Coach Duran and his staff will get the team focused and ready to face the Seminole Warhawks. Check these pages for the results of that game, which will have been completed, and updated information should the Stingrays advance in the 5A playoffs. It continues to be an exciting time for Sumner HS sports. 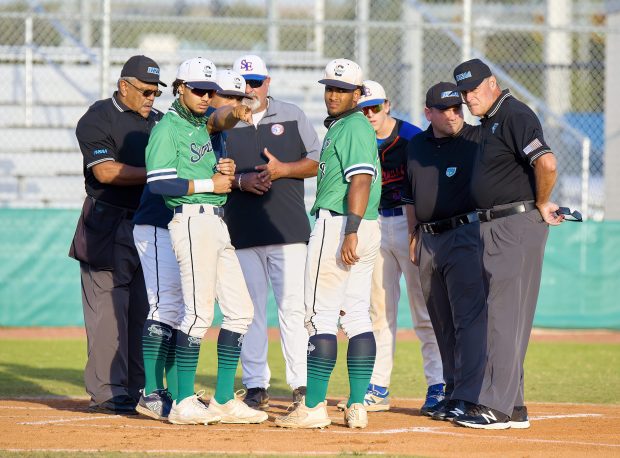 Francis Fedor Photo
Sumner and Southeast coaches and players confer with umpires about ground rules prior to playoff game.