East Bay and Sumner advance to softball regional May 12

Winners clash May 17 as other South Shore teams end season

Sumner High and East Bay High are the only two survivors from the South Shore Division softball playoffs week. Coach Autum Hernandez’ Sumner Lady Stingrays move on to face Northeast High May 12 at St. Petersburg at 7 p.m. East Bay, of Coach Glenn Rodriquez, is set to tangle with Braden River in the 5A-D12 Regional bracket at the same time at the Lady Indians’ campus on Big Bend Road. Winners of games this week advance in the regional to face each other May 17 in a semi-final match. Winners of those games vie for the Regional 5A-D12 championship on May 20. 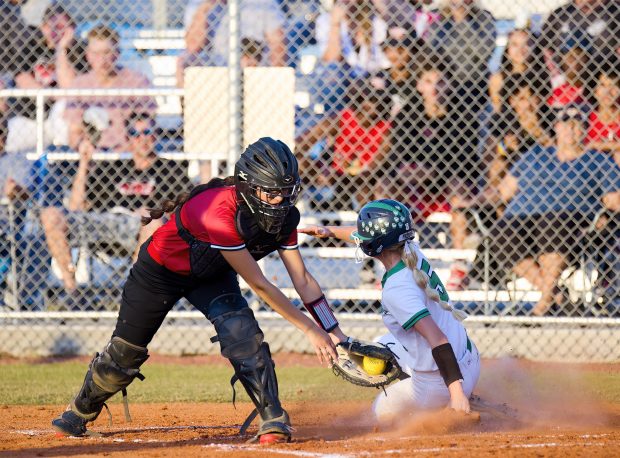 The other three South Shore softball squads have packed up their equipment, their motivation and their aspirations, at least until next season, as they fell in defeat in their last games of the division softball playoffs last week. The season concluded for Coach Samantha Ralyea at 14-4 Lennard, for Coach Paul Ullom at 10-8 Riverview and for Coach Lauren Badia at 8-12 Spoto. 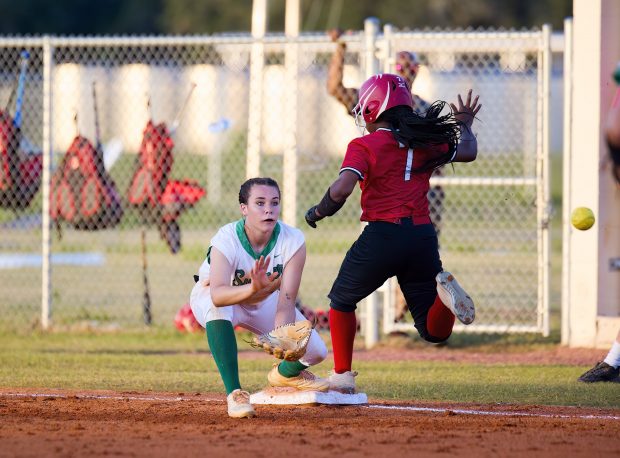 East Bay, behind the torrid pitching of sophomore Elana Roush and the awesome hitting of junior Ali DuPont, is looking like a world beater. Heading into this week’s Thursday round, hosting a regional re-match against 8-17 Braden River, the 14-12 Lady Indians are winners of three straight. East Bay beat Braden River last week in the division playoffs 4-1, behind the one hit pitching and 13 strikeouts of sensational soph hurler Roush and 3 for 3 hitting of DuPont. The same East Bay pair led the way for the Lady Indians’ gaining the Division 12 championship by beating Sumner 8-2. The Lady Indians received a complete game against Sumner, again from Roush, who also contributed a 1 for 3 night at the plate, along with an RBI. DuPont added 3 for 3 offensively. along with a run. 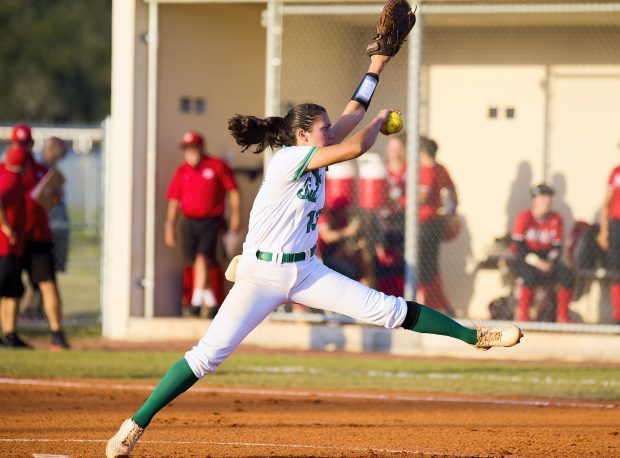 Francis Fedor Photo
Sumner pitcher Alyssa Vallad takes a warm-up pitch prior to an inning in a district championship game.

Sumner will be leaning on a pair of junior offensive stars to handle 12-9 Northeast on the road May 12. Catcher Savana Robnett tops the Sumner team with a .521 batting average, while Megan deVilliers has stroked nine homers and stolen nine bases. The Lady Stingrays demolished Spoto 11-2 early last week. Then Sumner, now 15-8, lost the division championship 8-2 to East Bay later in the week.
Both May 12 games are part of the 2022 Florida High School Athletic Association Softball State Championships 5A tournament.