The call is out to fill up to 11 seats on the Wimauma Community Activation Task Force, a group formed to help the Wimauma Community Development Corporation in its mission “to make Wimauma a better place to live, work and prosper, particularly by and for the low- and moderate-income individuals and businesses in the community.”
The Wimauma CDC board, under president Bryce Bowden, works with county officials to bring to life the Wimauma community plan, approved by Hillsborough County commissioners in October, and is also known as at the “Wimauma Village Neighborhood Plan. 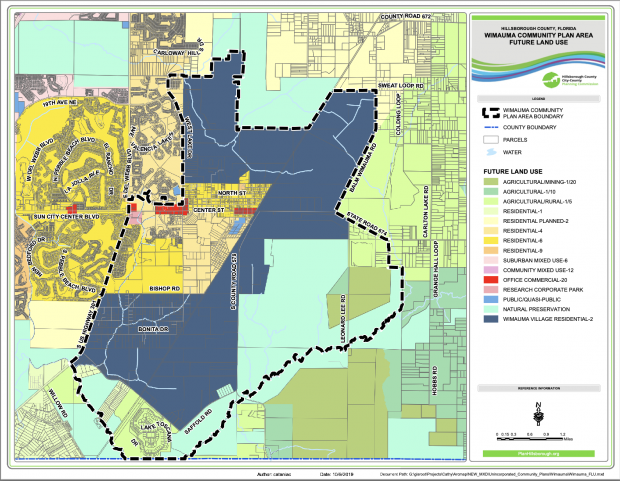 The board is set to kick off its annual meeting at 6:30 p.m. May 26 at the Wimauma Civic Center at 2705 Hillsborough St.
The timeline for completion of Wimauma’s community plan coincided with Holly Jamison’s move from Chicago to Wimauma, where life in Valencia Lakes was a welcome relief from the harsh winters of the Windy City.
As a town newcomer, Jamison helped to get out the vote in Wimauma for the 2018 elections. “We literally walked the precinct, 35 square miles, sometimes on gravel roads and roads that were barely there, and I really got to know the community a lot better,” Jamison said. “I knew this is where I wanted to be involved and where, ideally down the road, I could find a way to help do more for the citizens of Wimauma.”
Jamison, now a board member of the Wimauma CDC, said planning and revitalization work is focused on the three areas of Wimauma, including “original Wimauma,” an area that runs from West Lake Drive to the north to Bill Tucker Road to the south and includes Wimauma Elementary School at 5709 Hickman St.
“The second area involves lots of farms and growers and goes all the way to Fort Lonesome, Route 39 and Manatee County,” Jamison said. “The third area includes subdivisions developed since 2007-2008, including Vista Palms, Sereno, South Shore Bay, Lagoon and Valencia Lakes.”
The original Wimauma Village Plan, “created in 2007 along with several other community plans, was very ambitious,” Jamison said. “It was very lovely, but with the economic crash in 2008, there was no money for anything, let alone a fancy revitalization. At the time the community really didn’t feel that [it] had the power to fight for it, so it sat there. There was nothing done until 2019, when the community decided [it] wanted to update the plan.”
Leading the charge were the Wimauma CDC and Enterprising Latinas, along with other organizations. “Everybody, from a lawyer to a teacher to a landowner to a farmer to someone who has lived here for four generations, stepped up to get involved,” Jamison said.
Working closely with Hillsborough County commissioners and planning officials for two-and-a-half years, a unique thing happened, Jamison said, noting that unlike other Hillsborough community plans, the Wimauma plan called for a task force to help implement the various pieces of the document.
As a result, if a developer, for example, “comes in and wants to build 500 homes, [it]would have to review with the task force a list of eight community benefits, based on the plan’s nine goals, and decide which of them would be met,” Jamison said.
Overall, community plans are designed to give more detailed and individualized recommendations to Hillsborough County officials, going beyond development regulations that are general in nature. The aim is to reflect the unique identity, growth issues and concerns related to land uses for the diverse communities of unincorporated Hillsborough County, from rural farmland to suburban neighborhoods.
Twenty-two county plans are in view online at www.HCFLGov.net, including for Apollo Beach, Balm, Gibsonton, Little Manatee South, Riverview, Ruskin, SouthShore Areawide Systems and the Greater Sun City Area.
With its focus on “health, equity, resilience and sustainability,” the Wimauma plan celebrates “Wimauma’s agricultural heritage, rural natural resources, local businesses, cultural legacy and small-town character,” according to county officials. The plan consists of nine goals aimed to “enhance community character, promote the development of a town center, promote economic development, establish design standards, protect and enhance the environment, enhance the safety of the community, improve the transportation system and develop trail and sidewalk connectivity.”
During the recent development of Wimauma’s plan, Hillsborough County commissioners passed a moratorium on new permits until plan details were finalized. The moratorium, after a one-year extension, ended in December.
“It ended because the Wimauma plan had been approved, and the changes in building code and zoning that we wanted to go into effect are now the law, and every builder has to comply with those changes,” Jamison said.
Meanwhile, high-growth is rampant, as evidenced by the three public schools planned for the south side of Lake Wimauma off West Lake Drive, where school officials purchased roughly 100 acres. Plans are to build a high school for a 2025 opening, with middle and elementary schools to follow.
In this context, the Wimauma Community Plan Activation Task Force is taking shape under the oversight of the Wimauma CDC and its aims to “champion quality workforce housing, community infrastructure and opportunities for youth to succeed.” 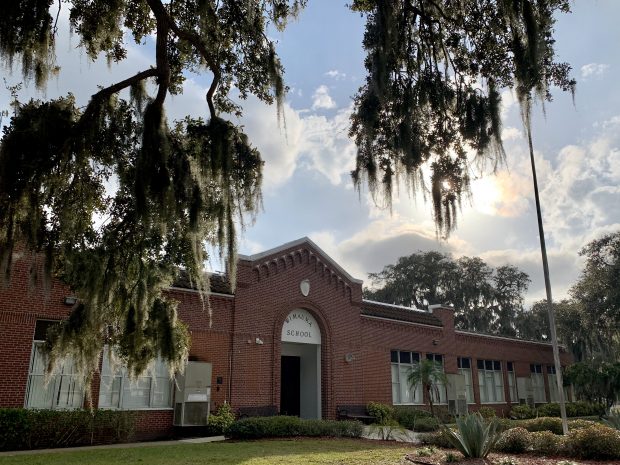 Founded in 1967 as the Wimauma Citizens Improvement League, the Wimauma CDC collaborates with government officials and local interests, including RCMA Christian Ministries, Beth-El Mission, Enterprising Latinas, Hispanic Services Council and others.
“Many of the organizations involved came together to work when COVID started, and we created an organization called Wimauma Together to provide services to our residents,” Jamison said. “As COVID slowed down, we still felt a need for an organization with all the organizations involved.”
Recently named as executive director of Wimauma Together is Allison Pinto, from the University of South Florida, who has a Ph.D. in child psychology. Meanwhile, Gil Martinez, a seasoned community planner, has been hired at Wimauma CDC to work with county officials and Wimauma residents, nonprofits and businesses to further the community plan.
As for what lies ahead, Jamison uses a word that has been bandied about among the folks involved with bringing both the scope and intent of the Wimauma plan to life.
“When we sat down recently with county officials, there were 17 people from different Hillsborough County departments talking about this plan and how to start implementing it,” Jamison said. “To an individual, they were excited. It almost felt like they took ownership of the plan and that they want to make it a model. One of the people literally called what we’re trying to do ‘magical,’ and I really, really think this will help us move forward with our plans for Wimauma.”
For more, visit www.wimaumacdc.org/.