The Lennard High baseball team must win both games in this week’s District 7 “second season” playoffs to stay alive and to make the regionals next week. Playing in the same district playoff this week, East Bay High faces the identical challenge: champ winner makes the regionals and losers go home. 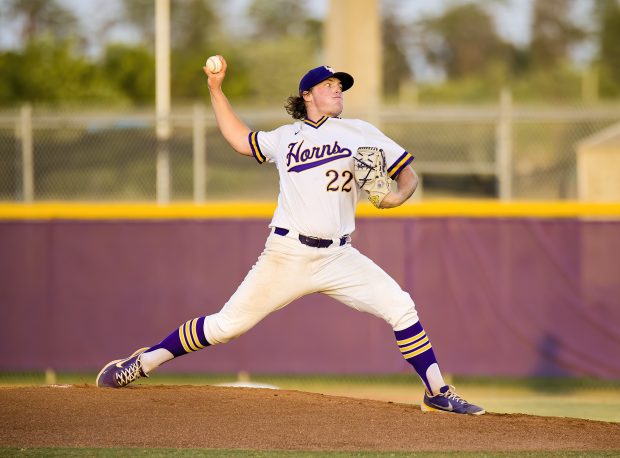 Lennard, under Coach Victor Martinez, compiled its best diamond season in years last week. The Longhorns concluded their regular 17-4 season by trouncing Armwood 9-0. Following that, the Horns, seeded #2 in the District 7 bracket, hosted Bloomingdale, with a 15-9 record, or Tampa Bay Tech on May 3. The winner of that Tuesday game plays for the district championship May 5.
East Bay, coached by Cody Crouse to a 9-12 season record, started its district play May 2 versus 9-13 Armwood. The winner challenged top seed Strawberry Crest on May 3 for a spot in the May 5 district championship game against the winner of Lennard versus, most likely, Bloomingdale, which should have no problem with 3-17 TBT. 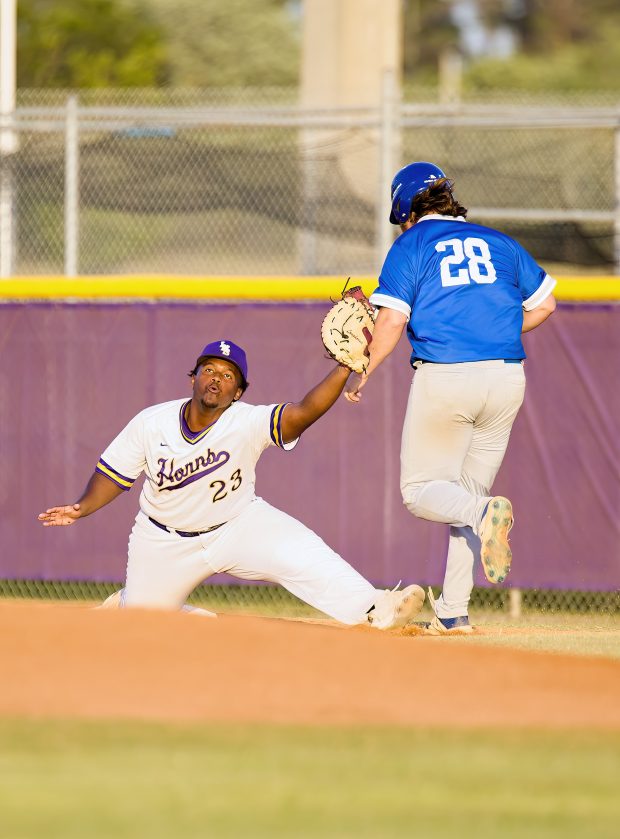 Francis Fedor Photo
Lennard senior Keith McClain stretches to seal the out at first in senior night action vs. Armwood.

While Lennard and East Bay grapple to represent the South Shore, the Riverview Sharks of Coach Jason Smith are severe underdogs in District 6 playoffs. The Sharks lost last week’s final game of the regular season to post a 7-15 worksheet. Riverview had the unenviable task May 2 of beating 9-15 Lakewood Ranch. To reach the division championship game, the Sharks would then have had to come back the next day to top the powerhouse Newsome Wolves, which was not very likely.
The two other members of the unofficial South Shore high school sports contingent are Spoto and Sumner. The Spartans and the Stingrays both play in the same Division 7 bracket.
Coach Stephan Knight’s Spartans struggled to a 3-16 regular season. Spoto opened division playoffs against King on May 2. The winner faced Braden River May 3. Spoto has one very good pitcher in soph Cullen Cairns. The Spartans look to Cairns, Chase Wink, Rory Beauford, Peyton Nisy and Chris Baez for offense. However, Spoto will find it difficult to advance.
Sumner, meanwhile, coached by Kennedy Duran, started play in the bottom of the same bracket. The 6-12 Stingrays were a strong favorite over dismal Southeast High on May 2. The winner of that game played Brandon May 3 for a crack at the division championship May 5 and a trip to the regionals early next week.
SOUTH SHORE SOFTBALL TEAMS EYE REGIONALS
The five South Shore softball hopefuls are looking to claim district playoff championships this week and advance to regionals, starting next week. 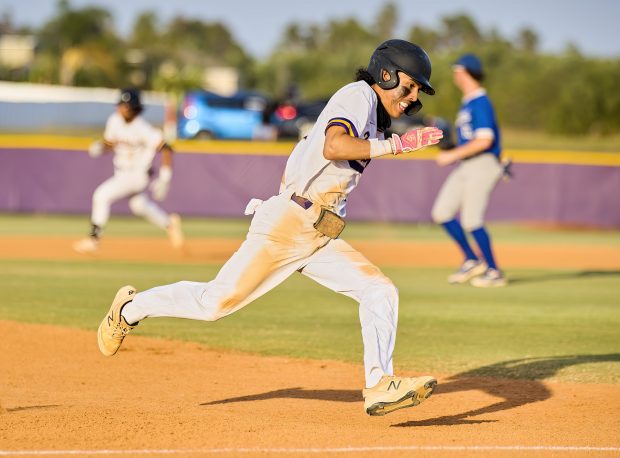 Francis Fedor Photo
Lennard senior dashes toward third on his way around to home on senior night.

Coach Sam Ralyea has led her Lennard Lady Longhorns to a 14-3 record in the regular season. The Horns demolished both Armwood and Jefferson in double digit shutouts to conclude the regular season last week. On May 3, Lennard played 10-12 Palmetto to open its district action. Perhaps one of the most interesting games of the year follows in the May 5 district championship game. If they both win mid-week games, this will pit 17-5 Bloomingdale against Lennard at 7 p.m. in Valrico for the district championship and a trip to regionals. Lennard has more than its share of outstanding players, including the Rodriquez sisters, freshman Julie and junior Adriana. As a team the Horns are batting .433 and have hit 11 home runs.
Bloomingdale features one of the top softball pitchers in Florida in freshman Natalie Cable. Cable has an overall record of 12-4. She has shutout Lennard twice, once hurling a no hitter against the Horns. For the season, Cable has struck out 2.3 batters every inning. She is also hitting .492 with seven homers. 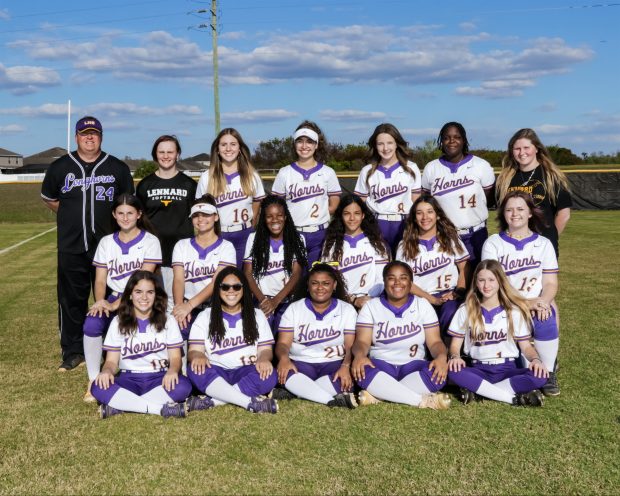 Spoto, East Bay and Sumner all are vying for the District 12 championship, which will be decided May 5.
Spoto, 7-11 in regular season, kicked off this exciting competition on May 2 against Southeast. The winner faced 14-7 Sumner on May 3. East Bay, 12-12 in regular season, played May 3 versus the winner of Braden River and Brandon. Then on May 5 the winners play to determine who goes on to regional next week.
Riverview, coached by Paul Ullom, is the other South Shore softball team. The Sharks completed a 9-7 regular season with eight straight victories. They were tested immediately on May 3 versus 16-9 Durant. The winner is set for the district championship May 5 against the winner of top seed Newsome versus #4 seed Plant City.