All five South Shore high school baseball squads end the regular 2022 season this Thursday, April 28. All five will be turning the page to the playoff season, not quite ready to put their uniforms in moth balls. The Florida “second season” starts next week with division tournaments on the agenda. Teams have yet to be seeded, and games are not scheduled as of yet. Although the seeding will favor the teams with the best regular season records, all teams, effective April 29, are 0-0 again and anything can happen. 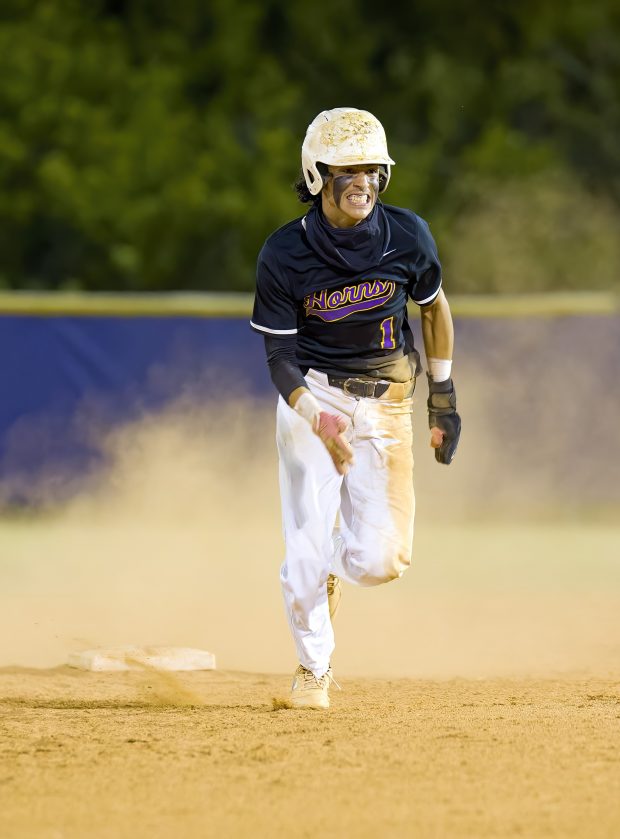 Lennard senior Sebastian Munoz leaves second base in a cloud of dust.

District tourney winners will advance to regional quarterfinals May 10. Regional semifinals are set for May 12 and 13. The state championship games for the various classes are scheduled to conclude at Hammond Stadium in Ft. Myers, May 18 through May 25.
On paper, Coach Victor Martinez’ 16-4 Lennard Longhorns look to be the best shot for making some noise in the division playoffs and, perhaps, beyond. The Horns dropped a nail biter 2-0 to Plant City early last week. Then Lennard’s offense heated up to stomp the Robinson Knights 9-2 and on Saturday banged out a 12-0 win over Middleton.
Lennard has two of the best starters among the South Shore teams pitchers in a pair of juniors, Jackson Mueller and Carter Payne; an excellent long reliever and spot starter in sophomore Zack Bird; and a top reliever in senior John Smith. Smith is also a Lennard leader with the bat, as are a number of other Longhorn swatters, including senior Sebastian Munoz, junior Alex Brazer, soph Matthew Counts, senior Keith McClain, junior Tyler Ewell, junior Logan Covey, soph Andrew Gingrich, frosh RJ Torres and junior Joseph Rivera, among others.
All the other teams in the South Shore are playing below .500 ball. The best of these is Coach Cody Crouse and his East Bay Indians, looking to end this week a tad better than its current 7-12 mark. The Indians tangle with 15-6 Freedom at the Bell Road diamond and wrap the season with 8-13 Gaither in Tampa on April 28. 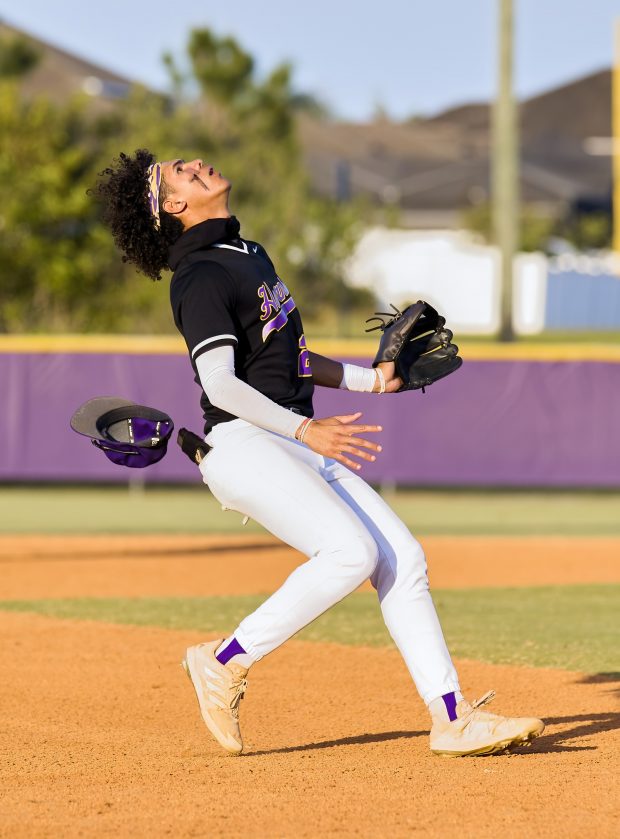 Last week, East Bay was swamped 10-1 by Newsome. On April 19, the Indians rallied for three runs in the bottom of the seventh to take a thrilling 10-9 victory over their neighborhood rival, the Riverview Sharks.
Riverview Coach Jason Smith’s Sharks scored three late runs last week to take a 4-2 scintillating win over the Armwood Hawks. Sophomore Kevin Hunter had a 1 for 3 night at the plate with an RBI. Senior Fisher Weeks was another hitting Shark who drove in two runs on a 1 for 2 plate performance. Hunter pitched well for six innings, and junior Zach Majewski threw one sharp relief inning. The Sharks have improved to 6-14 and are counting on support for star Adrian Rolon to beat either 4-16 King High April 25 or Freedom 15-6 in the season finale April 28 at Riverview.
Even the 3-14 Spoto Spartans have another life in the playoffs. Coach Stephan Knight received a big effort from star soph pitcher Cullen Cairns last week, despite Spoto’s falling 3-2 to Freedom, now carrying a 15-6 record. Junior Mikey Britton, junior Kenneth Glover and freshman Rory Beaufort provided some Spartan offense, but it was not quite enough to topple Freedom. Spoto had its last attempt winning on the Spartan diamond earlier this week versus 12-9 Robinson. The curtain comes down on its regular season at Middleton 6-11 later this week.
The 5-11 Sumner Stingrays of Coach Kennedy Duran are struggling to improve a disappointing 5-11 regular season record in the last week. Steinbrenner High brought an 8-15 worksheet to its home diamond for an early week game. Then the Stingrays wrap up their season at Sumner with 9-11 Armwood on April 28. (Sumner is featured weekly in the The Observer News print edition and the ObserverNews.net digital by Francis Fedor.)
GIRLS PLAYOFFS
NEXT WEEK ALSO
Five South Shore girls’ softball teams conclude regular season play this week. Second season comes into action next week with the beginning of district playoffs, once seedings and a schedule are set. Games are usually played at the lower seeds or the team with the best regular season record. Then the regional quarterfinals for softball is May 11 & 12. Semifinals will be May 17 with regional finals May 20. Regional 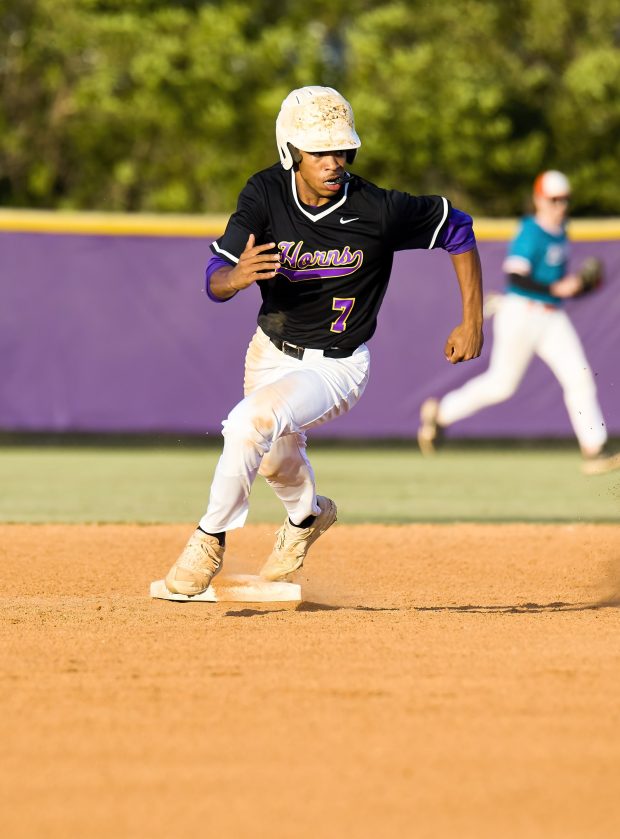 The Lennard Lady Longhorns sport the best South Shore record at 12-3. The Lady Horns completed their regular home season with an April 26 contest versus 5-9 Armwood. They end the regular season this Thursday on the road against 8-9 Jefferson High.
Sumner softball was at 13-6. The Lady Stingrays faced 18-4 Steinbrenner in Lutz on Monday. A final game is also on the road, against Spoto, on April 26.
Spoto is playing at a 7-10 clip after splitting games last week. The Lady Spartans hosted Sumner on Tuesday. On April 28, Spoto closes its regular campaign at 13-5 Gaither. East Bay Lady Indians have rolled up 11 wins and 11 losses. They visited tough 16-5 Bloomingdale April 26. Strawberry Crest brings an 11-4 mark to East Bay Thursday to end the season behind the strong hitting of EB’s Chandler Parker and good pitching of Elana Roush.
Riverview’s softball girls are on a winning roll. The Sharks have won five straight to push their mark to 6-7. Three games this week wrap up the regular season. A visit to 8-9 Jefferson was set for April 26. Then 7-9 Wharton was to play at Riverview at noon on April 27. The last game of the season is with 4-12 Middleton on April 28 at 7 p.m. 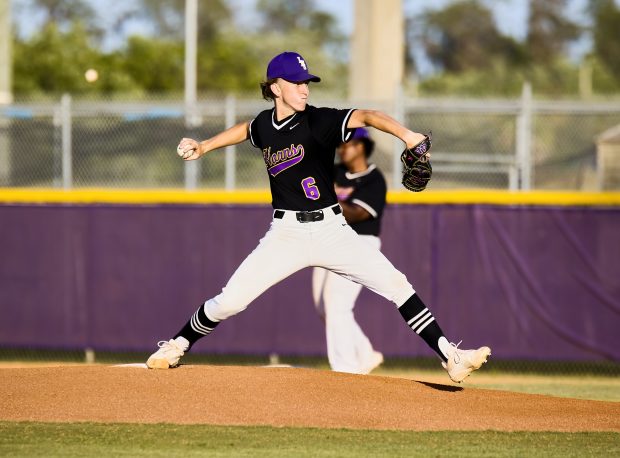