Ends week without a win

Sumner baseball continues its season in search of an identity. The squad started its season strong, winning three of its first four games, and the Stingrays looked to be on their way to a promising season. Two of those first four games were decisive wins, with the Stingrays having a 10-run advantage in the final outcome. The season was looking good for a Sumner squad in only its second year of existence, but the Stingrays went on a six-game losing streak and lost momentum. Sumner remained competitive in all but one of the losses, and a key hit or clutch defensive play could easily have changed those losses to wins. 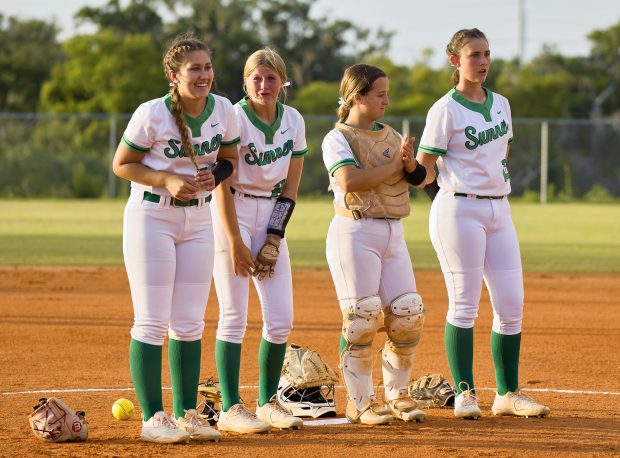 FrancisFeFrancis Fedor Photos
Senior night honoree Rachel Brown shares a moment with her teammates prior to the National Anthem.dorPhotography2021 All Rights Reserved

The season continued this past week with Bloomingdale traveling to Ruskin to play the Stingrays. The Bulls arrived at Sumner, holding second place in their district standings. It was a game Sumner would like to forget as the Bulls started the game with four consecutive HRs and ended the first inning up by 12 runs. The game was called complete after three innings as the Bulls run-ruled the home Sumner team 16-0. Four Stingray hurlers made appearances, and all but Luke Parson, a freshman, gave up runs. Sophomore Landon Wilder did not give up any earned runs but saw four Bull runs cross the plate during his segment of the game. It was simply one of those games where the home team found itself down big early and struggled to mentally stay focused. 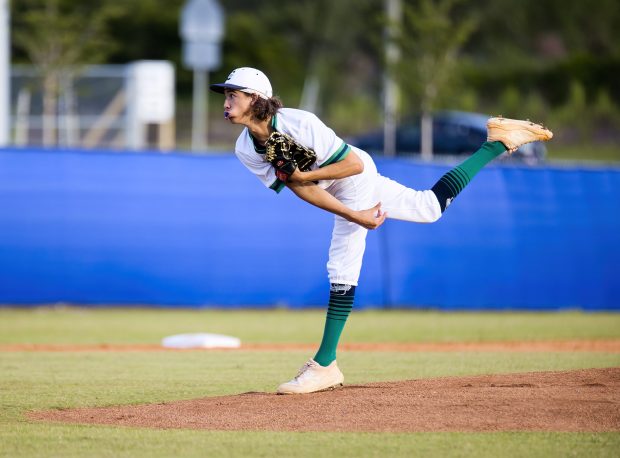 King HS was next up to visit Sumner on April 14 as the Stingrays looked to rebound from the Bloomingdale loss. Sumner got off to a quick start, plating eight runs in the first two innings and held King scoreless through the first three innings. Sumner took a 9-0 lead into the top of the fourth, but King scored six times to close the gap. Sumner got two runs back in its fourth and led 11-6, moving to the fifth inning. King staged a late comeback and scored 12 runs over the fifth and sixth innings to complete an 18-12 win. Landon Wilder was tagged for six earned runs against King. Luke Parson saw five runners cross the plate in his appearance, but none of the runs would be earned. Stingray senior Gabe Manqual continued his strong season at the plate with a 2 for 5 game, driving in four and scoring three of the Sumner runs. 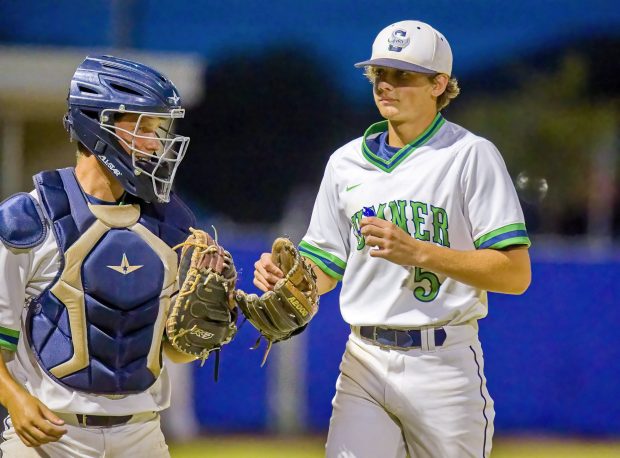 Stingray Luke Parson chats with his catcher after holding the Bulls scoreless in his inning of work.

It was a tough week mentally for the Stingrays, but there will be better days ahead. As Kennedy Duran and the Stingray staff guide the team through these moments, these players will learn lessons that will have their team on the winning side of these types of games. Perseverance, resilience and hard work (as well as an ability to forget) will be key to being the team it strives to be, and as demonstrated at the start of the season, that it can be.
Stingray softball hosted its first senior night as Spoto visited Sumner on April 13. The Stingrays have only one senior, Rachel Brown, and she was the honoree as Sumner’s first softball senior. Rachel is a key part of Stingray softball and offered kind words for her family, friends and teammates on an emotional night. Sumner defeated Spoto 8-1, and Rachel contributed six fielding assists. Sumner softball ended the week with a 6-5 loss at rival East Bay on Thursday, April 14. The team will take its 11-5 record on the road to play Brandon and return home on April 21 to host Durant and then Jefferson on the next night, both 7 p.m. starts, to finish the week. Two games will remain in its season, both away, before the playoffs. 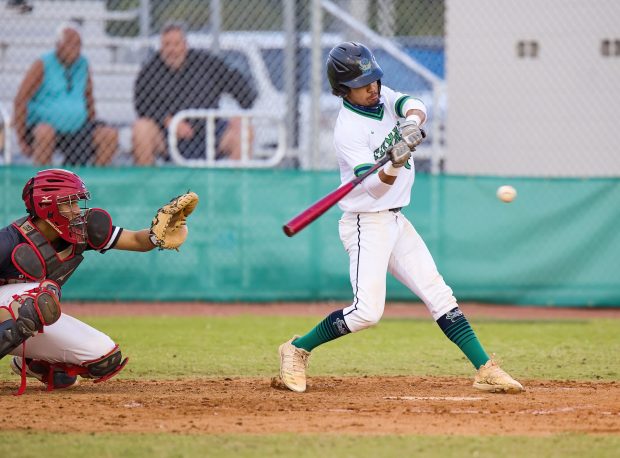 Sumner senior Gabe Manaqual takes a cut at a pitch.