Among the acting crowd in Sun City Center, Jeanne Naish’s star shines brightest. And it should. She’s been performing since she was three years old.
She’s still at it nine decades later, and you can hear her during the Pelican Players Radio Theater hour at 7 p.m. the last Friday of this month on WSCQ Sun Radio 96.3 FM. 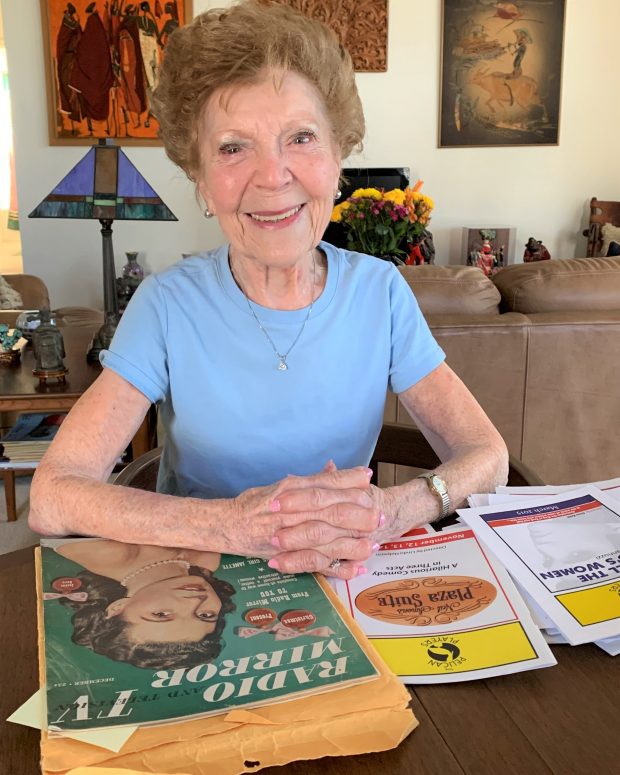 LOIS KINDLE PHOTO
Jeanne Naish thrives on performing and has done so since she was 3. On April 29, the Pelican Players member is recreating a role she played on the radio in an episode of The Aldrich Family in 1949. She’s also directing that same episode.

“I once played an 11-year-old girl named Irma in The Aldrich Family radio show in 1949,” she said. “On April 29, I’m directing that same episode and recreating the role I played 73 years ago.”
The Aldrich Family was a popular teenage situation comedy on radio from 1939 to 1953. It was about the life of a middle-class American family and the adventures of its son, Henry.
Jeanne was born in Virginia and moved to New York City with her family when she was 1. They initially stayed at the Hotel Claridge, where they met a woman who felt Jeanne had talent and, surreptitiously, took her to an audition to sing in the show “Coast to Coast on a Bus.”
“When I won the part, my mother was surprised to receive a telegram asking her to bring me to the NBC radio station,” Jeanne said. The first song I sang was, “When I Grow Too Old to Dream.”
She gradually became involved in larger programs, including Gangbusters, Countess Spy, The Aldrich Family and more. Until her mother taught her to read scripts, she had simply memorized lines.

Jeanne kept performing in radio into her 20s and did a commercial voiceover at age 26. Then she married engineer Dick Naish; moved to Flushing, New York; and began traveling the world.
During the 18 months they were in Spain, she dubbed films.
“I voiced a Spanish actress in English,” she said.
She kept performing in plays on radio and television.
In 1969, the couple moved to Bogota, Columbia, for about two years before returning to the United States, and then traveled to Nairobi, Ecuador, Hungary, Thailand, Singapore and Hong Kong.
Richard retired in 1998. They visited Sun City Center the following year, saw a model home they liked and ended up building the first home in Arbor Glen. They moved to the community in 2000.
True to form, Jeanne inquired about acting jobs in the community, went to a Pelican Players meeting and joined immediately. She’s been an active member for more then two decades. 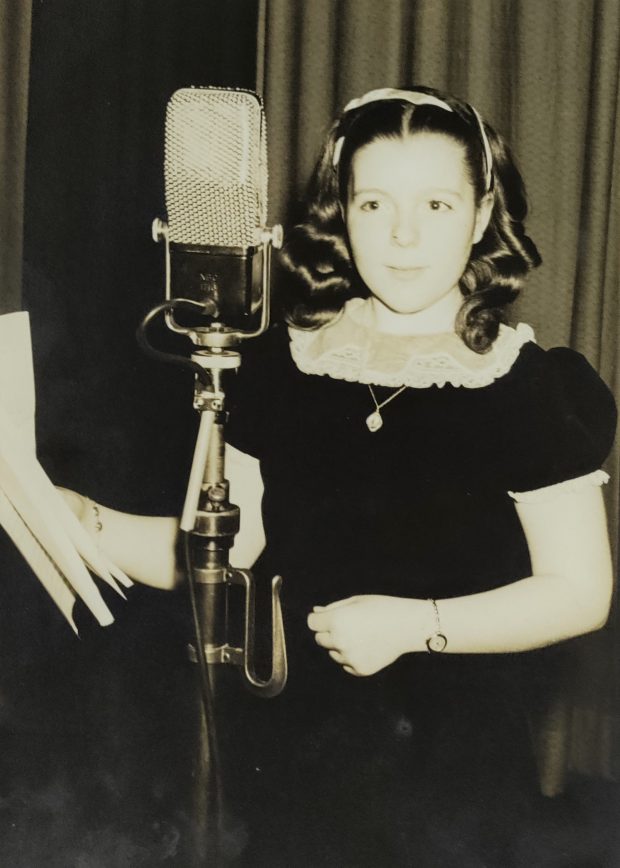 COURTESY PHOTO
Jeanne Naish, 12, appears in a one of the many publicity shots taken of her as a child for her radio performances

Fellow actor Donna Fiore has performed with her in several Pelican Players shows. They also go to the same church.
“Jeanne is pleasant, gracious and always willing to do what’s needed in a cheerful, loving spirit,” Fiore said. “She’s a true professional and always knows her lines. She’s absolutely amazing. What a lady!” Jeanne was also an active member of the now defunct Performing Arts Club of Sun City Center. 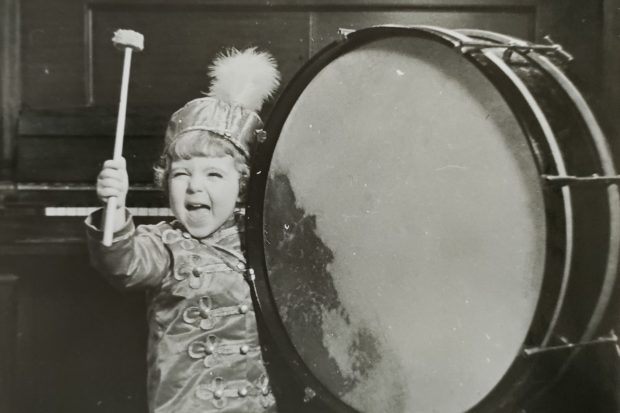 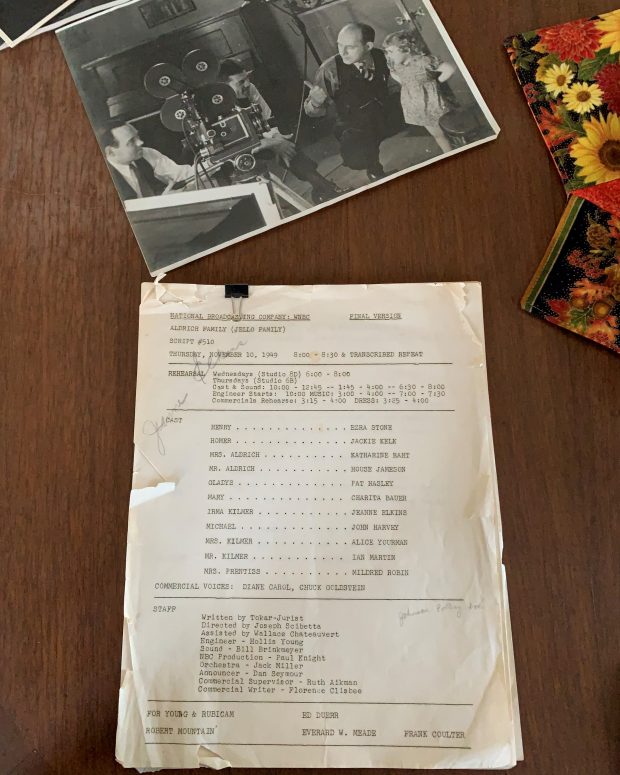 “She is a kind, generous and funny woman whose personality is bigger than she is,” said longtime actor Ellen Kleinschmidt. “We worked together many times as members of PAC. She was a dream to be around and act with, a true professional. I learned through watching her.” 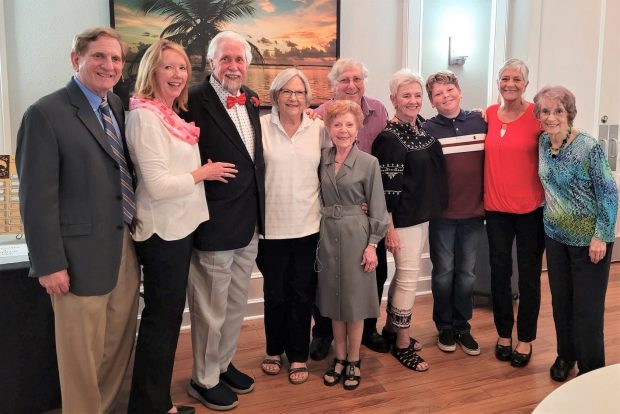 COURTESY PHOTO
Jeanne Naish, fifth from the left, appears with the cast of the recent Pelican Players radio show Ozzie and Harriet, in which she played Harriet.

Between the two theater groups, Jeanne has acted in many stage and radio theater plays over the years. They’ve included Casablanca, Gracie, Fiddler on the Roof, Apt. 14G, Aged to Perfection, Calendar Girls, Queen of Bingo, Burns and Allen Together Again and more. Thanks to the pandemic, her last stage play was Boeing Boeing in 2019.
She’s far from done, however.
In October, she’ll be starring as Nana in Nana’s Naughty Knickers.
“Performing got into my blood,” she said. “I’m most happy when I’m being dramatic or making people laugh. It brings me so much pleasure.”

Against the odds, South Shore Hospital employee to become a doctor