Sumner walks-off Spoto to end the week with a win

Opened the week losing to Robinson

Sumner baseball ended last week with an exciting 4-3 extra inning win on Friday, April 8, against South Shore rival Spoto at Sumner HS, ending positively to a week that started with a tough 7-5 loss at Robinson on Tuesday, April 5.
Sumner looked to build on the matinee win on April 3 against Chamberlain in traveling to Robinson HS but, instead, lost a tough luck 7-5 game against the Knights. The second inning would doom Kennedy Duran’s squad as Sumner’s Isaiah Welch, having a strong season for the Stingrays, ran into trouble and gave up six runs in the frame, four of them earned. Isaiah, in his freshman season, ended his night giving up four hits and a walk. Seniors Noah Hancock and Jose Cabrales finished the game and only allowed one run (charged to Hancock) in the final four innings. The offense scored first in the game and added runs in the second, fifth and seventh innings, but it was not enough to overcome the six-run second inning for Robinson. Stingray catcher Isaac Martinez was the offensive star, going 2-3 with two RBIs for the game. 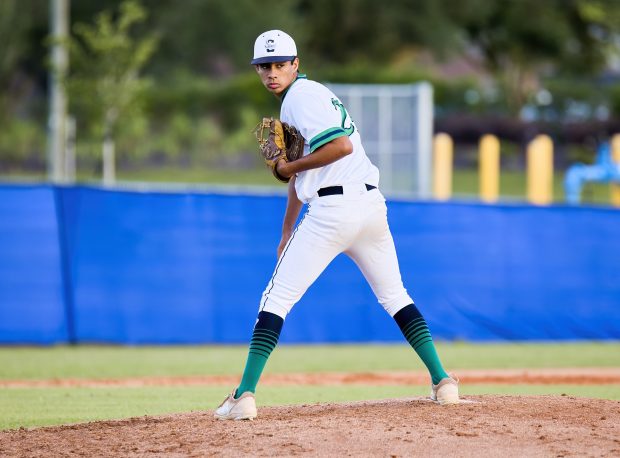 Sumner put that tough loss behind it on Friday, playing a game rescheduled from Thursday night after the all-day drenching rains made the field unplayable, gritting out an extra inning 4-3 win over visiting Spoto. The Stingrays showed resilience in a back-and-forth tilt. Sumner, as in the game against Robinson, scored first with two runs in the bottom of the frame. The Spartans evened the score in the top of the third, and Sumner and Spoto traded runs in the fifth inning to remain tied. Spoto took advantage of a Sumner error to generate a run, and Sumner used the stolen base to setup its run. The game remained scoreless for the rest of regulation, setting up the extra inning game. Spoto failed to score in the top of the eighth, and Sumner seized the moment in the bottom half of the inning to get the walk-off victory. Stingray freshman Juan Orvalle took the mound to start the game for Sumner and faced 16 Spartan batters before exiting after giving up two runs on five hits. Senior Jose Cabrales replaced Orvalle and gave up a run in 1.1 innings of work. Noah Hancock tossed 3.2 innings of scoreless baseball to get the win. The Stingray offense got a boost on a key hit by sophomore Garrett Morgan, driving in two of the Sumner runs, and Jamal Roach went 2-4 and scored a run. Spoto starter Peyton Nisy went five innings, giving up two earned runs, and kept Spoto in the game. Peyton contributed at the plate with a 2-4 game, also scoring a run. Kennedy Duran’s squad will get another opportunity to string together wins when Bloomingdale visits the Stingrays on Tuesday, before this edition went to press. They also face King HS at home at 7 p.m. on Thursday, April 14. 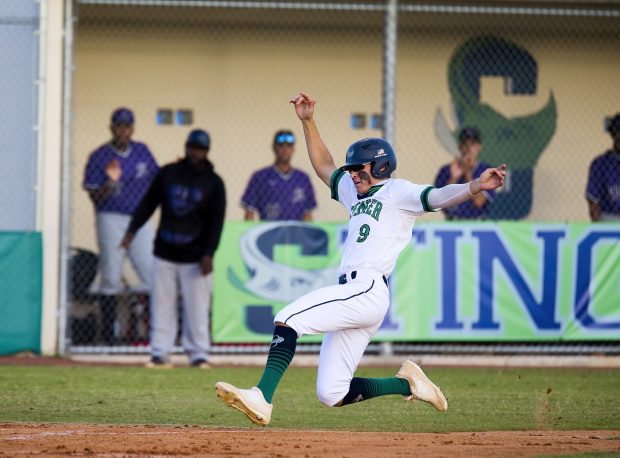 Sumner Stingray softball played two away games for the week, winning 4-1 at McKeel Academy in Lakeland on April 6 and losing 10-1 at Berkeley Prep (16-1 record for the season). The Stingray ladies currently own a 9-4 record on the season and will play three games next week, at Plant City on April 12, at home vs. Spoto on Wednesday, April 13, at 7 p.m. and away at rival East Bay on April 14 at 7 p.m. It will be a busy week for Stingray softball, and it will only have five games remaining in the regular season after those games. Alyssa Vallad leads the staff with a 2.17 ERA, and Savana Robnett leads all hitters with a .548 batting average.
If you haven’t seen Sumner baseball or softball, the opportunities are winding down, and it’s a great place to catch a game. Check it out! 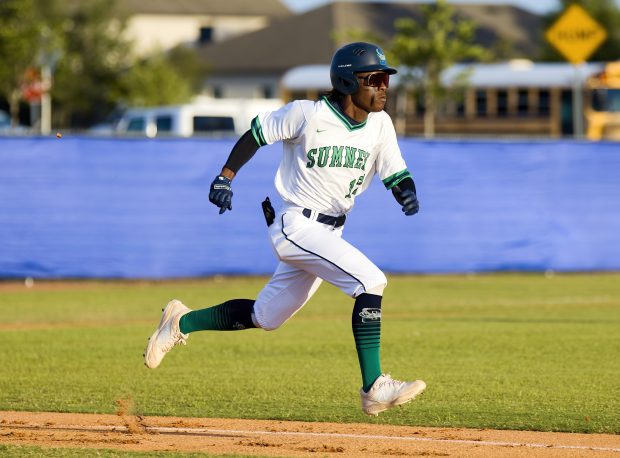