Lennard tops Bulls, falls on diamond to Leto in Tampa

The East Bay Indians upset the Wharton Wildcats to win their fifth game of the high school baseball season last week. Head Coach Cody Crouse started junior Andrew Pierce on the mound on Big Bend Road. Backed by the bats of senior Brenden Hone with three RBIs and Ty Andrews with a perfect 3 for 3 night at the plate and two RBIs, the Indians jumped out to a 6-1 lead after four innings. Hone and junior Tayton Laing both came in to relieve Pierce and to hold Wharton to only four more runs and an Indian victory over now 12-6 Wharton. 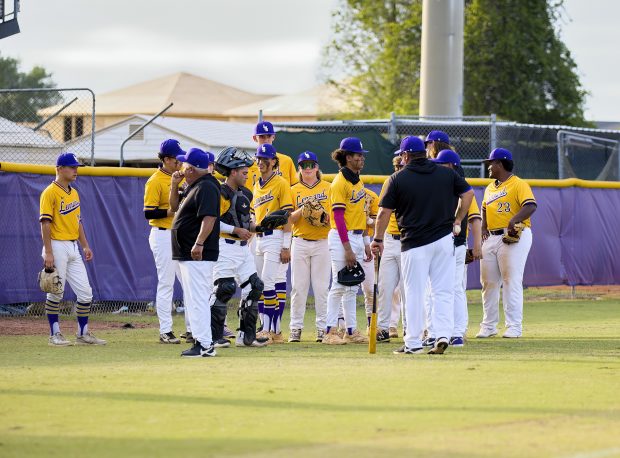 The competition remained tough on the road this early week for 5-9 East Bay. The Indians are looking to the hot bats of a pair of .300 hitters, senior Tate Gran at .348 and junior Kayleb Wright at .321, to spark EB versus 11-4 Newsome on April 11. Another winning team, 12-4 Plant City, hosts the Indians the next evening. The Riverview Sharks, now at 3-12, come to play ball April 19 at East Bay.
Lennard fell 3-2 in a pitchers’ duel to Leto Saturday to drop its record to 13-2. Playing on the road the evening prior, the Longhorns beat Bloomingdale 7-5 behind two of their top pitchers, Jackson Mueller and Carter Payne. Lennard’s junior Logan Covey collected a pair of hits and knocked in two runs. Seniors John Smith and Keith McClain also had two hits apiece to help beat the Bulls. Coach Victor Martinez must travel to Newsome High for a tough game, April 12, with the 11-4 Wolves. The Longhorns then return home to Ruskin for an engagement with 2-10 Chamberlain April 14. Plant City brings a 12-4 winning team to face hometown Lennard, April 18. 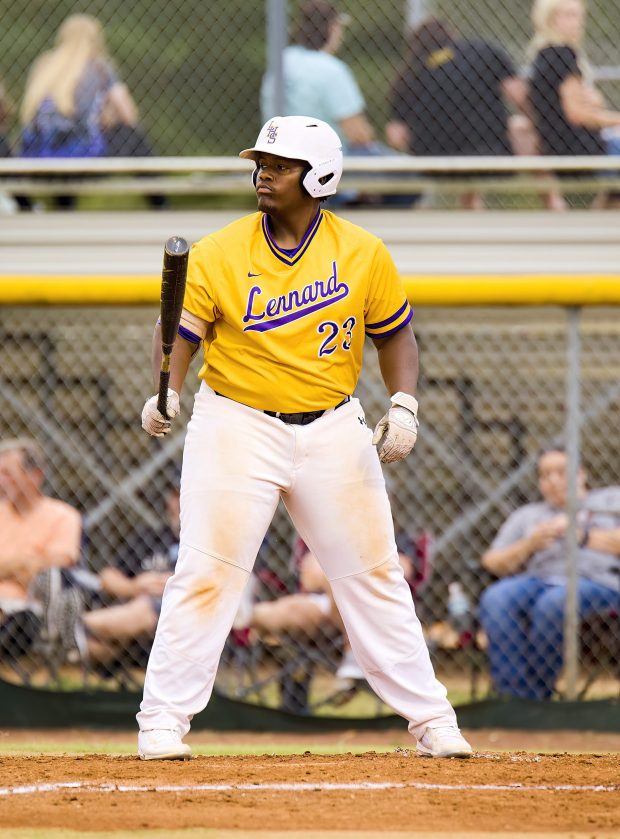 The Riverview Sharks continued to lose to winning teams last week. The Sharks of Coach Jason Smith went to 3-12 at the hands of Durant and Newsome, falling 10-1 and 10-3. The Sharks had another rough match April 11 with the 11-5 Durant Cougars. The odds for winning come down a bit against 9-8 Alonso at Riverview on April 14. The Sharks are being led at the plate by a pair of juniors, Adrian Rolon, batting .394, and Aiden Mena, hitting .278. Pitching well for Riverview are senior Nate Hook and sophomore Anthony Jacquez.
Coach Mike Boyd’s Spoto Spartans lost a pair of games last week to slip to 2-11. The Spartans lost to Middleton 6-4 and then fell to Sumner 4-3 in eight innings. The opportunity for a win or two this week looks good as 3-11 Brandon visited Spoto April 11. Next to come to the Spoto diamond is another team with a losing record. Braden River at 7-10 buses north from Bradenton to take on Spoto. The Spartans offense is led by junior Chase Wink at .297 and soph Peyton Nisy, batting .250. Wink, Nisy and sophomore Cullen Cairns have done the best jobs on the mound for Coach Boyd.
Sumner High is featured weekly in The Observer News in print and online by Francis Fedor. The Stingrays of Coach Kennedy Duran beat Spoto last week 4-3. Games at Sumner this week included Tuesday evening with 11-8 Bloomingdale and a Thursday evening game with 3-13 King High.
Lennard, Sumner Top
South Shore Softball
Lennard High and Sumner High continue to dominate girls softball in the South Shore.
The Lady Longhorns trounced Tampa Bay Tech in Ruskin last week 18-8. Lennard ran away with the game early and late. The Lady Horns scored five in the first and four in the second. TBT rallied for seven runs in the middle of the game but never caught up with Lennard, who salted the game away with eight in the bottom of the sixth. Lennard frosh Juli Rodriquez pitched a complete game. She gave up only one earned run to 7-4 TBT. Offense was no problem for Coach Samantha Ralyea’s Longhorn girls. Savana Woods banged out 4 for 5 hits, scoring three runs and driving in three. Also chipping in at the plate was Player of the Game junior Jessica Hicks who hit 2 for 3 and had four RBIs.
Lennard softball traveled to 5-8 Leto for an April 12 game. A tougher match is set for April 14. The Lady Horns take on 11-4 Bloomingdale on the road. Next week, Lennard plays 7-6 Plant City at Ruskin April 18. Another road trip follows with an April 20 game versus 2-10 Brandon.
Sumner, coached by Autum Hernandez, split a pair of games last week to maintain its winning record at 9-4. The Stingrays hope to make some hay this week against 7-6 Plant City away on April 12. Spoto then brings its 5-8 mark to Sumner for an April 13 evening contest. The week wraps with an April 14 game versus home standing East Bay. Next week Sumner hopes to dominate 2-10 Brandon at the Stingrays’ home diamond on April 19. 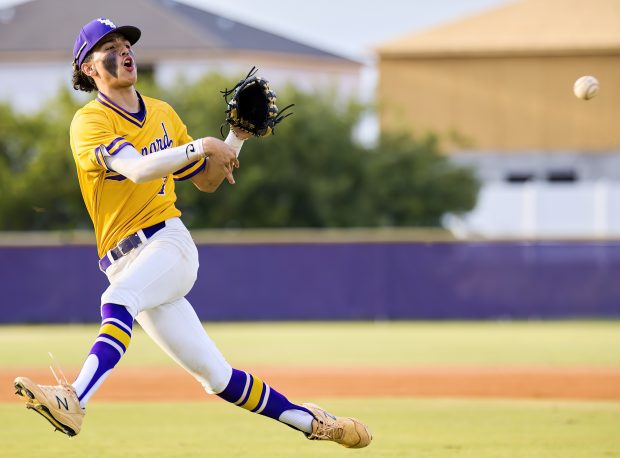 East Bay upped its season’s worksheet to 9-9 by disposing of Brandon 13-3 last week. Coach Glenn Rodriquez now has two tough games this week. First up were the 12-3 Newsome Wolves on Monday at Lithia. Then the Lady Indians come home for a challenging game versus 9-4 Sumner on April 14. Next week, rival Riverview also visits Big Bend Road April 19.
The Riverview Sharks of Coach Paul Ullom are struggling at 2-7. However, the Lady Sharks exhibited some offensive firepower and good pitching to bash Chamberlain 15-0 on April 5. Riverview has a rough opponent this week at home and then one it should win on the road. The Sharks hosted 13-5 Durant April 11. Then an April 14 trip to play 0-12 Blake in Tampa should result in a victory for Riverview. Next week, the Lady Sharks take a short trek to play the East Bay Lady Indians April 19.
Spoto Coach Lauren Badia has her girl Spartans cruising along on a two-game winning streak. They hosted 2-10 Brandon for more early this week. The Spartans romped King 15-0 and then one hit Chamberlain to grab another win last week for a 5-0 victory to boost their season mark to 5-8. Three more opportunities are out there this week. On April 11, Spoto hosted 2-10 Brandon. A road trip to Sumner follows April 13. Then another trip to 4-8 Middleton ends this week’s game activities.

Sumner walks-off Spoto to end the week with a win