Sumner gets back in the win column

The Sumner Stingrays ended a six-game losing streak, three of those games by two or fewer runs, by breaking through for a 9-4 victory at Chamberlain HS on Saturday, April 2. Prior to that win, Sumner had lost 5-3 at King HS on March 29 and had also lost 5-4 at Riverview on March 31.
Sumner started the week with the first of four straight away games at King. The Lions scored three runs in the second inning, adding to a first inning run, and that would be too much for the Stingrays to overcome. Stingray senior Noah Hancock gave up three of the five Lion runs, although only one would be earned. Stingray freshman Isaiah Welch, the staff leader with a 1.53 ERA, kept Sumner in the game by striking out five King hitters over five innings and only allowing one earned run. Stingray junior Manny Ramos had two hits in four at-bats and drove in one of the three Sumner runs. Sophomore Garrett Morgan went 1 for 3 and also scored one of the runs. 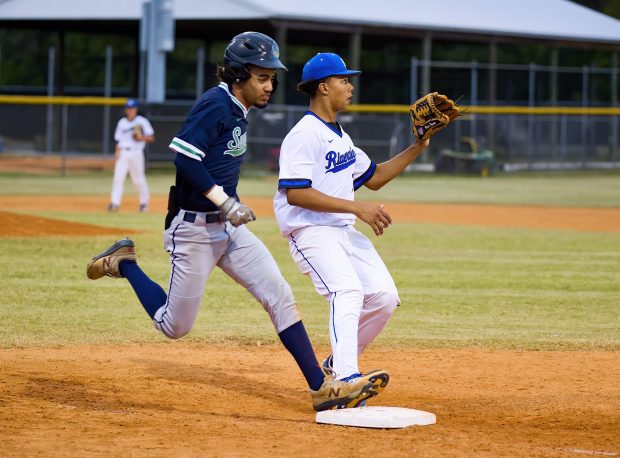 The Stingrays string of tough losses continued with the 5-4 loss at Riverview HS. Stingray senior Gabe Manaqual, having a strong season at the plate and leading the Stingrays with a .450 on-base percentage, went 2 for 3 with a walk and scored a run. Sophomore Cole Montgomery drove in two of Sumner’s four runs. Stingray senior Jayden Brown would take the tough luck loss, giving up five runs, three earned, in three innings of work. Jayden walked six Shark hitters, and although he managed four strikeouts, it was his control that was his undoing. Freshman Juan Ovalle came on to pitch three scoreless innings in relief. 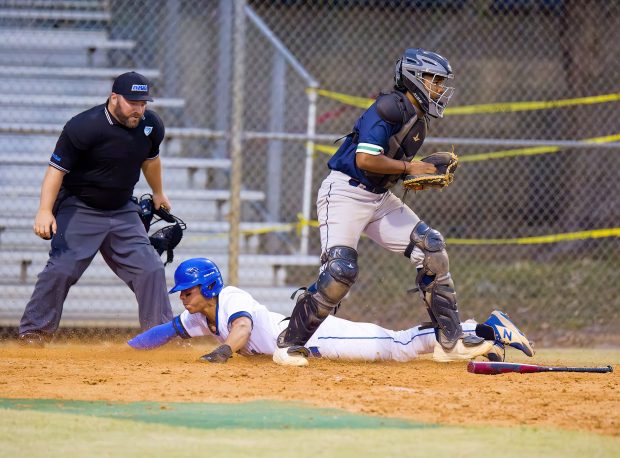 Riverview runner is out at the plate on a force as Stingray catcher junior Isaac Martinez looks for another potential out.

Traveling to Chamberlain for a Saturday day game, Sumner finally had a chance to celebrate a well-earned win. The Stingrays wasted no time and jumped on the Chiefs for three runs in the first and by the end of the third inning held a 7-0 lead. The Stingrays were led by Manny Ramos and Derrick Burgos, both having a HR and driving in two runs apiece. Gerard Lopez added a double and drove in three runs. Sophomore Landon Wilder notched the win with two innings of scoreless baseball and three strikeouts. Stingray freshman Luke Parson gave up the four Chief runs in the final inning. It was a solid win for a Sumner squad that had a number of close losses in its losing streak.
Sumner finished its string of away games at Robinson on Tuesday, April 5, (after this edition went to press) and will return home on Thursday, April 7, to face Spoto HS. The team will look to finish strong as it heads into the final seven games of the regular season. 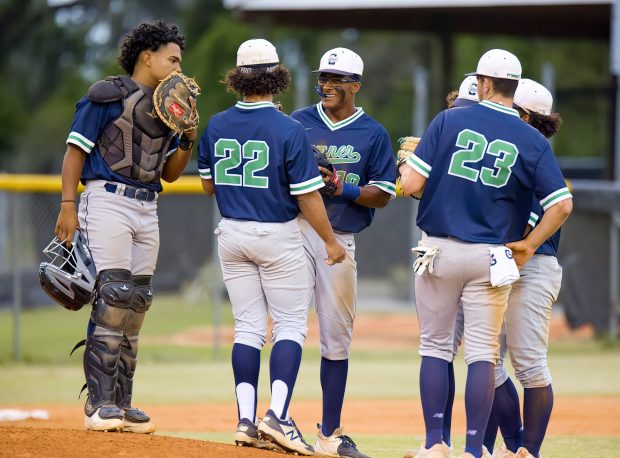 The Stingray players gather during a break in the action vs. Riverview.

The Stingray softball team had a down week, losing to Braden River and Lennard, both on the road, as it continues to drive towards the playoffs. The Lennard loss was a 6-5 battle that went into extra innings to resolve the outcome for two very tightly matched teams having great seasons. Sumner stands at 8-3 and Lennard is 7-2 with half of the season in the books. Sumner plays away at McKeel Academy on Wednesday and returns home to face Spoto on Thursday, April 7, at 7 p.m. 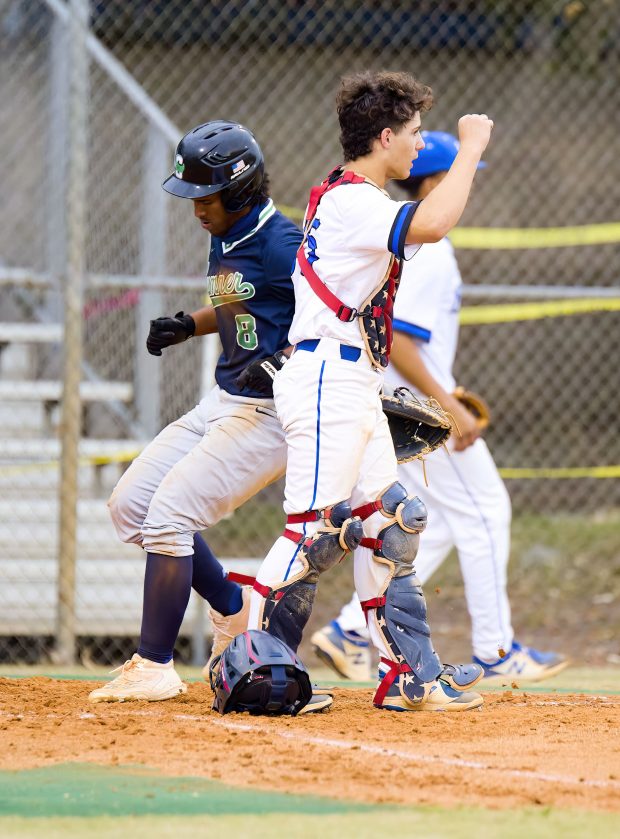 South Shore Diamond Squads all have home games this week