Back after a four-year hiatus, the gates of the MacDill Air Force Base in Tampa will reopen again this weekend for the return of the two-day Tampa Bay AirFest and its headliner attraction, the U.S. Navy Blue Angels.
More than 150,000 people are expected to attend, along with Gen. Mike Minihan, the four-star general who oversees the Air Mobility Command. His presence comes as the U.S. Air Force gears up to commemorate a milestone in September. Airmen are called to “innovate, accelerate and thrive” as the U.S. Air Force and Department of the Air Force approach their 75th anniversaries on Sept. 18, 2022. 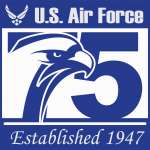 “You normally don’t get four-star generals at your air show, but this is a special year,” said Terry Montrose, deputy chief of public affairs at MacDill Air Force Base, in a news article concerning the event.
Tampa Bay AirFest 2022 is scheduled for March 26 and 27, with activities showcasing first-responder agencies and all five branches of the United States military (Air Force, Army, Navy, Marines and Coast Guard) and their reserve components. Due to a cutback in funding, the annual event had been changed to a biennial showcase. The emergence of the coronavirus pandemic in 2020 shut down the event that year, which makes this year the first air show since 2018.
“AirFest is one small way to say ‘thank you’ for your unwavering support of the base and our personnel,” base officials say, in a promotion for the two-day event. “MacDill Air Force Base is privileged to have called the Tampa Bay region home for more than 80 years, and we are proud of the superb relationship we share with the surrounding communities of Tampa Bay.”
MacDill Air Force Base, at 6801 South Dale Mabry Highway, sits south of Tampa on the Interbay Peninsula. “Team MacDill” includes 28 associate units from all branches of service to include U.S. Central Command, U.S. Special Operations Command and the 927th Air Refueling Wing. Mission teammates include also the Joint Communication Support Element and the U.S. Marine Corps Forces Central Command, making MacDill home also to many soldiers, sailors, Marines and Coast Guardsmen.
Likewise, south Hillsborough County neighborhoods are home to many military families, providing an even greater pool of interest in the AirFest celebration held every two years on MacDill AFB.
Along with the U.S. Navy Blue Angels, AirFest performers include para-commandos; the F-22 and C-17 demo teams; the KC-135 Stratotanker; and individual pilot shows, including those of Matt Younkin, the son of Bobby Younkin, who is considered one of the greatest airshow pilots of all time, and Jim Tobul, who in his “Korean War Hero” F4U-4 Corsair pays tribute to the men and women who fought in the Korean conflict from 1950 to 1953.
Also set for display are fighter, tanker, airlift, warbird, civilian, trainer, bomber and other aircraft and attractions, including U.S. Marine Corps AAVs and Budweiser Clydesdales. It’s been reported as well that MacDill will be home to 24 new KC-46 tanker aircraft, the next generation aerial refueling support for the Air Force, Navy and Marine Corps. The KC-46 will be on display as well.
Food stations include those for hot dogs, bratwurst, sausage, burgers, sandwiches, gyros, pizzas, snacks and desserts. Beverages include coffee, soft drinks, bottled water and beer.
General admission is free and no tickets are required. Parking also is free. Gates open at 8 a.m. and close at 5 p.m.
Premium seating options are available for purchase. Flight Line Club tables offer the best views for flying action. The area offers “in and out” privileges throughout the day for guests to enjoy the static displays, concessions, souvenir booths and exhibitors. There also are premium box seats available for purchase on the flight line.
For more information, and to purchase premium seating, visit www.tampabayairfest.com/.