Dora Faye Weaver, 78, of Sun City Center, Fla., entered into her eternal home on Thursday, Feb. 17, 2022, after a long illness at Life Path Hospice in Ruskin, Fla.
She was born Nov. 23, 1944, in Mansfield, Ohio, to the late Howard and Christina (Kvochick) Backensto. Dora graduated from Union Loerl High School, class of 1962. She married her husband John at Hickam Air Force Base, Hawaii, after dating him for seven months, most by letters and phone. They had 57 years of marriage and two sons, John Jr. (Kim) Weaver, of Lancaster, Ohio, and Mark (Syrel) Weaver, and two grandsons, Samuel John and Jacob Alen Weaver, of Durham, N.C.
Dora was a wonderful wife, following her husband for 24 years as he moved from base to base for his job in the United States Air Force. He was stationed in Hawaii, Alaska, Germany and stateside in the United States. She was a wonderful mother, grandmother and mother-in-law. In addition to her parents, Dora was preceded in death by her siblings, Robert (Bob) Backensto and Donald Backensto.
Dora was well known by family and friends as a great cook. She was especially known for her baked beans; her uncle Jim said, “You can’t come to a Backensto reunion unless you bring baked beans. “She was also known for her Korean fried chicken and German Schnitzel.
Services were held at 10:a.m. Saturday, March 5, 2022, at the funeral home, with burial to follow in Polk Cemetery.
In lieu of flowers, memorial contributions may be made to First Baptist Church of Ruskin, 820 College Avenue W., Ruskin, FL 33570, for the children’s summer camp or the charity of the donor’s choice in Dora’s name.
There will also be a service at 10 a.m. Saturday, March 12, 2022, at First Baptist Church of Ruskin.
Wappner Funeral Directors [in Mansfield, Ohio] is honored to serve the family of Dora Weaver. 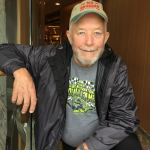 Goodbyes hurt when the story is not finished and the book has been closed forever.

Frederick (Fred) Louis Hoerl Jr., “Sonny,” passed away on March 2, 2022, in Nocatee, Fla. He was 97 years old.
He is survived by his six children, 14 grandchildren, 12 great-grandchildren, two daughters-in-law and three sons-in-law.
Fred was born in Linden, N.J., in 1924. He served four years in the Coast Guard during WWII, including time in the South Pacific. He graduated from Rutgers’ University after attending night classes for 13 years, and later received a Master’s Degree in education and mathematics from (then) Trenton State College, graduations proudly attended by his wife and children. He spent 20 years teaching math, nearly his entire tenure in Flemington, N.J., at Flemington-Raritan Middle School. He was a recipient of an Honorable Mention in the Outstanding Teachers in America, sponsored by Disney. He even taught one of his future sons-in-law.
On Veterans Day in 2021, he was honored at a ceremony for his service to his country during WWII; it was the first time he was ever so honored.

Larry R. Johnson of Sun City Center, Fla., passed away Tuesday, Feb. 22, 2022, at South Bay Hospital in Sun City Center.
He was born July 16,1940, in Burlington, Iowa, the son of Leonard and Helen Myers Johnson. He married Carol Bigham on June 14,1961, in Rushville, Ill.
Larry is survived by his wife Carol; one son, Micheal Johnson, of Laurel, Md; one daughter, Deanna Grahovac, of Ft. Myers, Fla.; four grandchildren, Melissa (Aaron) Frazee, and, Michael Johnson, of Hagerstown, Md., Justin Grahovac, of Bowie, Md., Cody Grahovac, of York, Pa.; six great-grandchildren, Chase, Caden, Lane, Rylee, Emma and Freya.
Larry served 26 years in the US Navy and retired as a senior chief. He then worked for Northrop Grumman as a contractor with the Navy, working on the development of systems for new construction of the USS San Antonio (LPD 17) and other ships of the same class.
He was a life member of the American Legion Post 295 in Gaithersburg, Md. He was also a member of the VFW.
He will be cremated, with burial in Arlington National Cemetery at a time to be determined. Memorial donations may be given in Larry’s memory to St. Jude Children’s Research Hospital.

Damaso E. “Tito” Fuentes Sr. was a husband, brother, father, grandfather (11), great-grandfather (3), cousin and best friend to many, as well as to stepchildren, step-grandchildren and step-great-grandchildren, too many to name. Tito was born in Cuba, migrated to the U.S. and became an American citizen. He worked as a truck driver/car hauler in and around the Greater Tampa Bay area. He retired and moved to Sun City Center, where he lived with his wife of 30 years. Tito went home to be with Jesus on Friday, Feb. 25, 2022.
Tito was faithful to the Lord always. His favorite charities were CBN (700 Club) and the Fellowship of Christians and Jews. Memorial donations should be made in Tito’s remembrance to these organizations. Brewer & Sons F.H.

Clock is ticking to keep flying commercially without a Real ID