Defeats Gaither in first round of state playoffs

Sumner defeated Gaither High School on the road to move on to the second round of the state playoffs. The Stingrays were rewarded for a 15-7 regular season record with a berth in the State 6A playoff bracket as a #6 seed in their bracket. Sumner was coming off a late loss to Bloomingdale, entering the state playoffs, and was looking to rebound and take advantage of the new life. 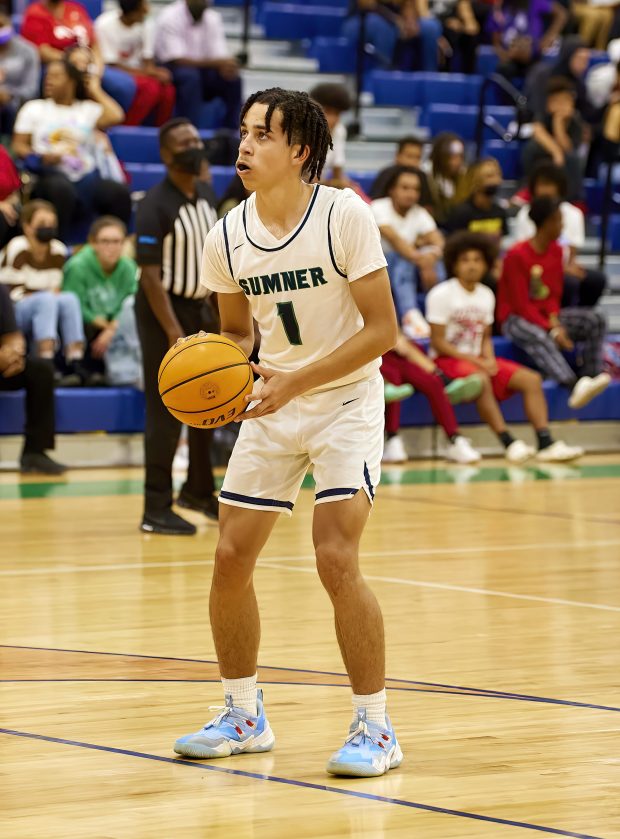 Sumner faced off against the Gaither HS team on Feb. 17 at Gaither HS and easily defeated the Cowboys by a 56-42 score. Gaither came in with a 14-13 record, only having lost two games at home, and the Stingrays rose to the occasion to move on in the tournament.
Sumner played Wiregrass Ranch HS, a match-up between two closely matched teams, on Tuesday, Feb. 22, after The Observer News’ deadline.
The Bulls brought a 17-8 record to the Stingray match-up. Against common opponents, the Bulls had gone 4-0, where the Stingrays were 2-2. Wiregrass Ranch was coming off its playoff win vs. Bloomingdale, a team that had beaten the Stingrays just two weeks ago at Sumner HS. For the Sumner Stingrays it offered an exciting opportunity as they looked to advance to the regional final game that is scheduled for Feb. 25 at 7 p.m., site to be determined. 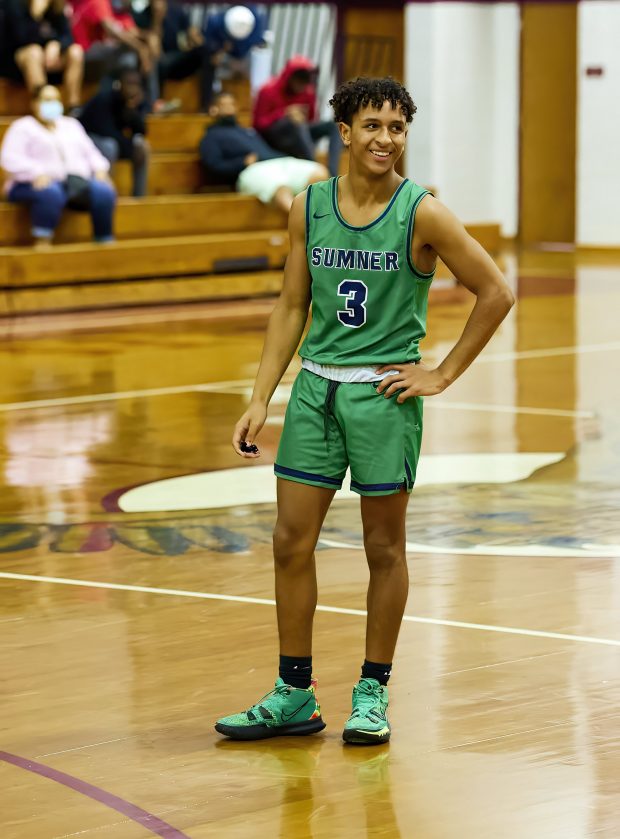 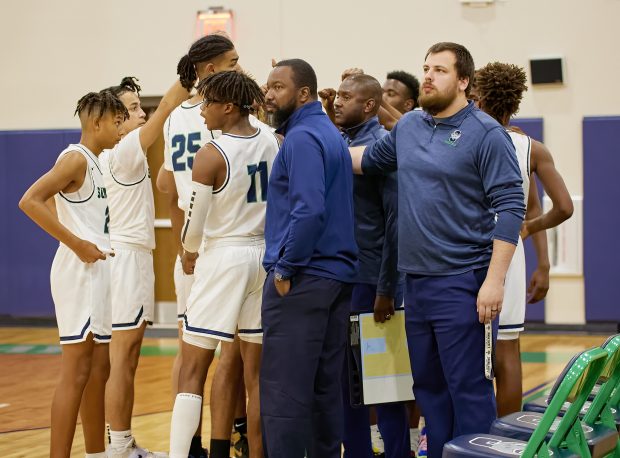 FRANCIS FEDOR photos
Sumner huddles during a time-out in a recent game.