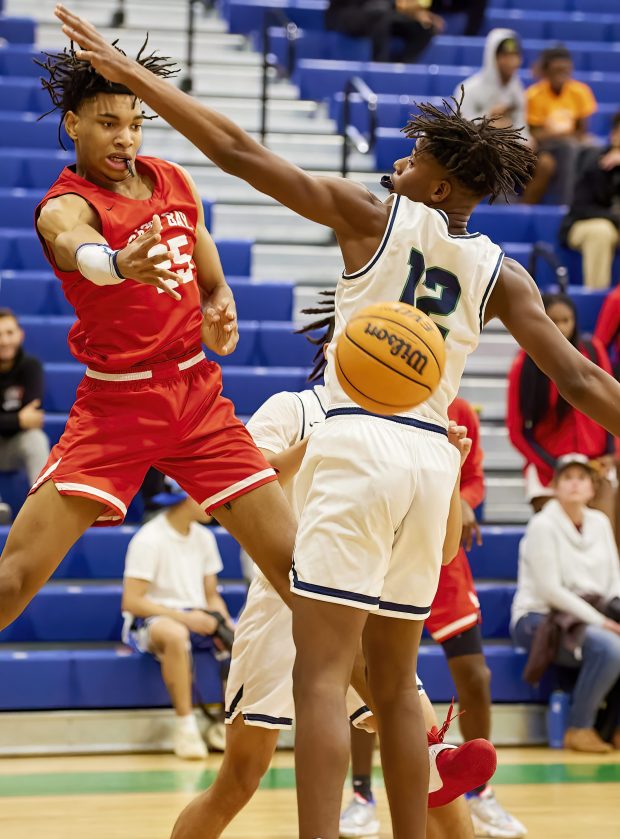 The Stingrays opened the week with a tough loss to Palmetto at home. Sumner saw the Tigers up by 7 at halftime. The Tigers grew their lead to 13 points entering the final quarter. The Stingrays outscored the Tigers in the fourth quarter 22-21, but it wasn’t enough to overcome the 13 point deficit they needed to overcome. Caleb Williams scored 14 points in the loss. The Stingrays didn’t allow the loss to linger and won decisively the next night, also at home, vs. Spoto. This time the Stingrays would run out to a 31-9 halftime over the Spartans. Spoto hasn’t had much success this season and only has two wins on the season. Spoto didn’t go quietly, scoring 40 of its 49 points in the second half and outscoring Sumner 40-32, but it wasn’t nearly enough to overcome a 9 point first half. Stingray Caleb Williams scored 21 and senior Tyrell Smith added 17 in the victory. Spoto Spartan junior Ben Walker starred for Spoto with 20 points.
The showcase game of the week for Sumner was on Friday as East Bay visited the Stingrays. It was a charged atmosphere in the gym, and the fans for both sides were ready to express their feelings for their squads. The game was a showcase for Sumner’s talented freshman Caleb Williams, who already can take over games, and senior Tyrell Smith, who brings his talent and steady leadership to the court. The Stingrays would lead 30-27 at the end of a tightly played first half. The game would be slowed by technical fouls, two on each side. The game came down to the best team in the fourth quarter, and Sumner rose to that challenge, winning the quarter 20-12 and claiming the victory. Caleb (five 3-pointers) and Tyrell (three 3-pointers) scored 17 points each. Israel Vargas, who is fearless in the lane, added 15 points for the Stingrays. East Bay junior Jayden Johnson scored 23 in the loss. The Stingrays closed their week with a tough loss against Northside Christian.
Sumner will play three games during the week of Jan. 17, two of the games will have been played before this edition went to press: at home vs. Bloomingdale on Tuesday and away at Brandon on Wednesday. The third game is a road game against Manatee HS in Bradenton on Friday. The regular season will wind to an end at the end of January, and our coverage of the playoff run for the Stingrays will begin. 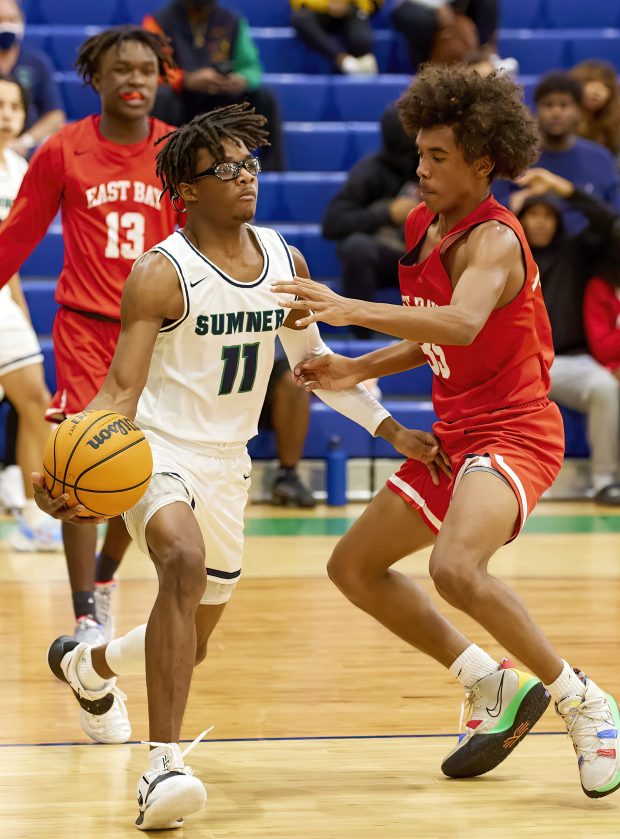 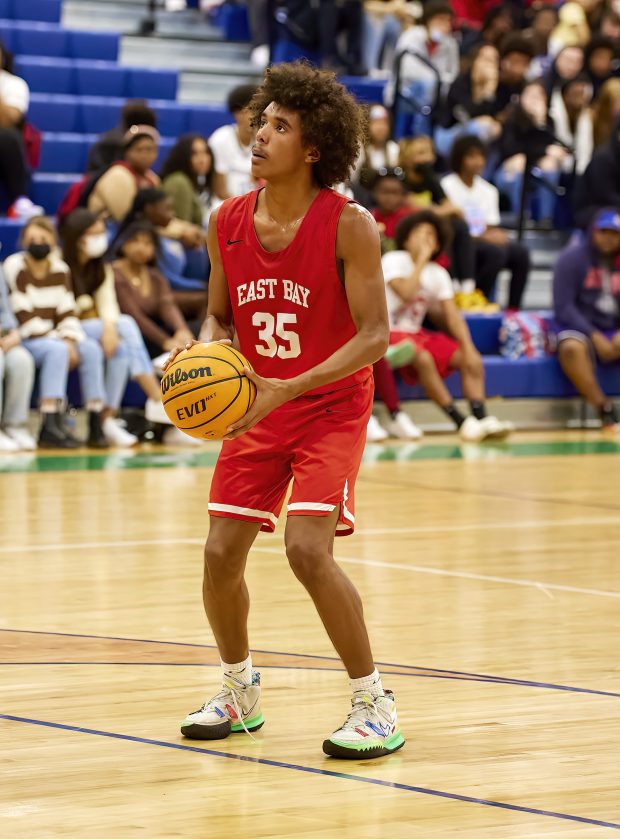 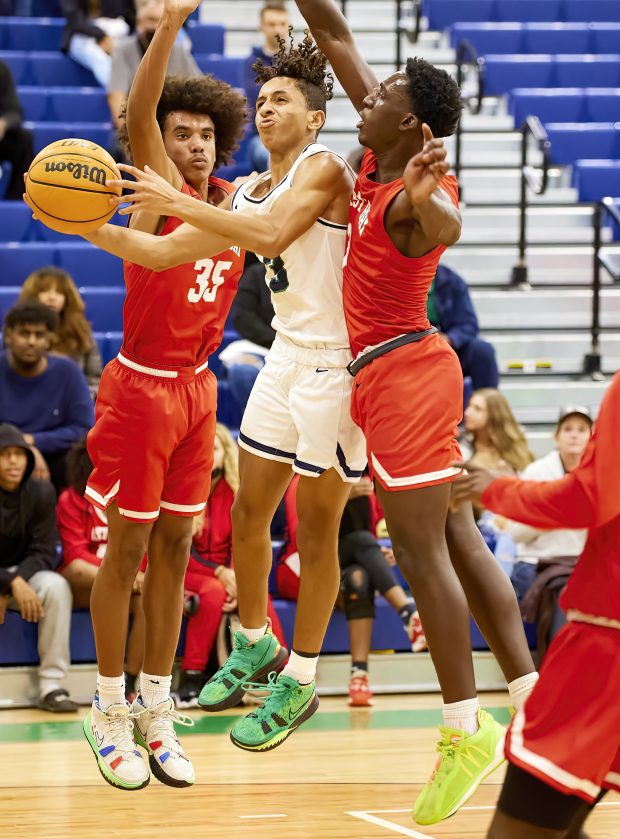 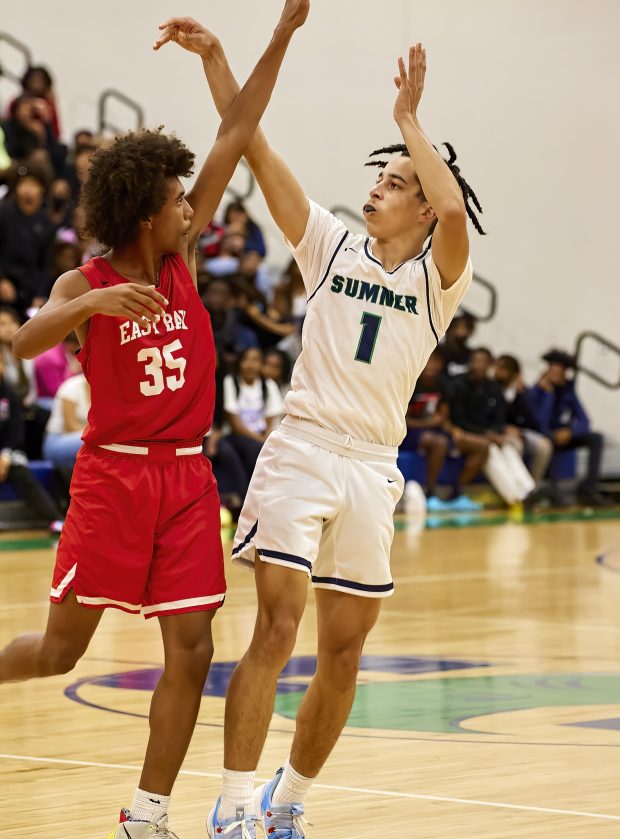 Sumner senior Tyrell Smith gets a shot away before East Bay defender can get a block. 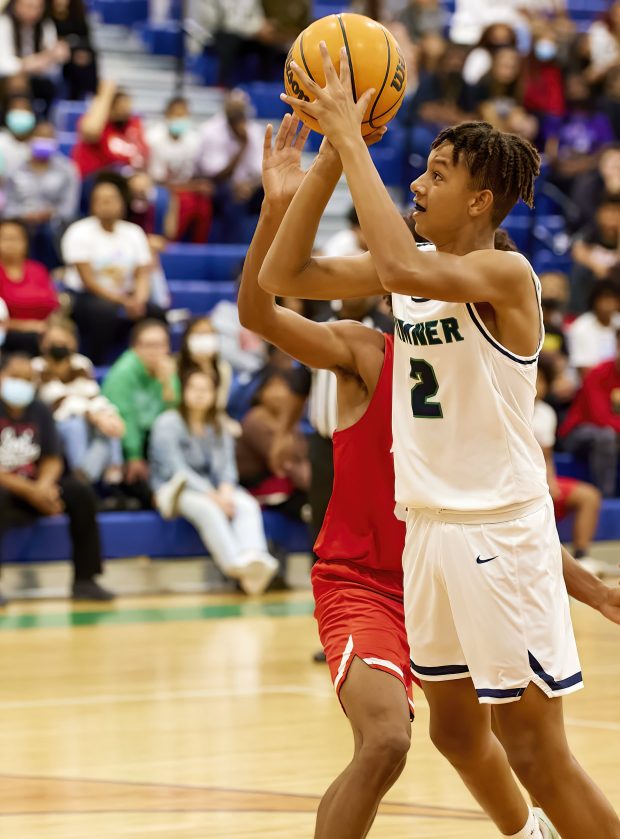