The Sumner Stingrays played four games during the week of Jan. 3. They defeated Plant City 63-62 in a dramatic, fantastic finish on Tues., Jan. 4, then went on the road to face two South Shore rivals, defeating Riverview 60-39 on Wed. night and winning again by the narrowest of margins, 62-61, at Lennard on Fri. Sumner closed out the week losing 75-38 in a Sat. matinee game against Clearwater in tournament action. 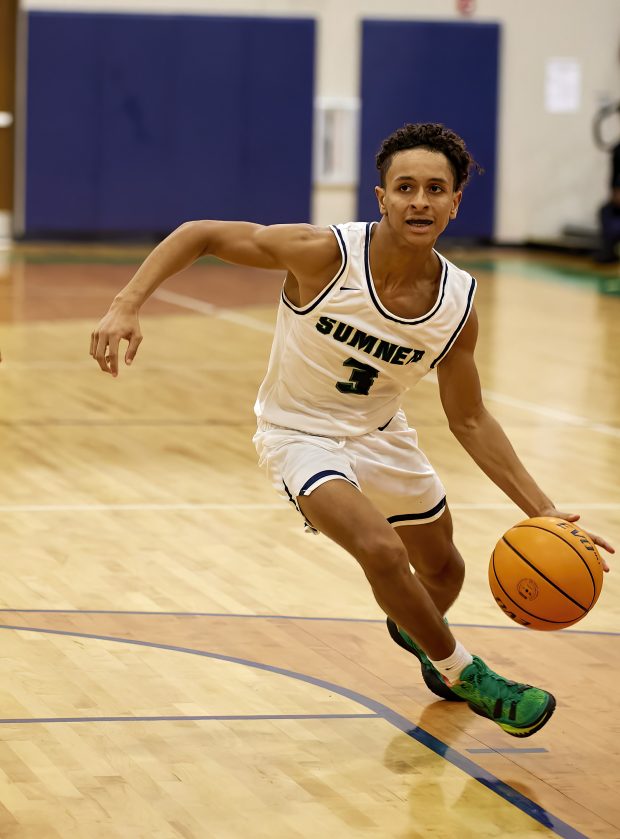 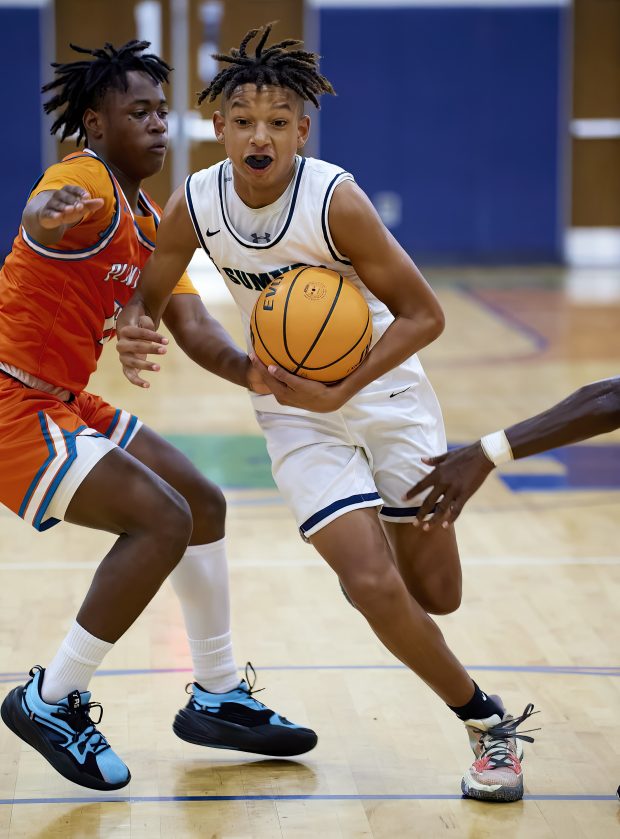 Sumner basketball returned from the break with a home match-up against Plant City. The Raiders, owners of a 10-2 record, looked to add to their victory total against Sumner, but the Stingrays were unfazed and built a 40-27 halftime lead. Plant City stormed back in the third quarter to close the period with a 55-46 lead, setting up a fantastic finish inside the Sumner HS gym. The Stingrays scored seven unanswered points to close to within two and tied the game up at 57 with three minutes left in the game. Sumner seized the lead at 63-62 with 29.3 seconds remaining in the game on a drive to the basket by Caleb Williams, and that would be the final score. Williams accounted for 14 points and Senior Tyrell Smith added 11, with all 11 coming in the first quarter. It was a measuring stick game for the Stingrays against a tough Plant City squad, and Sumner passed the test. 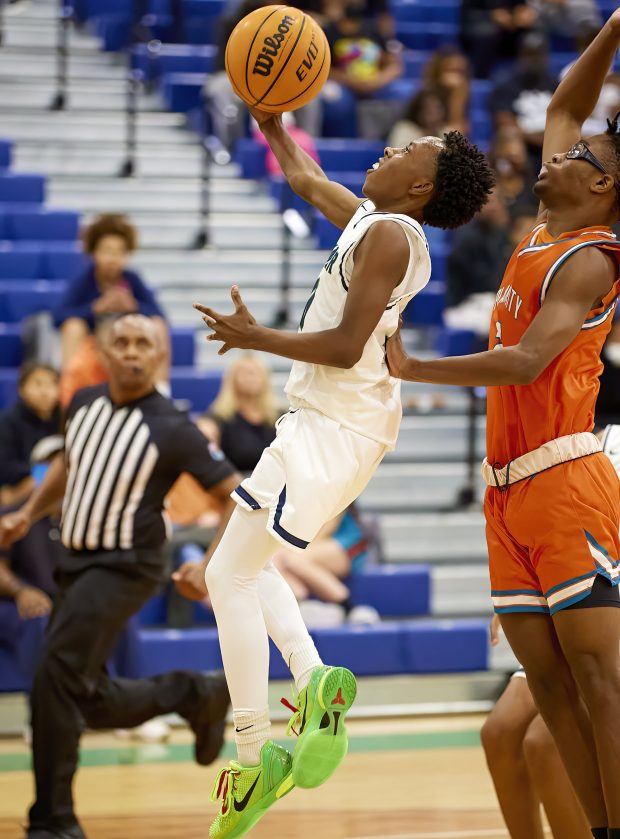 Stingray freshman Jacob Douglas takes to the air midway into a layup. 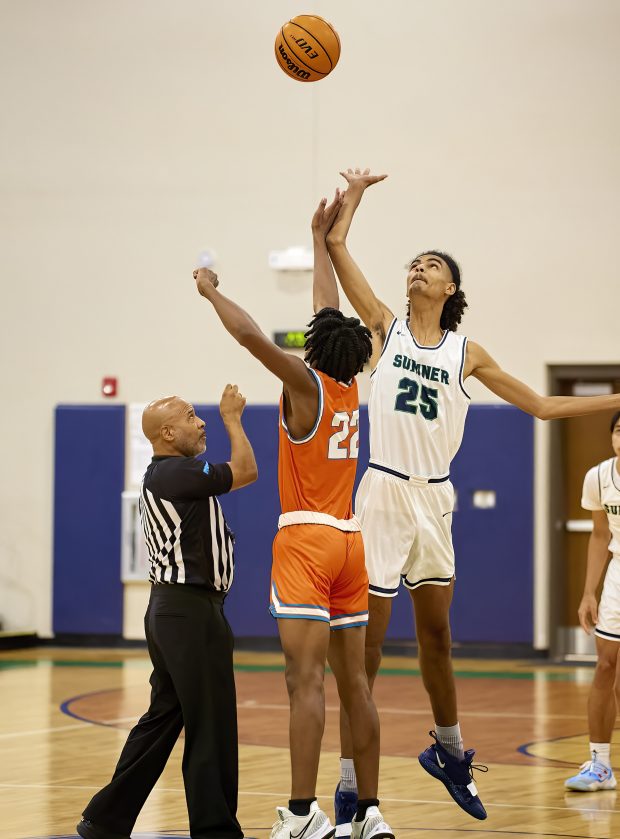 Sumner’s match-up the following night against Riverview offered less dramatics with the Stingrays never trailing to end a period. Caleb Williams continued to star and led all Stingrays with 16 points. Sumner Junior Israel Vargas added 15 points and freshman Jacob Douglas scored 11 in the blowout. Sumner returned to its winning ways with a big rematch win over Lennard between two South Shore rivals, extending a winning streak to four games. The Stingrays also won the first match-up with Lennard earlier this season at Sumner HS. However, the winning streak came to an end at four games for Sumner with the loss to Clearwater HS in the Ulrich Family Classic, the first ever match-up for the two teams. The Stingrays trailed the Tornado’s by only two points after the 3rd quarter but were outscored 20-7 in the fourth as Clearwater ran away from Sumner to seal the victory. Sumner closed the very productive three-win week with a 7-4 record. The Stingrays returned to the court after this edition went to press, playing at home vs. Spoto on Wed. Jan. 12. Sumner has another rematch game against East Bay on Fri, Jan 14, at 8:00 p.m. at Sumner HS. The Stingrays won the first match-up at East Bay HS. Check out the next edition of The Observer News for the continuing coverage of Sumner HS basketball.