Almost one year to the day Sgt. Brian Roy LaVigne was killed in the line of duty one shift shy of his retirement, his Hillsborough County Sheriff’s Office family has found yet another way to honor the man who gave more than 30 years of his life to his law enforcement duties.
Now, a one-year-old Belgian Malinois and German Shepherd mix, who specializes in the search for narcotics, will forever be known as K9 Roy, in memory of LaVigne, who died Jan. 11, 2021, in a marked patrol car outside the Paddock Club of Brandon apartments. 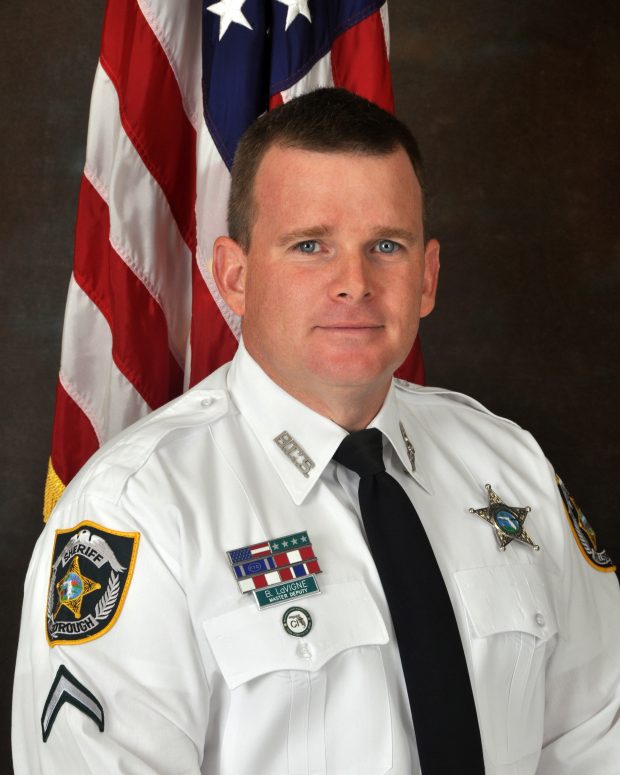 According to court records and reports, Travis Garrett, then 28, in an attempt to elude arrest, rammed his vehicle into LaVigne’s cruiser after resisting arrest and fleeing the scene. LaVigne had been answering a call for backup assistance.
Garrett later entered written pleas of not guilty to a number of charges, including murder in the first degree (premeditated), vehicular homicide and DUI manslaughter. A status review on his case is set for a March 22 virtual meeting.
Meanwhile, K9 Roy is on the job, bearing the middle name of his namesake, serving as “a constant reminder of the legacy he left behind when his life was cruelly taken from us,” said Hillsborough County Sheriff Chad Chronister, in a Jan. 6 video, featured on the department’s YouTube channel. “It is an honor that the LaVigne family has allowed us to use his name to always remember the loving man, husband, father and friend he was to us all.”
A master corporal at the time of his death, LaVigne, 54, was promoted posthumously to sergeant. He worked 30 of his 33 years in law enforcement with the Hillsborough County Sheriff’s Office.
K9 Roy’s handler is Deputy Sarah Ernstes, an 11-year veteran of the sheriff’s office and a close friend of the LaVigne family. Together, K9 Roy and his handler completed in September 480 hours of training in accordance with both Hillsborough County Sheriff’s Office and Florida Department of Law Enforcement standards.
When it came time to name K9 Roy, the reasoning was a no-brainer.
“To me, it was just a hope that it would give [the LaVigne family] some kind of peace and joy, despite everything that they’ve been through in this past year,” Ernstes said. “I just hope that Roy and I can honor them, and honor [Sgt. LaVigne] in some way that they’ll be proud of us.” 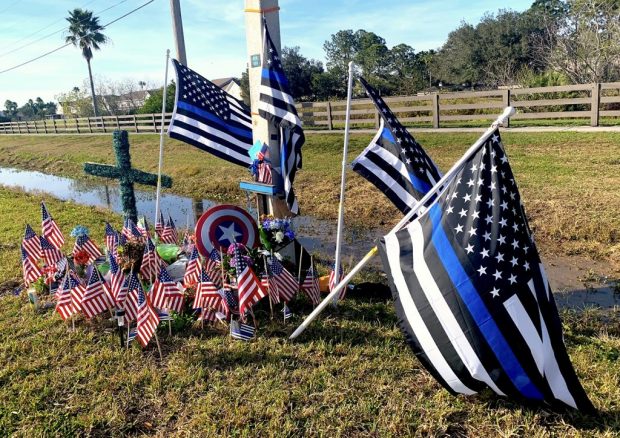 Following in her father’s footsteps, LaVigne’s daughter Caitlin is a deputy with the Hillsborough County Sheriff’s Office.
“My dad was tough as nails, just like the dogs are, so it’s nice to know that he’s still kind of out here with us,” LaVigne said, in the video highlighting K9 Roy at work. “When you think about it, it’s kind of cool when we’re both on the same call, and it’s Ernstes, Roy and LaVigne.”
Last year, at a Feb. 3 memorial for LaVigne, held during a Zoom meeting of the Hillsborough County Commissioners, Chronister called LaVigne “a role model among deputies” and his memorial “a bright light in all of this darkness.”
Commissioner Mariella Smith issued a similar sentiment.
“I hope the family takes comfort in knowing that their beloved husband and father leaves a great legacy behind in this community that will live on for generations.” 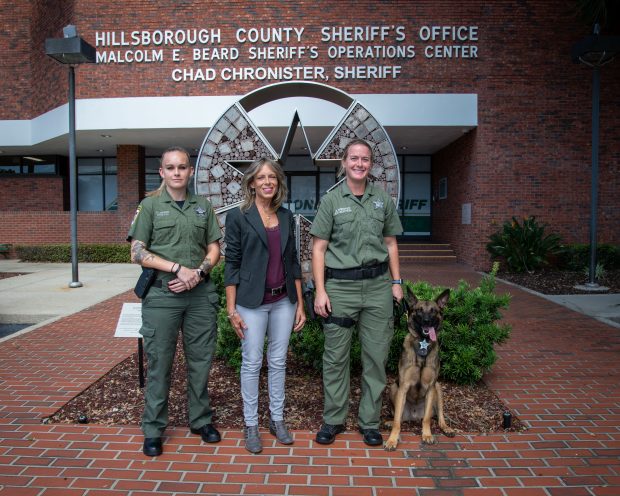 One year later, a four-legged tribute bears witness to the man who left his mark on the Hillsborough County Sheriff’s Office and the community it serves.
As Chronister put it, “This tribute to Sgt. Brian LaVigne is one that will be ever-present among those who come into contact with K9 Roy.”
See also Hillsborough remembers slain Sgt. Brian LaVigne at https://www.observernews.net/2021/02/12/hillsborough-remembers-slain-sgt-brian-lavigne/