Tampa hosts Arkansas and Penn State in the Outback Bowl

Tampa Bay hosted the annual Outback Bowl at Raymond James stadium on Saturday, Jan. 1, a New Years Day bowl game. Arkansas, nationally ranked at 21, defeated an unranked Penn State team, 24 – 10, on a very pleasant January afternoon. Arkansas, including RB Raheim Sanders out of Rockledge on the east coast of Florida, dominated the afternoon on the ground against a weak Penn State running defense. Penn State CB Johhy Dixon played his high school football here in Tampa at Chamberlain High School. The festivities included pre-game and half-time performances from both university bands as well as a youth dance troop, “Just for Kix,” and a band performance made up of a number of high school bands. It was a festive afternoon and a chance for fans to attend one last local college football matchup as the college season winds to an end. 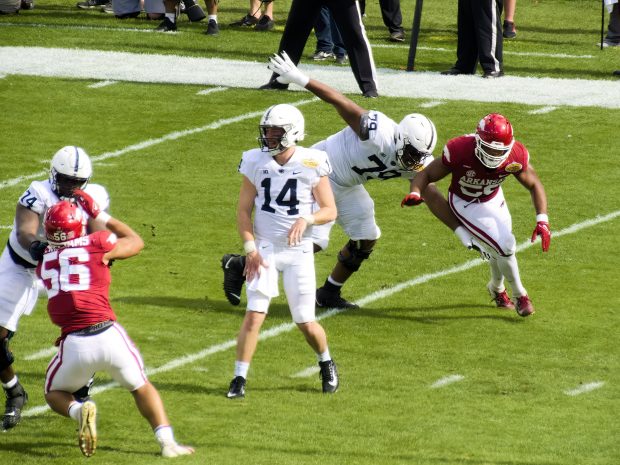 The first half ended with a series of unfortunate play calls. It started when Penn State, at the Arkansas 36-yard line, ran a failed fake punt. With great field position and the opportunity to score before getting the ball to start the second half, Arkansas took over. 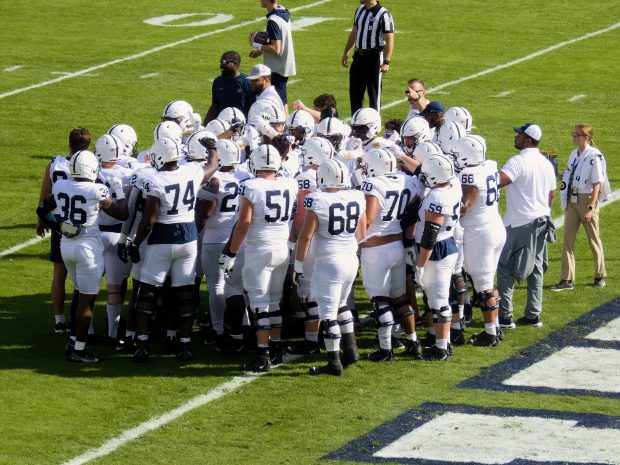 Penn State quarterback, Sean Clifford, went 14 for 32 for 195 yards, finishing with his lowest completion rate of the season (43.8 percent), threw two interceptions and missed one wide-open tight end for a touchdown. 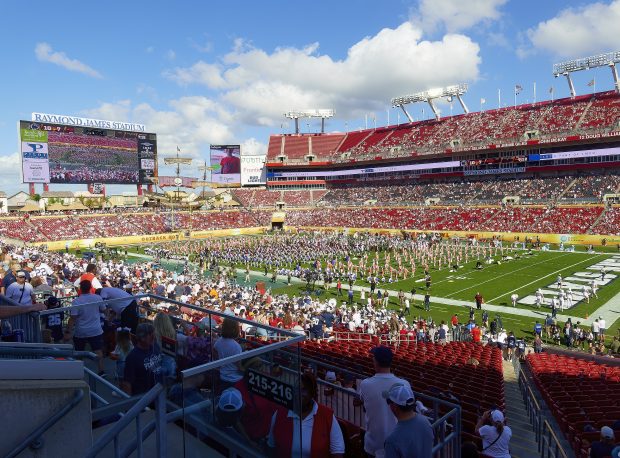 Arkansas scored a 24-10 victory over Penn State in the 2022 Outback Bowl on New Year’s Day at Raymond James Stadium in Tampa. 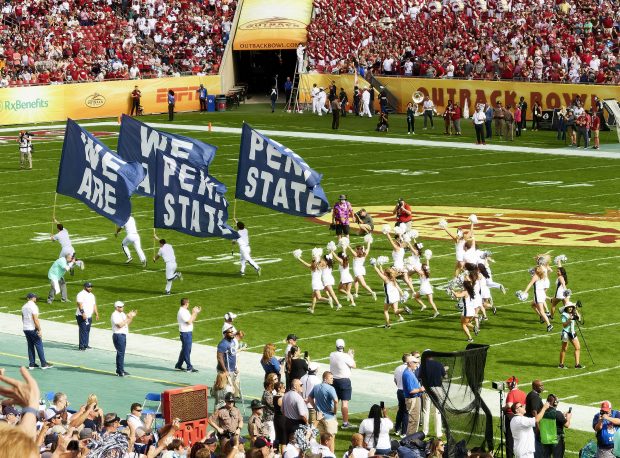 Each year, more than 2,000 young performers from across the United States come together to march, dance and perform in front of 65,000 fans eager to cheer them on at Raymond James Stadium.
The Coca-Cola Halftime Show kicks off with performances by the college marching band and dance teams of the two schools facing off in the Outback Bowl. Following, is the famed mass band performance, featuring 30 high school bands and more than 300 dancers in mesmerizing routines. 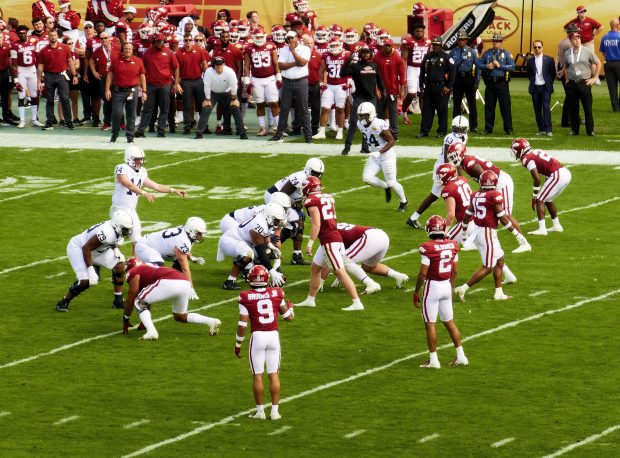 Francis Fedor Photos
Arkansas rushed for 361 yards, the most against Penn State this season, and averaged 6.2 per attempt in a 24-10 victory at Raymond James Stadium.