While most Valencia Lakes residents were home December 23, busily preparing for the holiday, a parade of 20 golf carts, gaily decorated and lighted, many with seasonal music, was spreading joy throughout the community. Led by organizer Rodney Davis, the two-hour parade meandered through every street in the community. The resounding seasonal tunes on the lead cart alerted residents that the parade was near.
In past years, the winner for best decorated cart was awarded a “traveling pillow.” Davis said they decided to do things a little different this year. Instead of having one prize, each participant was declared a winner and given a “goodie bag.”
This was the 9th annual December holiday parade Davis has coordinated at the Wimauma 55+ complex, comprised of 1,600+ homes. 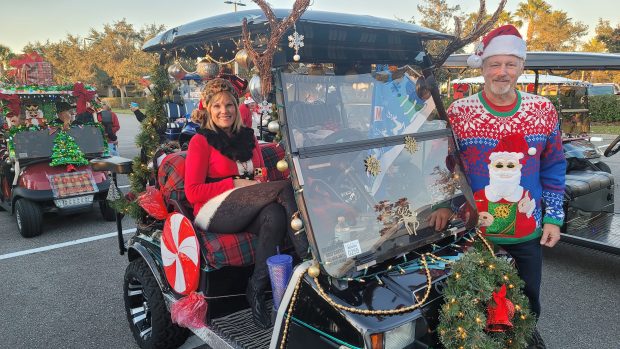 Zandra and Joe Lumia hail from Yorktown, Va. Valencia Lakes has been their home for three years. 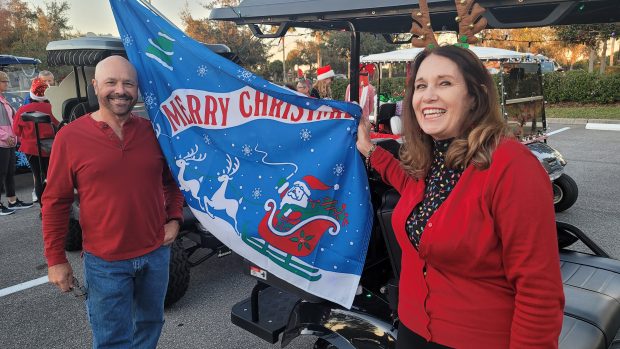 Dennis and Jeanette Verhoeven arrived in Florida only a month ago from Spokane, Wash. They happily joined the fun in their new community. 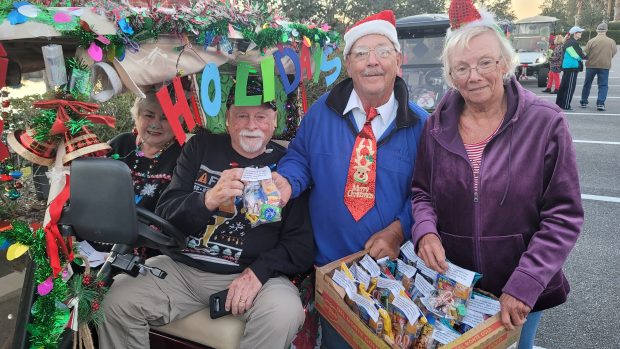 Every participant was a winner this year; they took home goodie bags. Distributing the “prizes” to Sylvia and Michael Albritton are Rodney Davis and Alice Cooper. 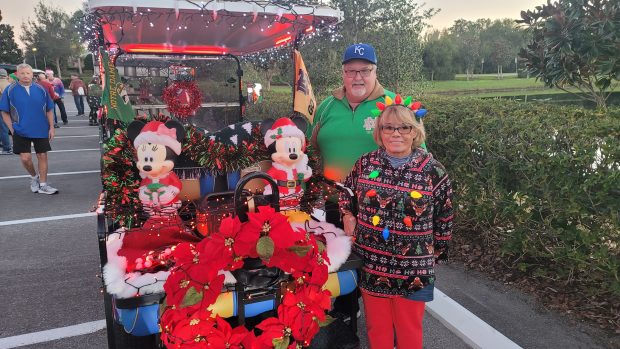 BILL HODGES PHOTOS
This was the fourth holiday parade for Marge and Keith Cotter. They won last year.

Tampa hosts Arkansas and Penn State in the Outback Bowl