The GFWC Ruskin Woman’s Club hosted Breakfast in Santa’s Village, Dec. 11, and by all accounts it truly was, as billed, “a taste of the North Pole.” The event raised $8,472 in proceeds that will go directly into the club’s college scholarship fund for graduating local high school seniors.
The event attracted 45 adults and 41 children. Indoors, they were treated to a full breakfast, prepared by Chef Neal Bostic; the kids visited Santa and had pictures taken with him and his bride; and guests took chances on some incredible gift baskets.
Outdoors, little ones played all kinds of winter-wonderland-themed games, won “cash” and got to pick out prizes in the toy store. The Grinch Village and Penguin Bowling, for example, were huge hits.
“It was a great community event,” said Cheryl Deleon, event chairwoman. “Each year it gets bigger and bigger, and we have plenty of room to grow. Neal Bostic built all of the sets outdoors, and he’s already thinking of more for next year.”
Deleon said many of the kids simply didn’t want to leave. “The more “bucks” they won, the more games they wanted to play,” she continued. “I’m sure each of them had their eye on a special toy.”
Club President Kat Sherwood agreed. “We were delighted to be able to hold this event for the community,” she said. “In addition to the outdoor games, children were so excited to meet Santa and Mrs. Claus. The turnout was wonderful.” 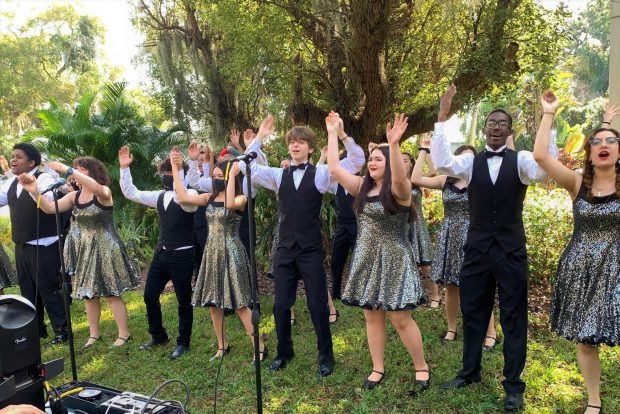 The East Bay High School Sounds of Time were on hand at Breakfast in Santa’s Village to perform a variety of Christmas songs. DJ CC Spinz also provided music throughout the event. 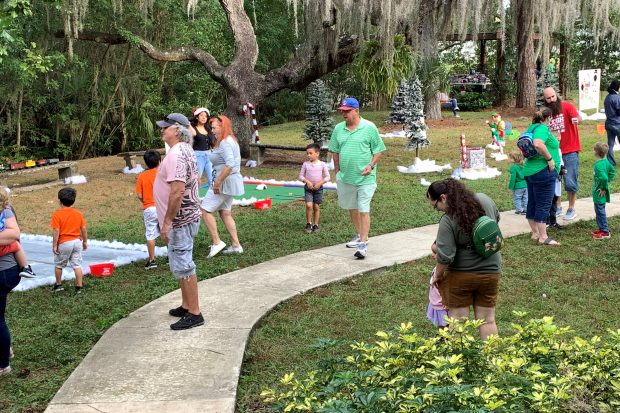 The GFWC Ruskin Woman’s Club went all out this year to provide all kinds of fun activities for children at Breakfast in Santa’s Village. 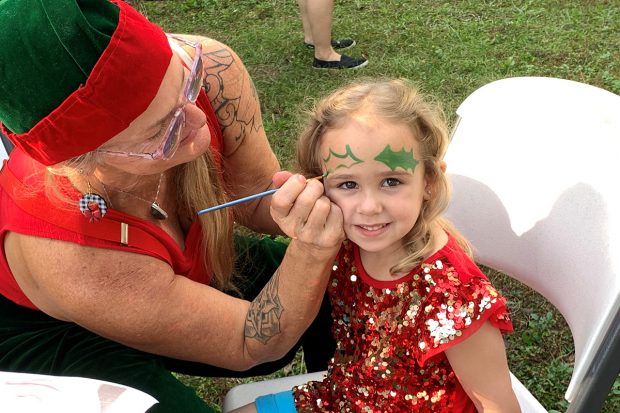 Wendy Foss paints mistletoe on the face of Sophie Hasson, of Ellenton, who came to Breakfast in Santa’s Village with her Aunt Kay (Heims). 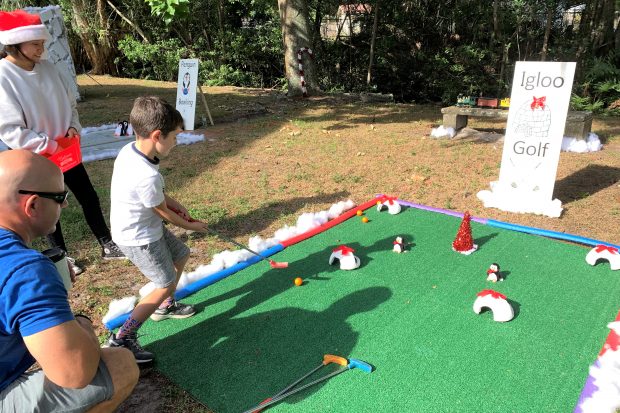 Braxton Ellis, 6, of Palm Harbor, tries to putt a ball into an igloo to win “cash,” which could be accumulated and redeemed for a toy at the recent Breakfast in Santa’s Village at the Ruskin Woman’s Club in Ruskin. 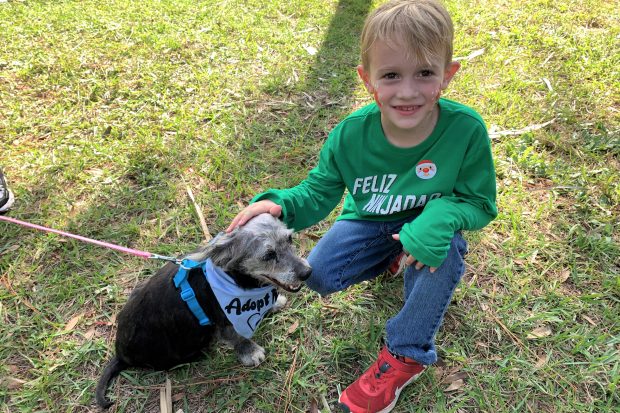 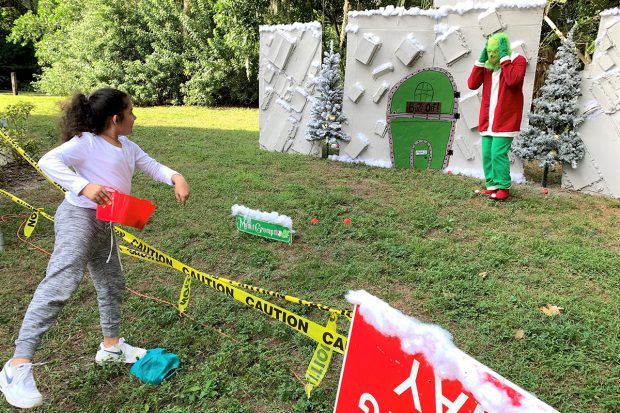 LOIS KINDLE PHOTOS
Eight-year-old Alana Brown, of Ruskin, tries to hit the Grinch as he emerges from behind the Grinch Village at the recent Breakfast in Santa’s Village. The event raised $8,472 for the annual Ruskin Woman’s Club Scholarship Fund.