Elaborately decorated golf carts on a beautiful December 4 day brought smiles and cheers all along the parade route.
The annual Sun City Center Golf Cart Parade that COVID forced on hiatus in 2020 came back with gusto this year. The “Together Again” theme set the tone for a show of SCC community spirit second to none. Participants vying for prizes included 28 individuals, groups and businesses. Also in the parade were several carts with Hillsborough County dignitaries and vehicles from the Sherriff’s Department and Emergency Squad. The SCC Radio Club and Security Patrol were on hand to help with communications and traffic control. 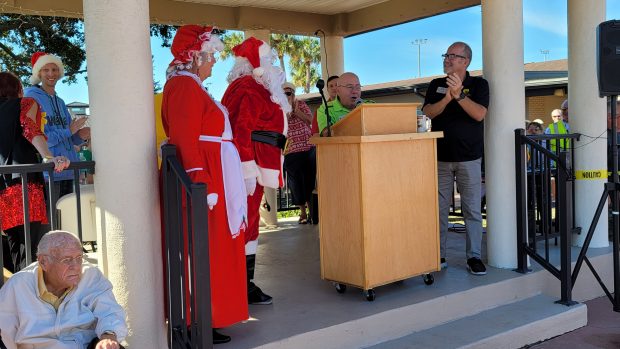 When the parade reached the route end on Cherry Hills Drive, drivers parked their carts on the Central Campus grounds around the bandstand, giving everyone the opportunity to “ooh” and “ah” them up close and personal. Community Association President Bob Sullivan greeted the crowd, and Larry Smith, parade chairman, thanked planning committee members. Trophies and prizes were announced by judges from Boggs Jewelry (Jo Boggs), Sun Radio (Vern Hendricks) and WaWa (Van Graziano). 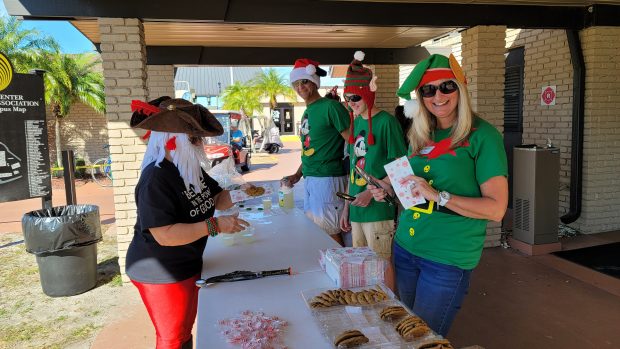 An entry by Kay and Tom Emigh and Kathy Mitchell won in the Individuals category for Snoopy and a trailing Red Baron. The Swim Dancers took home the Group’s first place with a colorful flamingo cart and Nearly New won the Business category with its mini shop depicting wares offered. All three were awarded golf cart trophies. Second and third place winners received gift certificates. 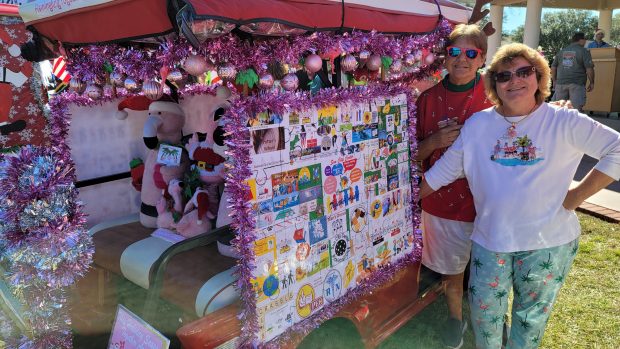 Truly capturing the “TOGETHER AGAIN” theme spirit, the SCC Needlecrafters collected symbols for all the SCC clubs and displayed them on two “puzzle” posters (Debbie Palladin-DuRant, Rose DuRant).

Raffle drawings that included all the cart entrants made more winners happy with gift certificates and CA Entertainment Series show tickets.
The Security Patrol had its cart that is being raffled this year on display and was selling tickets for a drawing on December 11.
After the parade, the SCC Community Association treated visitors to cookies and lemonade.
A video of the parade is being prepared and will be seen on You Tube and on the TV in the CA Atrium Building in a couple of weeks. It will also be posted on the Friends of Sun City Center Facebook page. 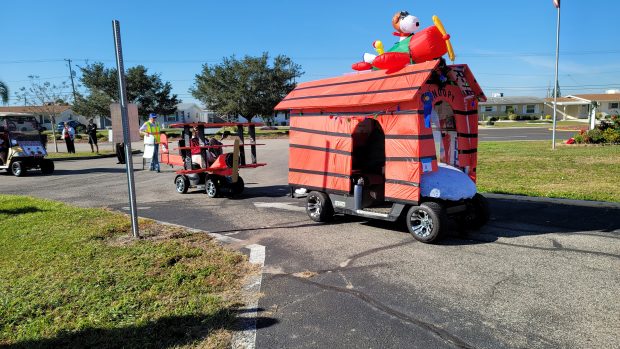 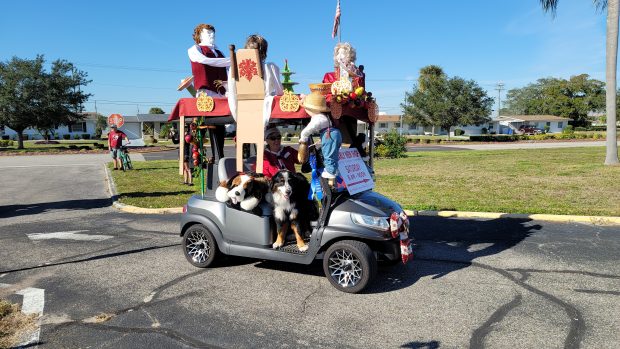 Nearly New was a rolling advertisement of the shop’s wares. It won First Place for Business (Dee Kelly). 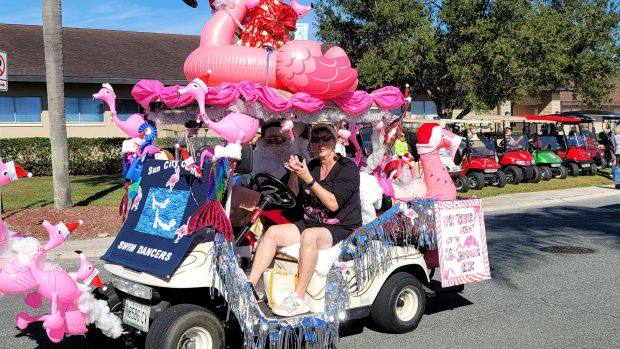