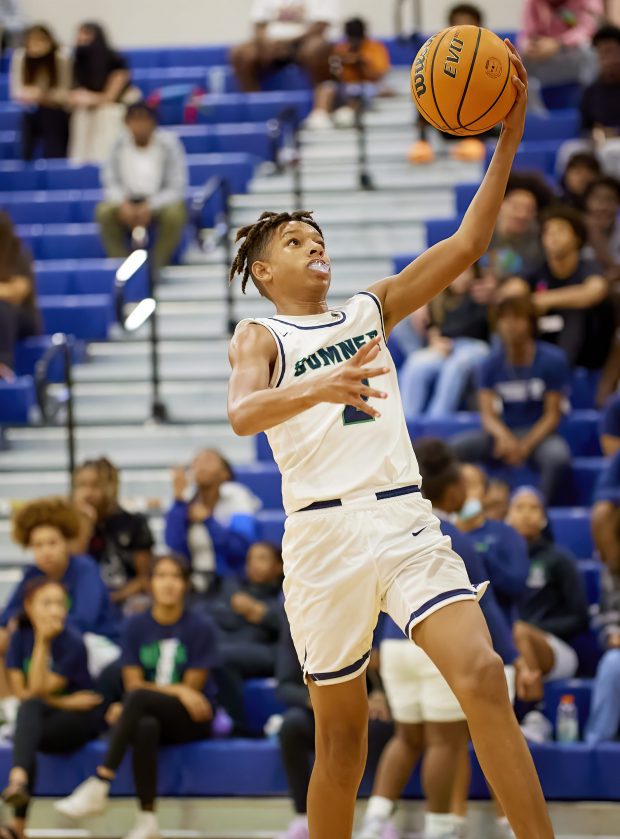 Sumner started the week on a high note, defeating South Shore rival Lennard 69-44, and that win extended the Stingrays’ early season winning streak to three games. Sumner started fast vs. Lennard and built a 30-17 halftime lead. The Stingrays were led by freshman Caleb Williams who scored 15 points in the win. Senior Gerrald Morris kicked in 13 points, and fellow senior Tyrell Smith added 12 points. Sumner increased its first-half point production by almost 10 in the fourth, ending any Longhorn hopes of pulling out a win very early in the third period. The win sent the Stingrays crowd home happy. That would end as Sumner hit the road for two games against evenly matched squads. The first test came as the Stingrays traveled to Newsome HS on Dec. 8 and posted their first loss of the season. Sumner and Newsome traded leads most of the first three periods and were even after three periods of basketball. The Newsome Wolves used the fourth quarter to stymie the high powered Sumner offense, holding the Stingrays to scores on only three of their fourth quarter possessions, all 3-pointers, giving Sumner its first loss with a final score of 58-46. The Stingrays followed up the Newsome loss with a Friday night, Dec. 10, 14 point road loss to conference opponent Palmetto, 85-71.
Sumner looks to get back on track and travels to Jesuit, its 3rd road game in a row, on Dec. 17, to play its last game before the long holiday season break, resuming play vs Plant HS at home on Jan. 4th. The Stingrays will have a tough road test but will battle to go into the break on a positive note. 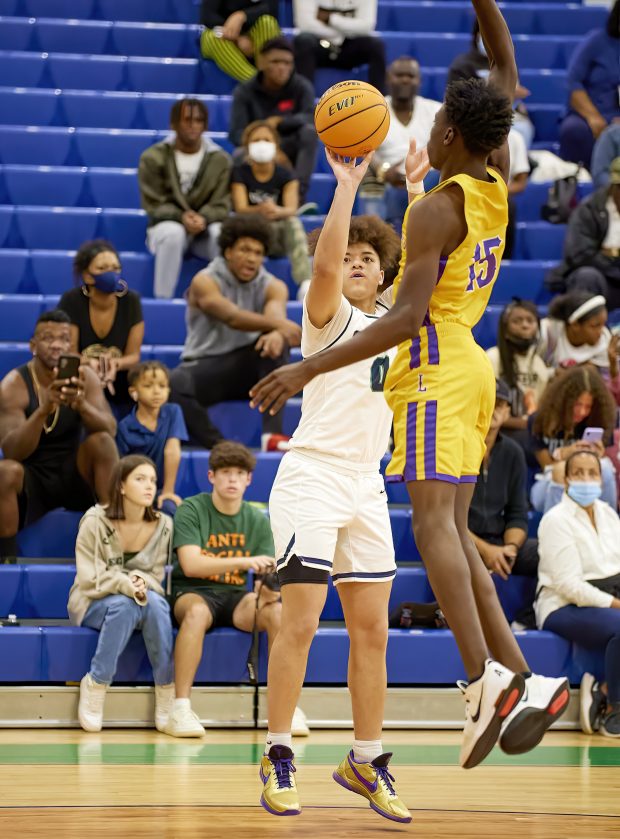 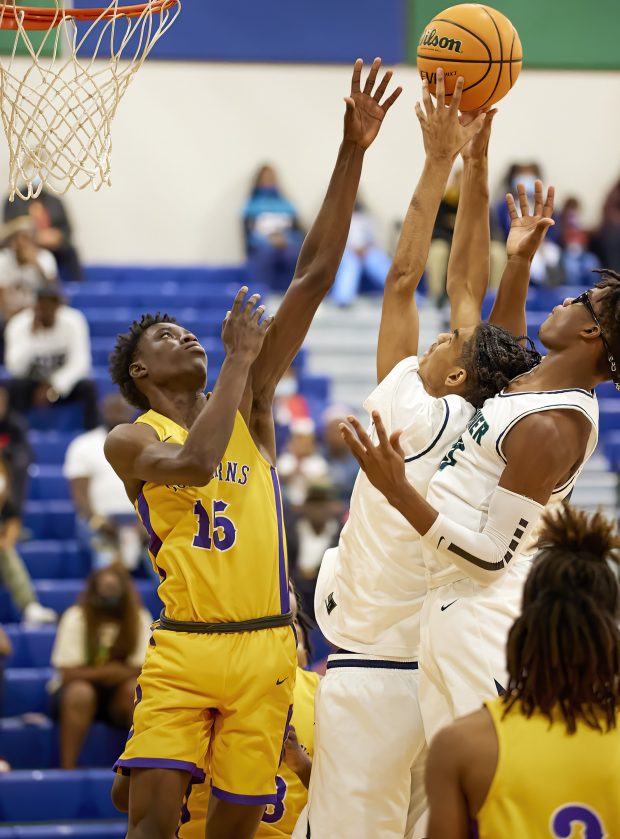 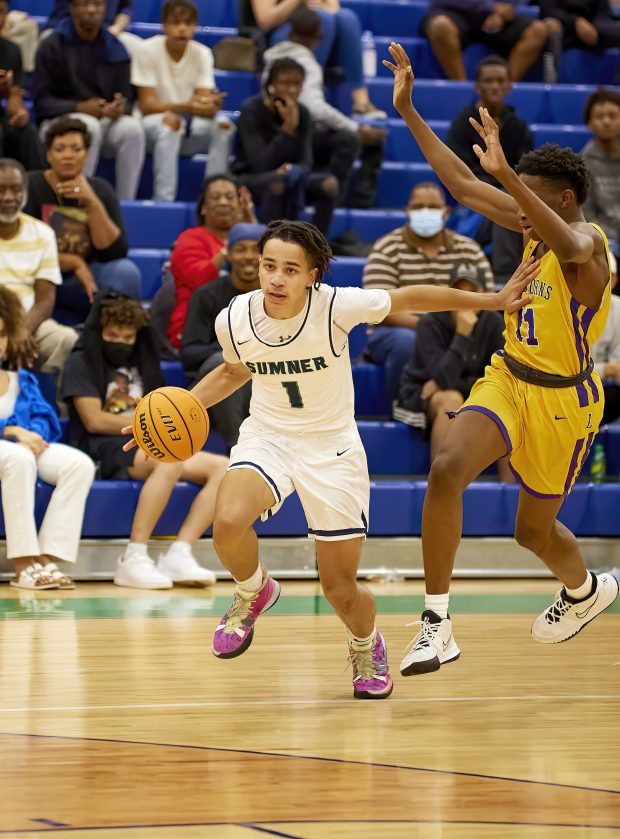 FRANCIS FEDOR Photo
Sumner senior Tyrell Smith makes his way past a Lennard defender on his way to the hoop. 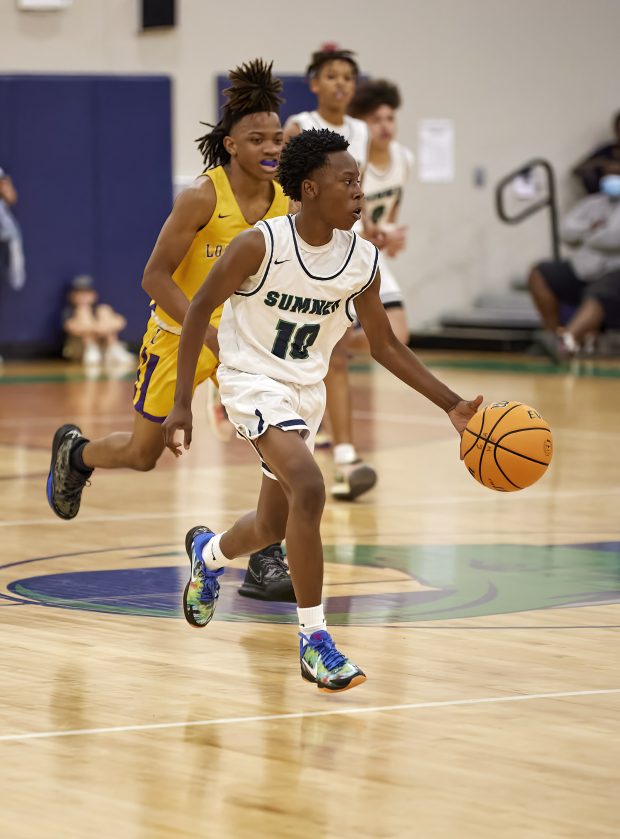