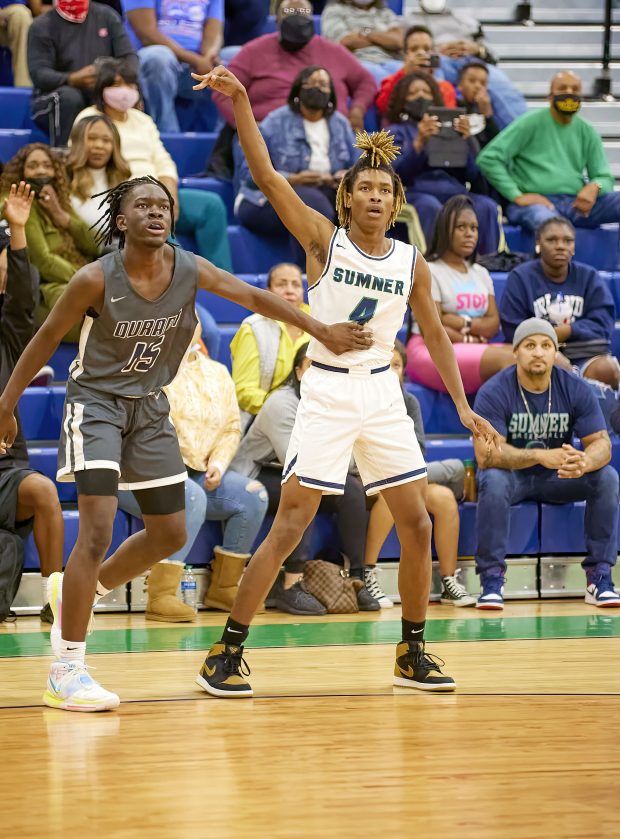 Sumner Senior Jadyn Ward takes a shot before a Durant defender could impact the attempt.

Stingray basketball opened at home on Tuesday, Nov. 30, by beating visiting Durant HS for a 20-21 season rematch where Sumner lost by 70-36. The Stingrays were up to the challenge of the Cougars, staying within striking distance all game. Sumner held the lead at halftime, 34-32. The Stingrays saw Durant score on consecutive possessions to open a four-point lead with under two minutes left in the game. The Stingrays scored with just under a minute to pull within two and stopped the Cougars setting up a dramatic finish. Stingray standout guard Izzy Vargas pushed the ball up court and drew the defense to himself where he moved the ball into the hands of freshman Caleb Williams to connect on an open three pointer at the buzzer to send the gym into a frenzy. Williams led all scorers with 22 points, with six three-point FG’s. Stingray Senior Tyrell Smith contributed 15 points, and center Christian Henley pulled down eight rebounds and blocked four shots in the win. It was a great way to open the season against a team that they had lost to by over 30 in their last meeting. 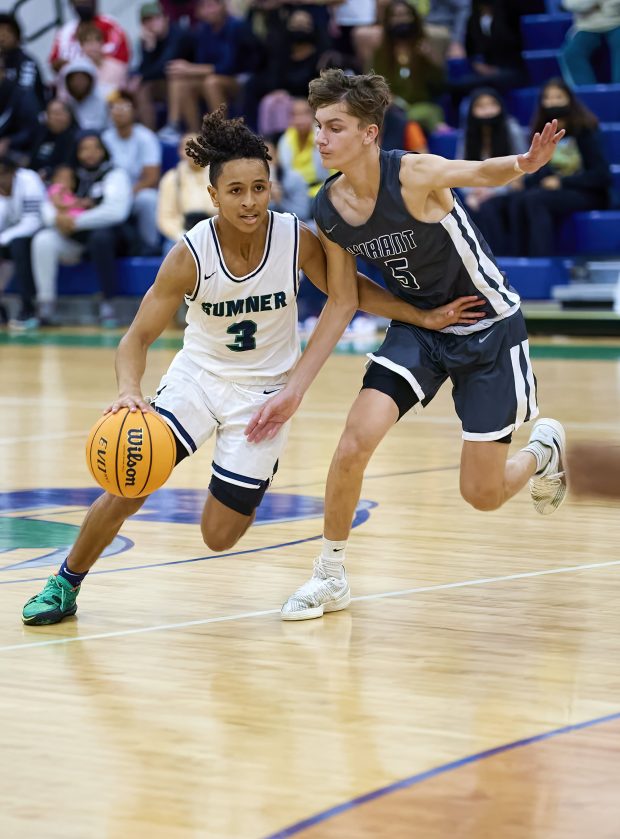 Sumner’s Izzy Vargas goes around a defender late in the game.

Sumner followed up the dramatic win over the Cougars by traveling to East Bay for a Wednesday night, Dec. 1, match-up between schools less than 10 miles apart. The Stingrays would run out to a 30-15 lead by halftime, playing strong defense and making the most of their possessions. East Bay collected itself and made a run of its own to pull to within a point at 41-40 in the fourth quarter. Sumner would answer that run with strong efforts by Stingrays Tyrell Smith and Christian Henley and hold off East Bay down the stretch and secure the 10-point victory, completing the undefeated first week for Sumner High.

As this edition goes to press, the Stingrays will have played Lennard on Dec. 7 at 6:30 p.m. at Sumner HS before going on the road, traveling to Newsome on Dec. 8 at 6:30 p.m. and Palmetto on Dec. 10. Look for those updates in next week’s edition of The Observer News. 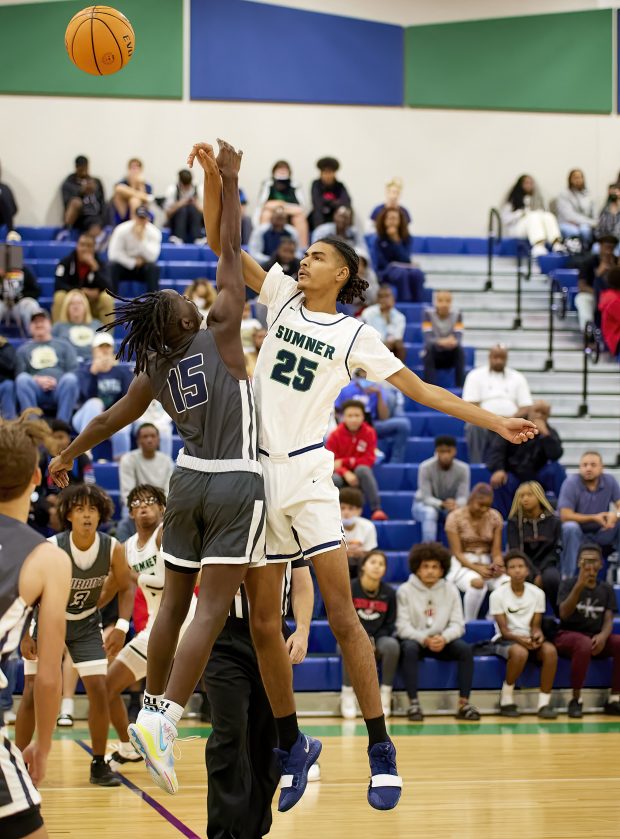 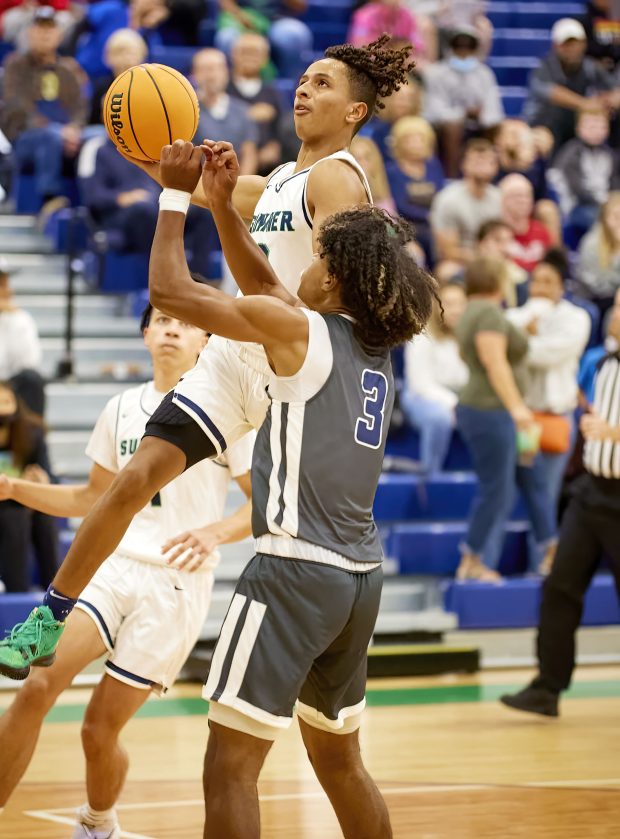 Stingray guard Izzy Vargas drives to the basket against a Durant defender.